Sean Spicer is getting his own political talk show, "Spicer & Co."

The show will cover what "everyone in America is thinking about, but no one is asking or talking about," he says 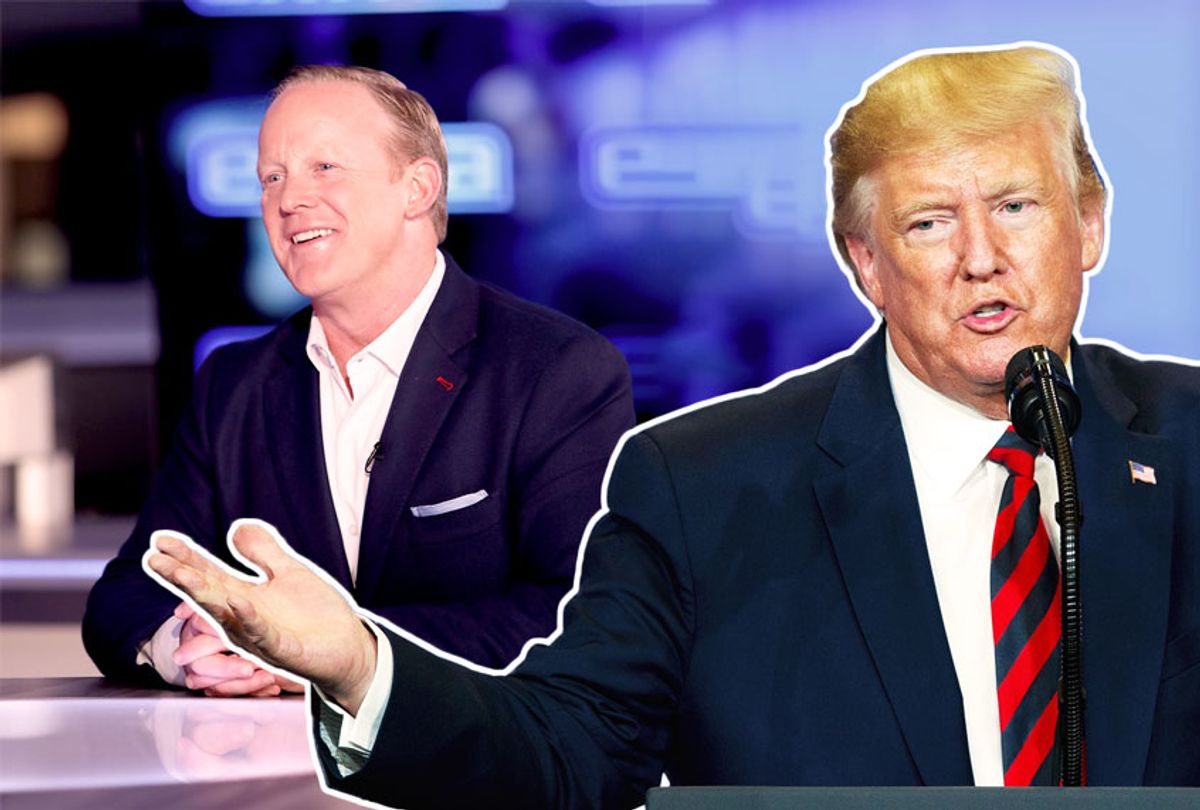 The program will debut on March 3 at 6 p.m. on Newsmax TV and air during the weekdays, according to a press release Spicer tweeted on Thursday morning. The show will be broadcast near the White House and include "an ensemble of Washington insiders, experts, journalists and power brokers to analyze the day's top headlines from the Beltway and the key news from the U.S. and the world."

"I've had a front-row seat to how Washington works at the highest levels – in the White House, Congress, the Pentagon, and K Street," Spicer said in the statement. "We are going to invite our viewers into a conversation that is totally unique. We will ask the questions and cover the topics that everyone in America is thinking about, but no one is asking or talking about."

Trump's former press secretary has kept himself in the public eye despite having been out of office for more than two years. He made a surprise cameo at the 2017 Emmy awards and then last year competed on ABC's "Dancing With the Stars," in which he and other celebrities were paired off with professional dancers in a contest to win the mirror ball trophy. Earlier this week, he announced on Cameo that he would deliver a personalized Valentine's Day greeting for $199, and on Thursday the White House announced that he will join the President's Commission on White House Fellowships.

Spicer became a controversial figure while serving as Trump's press secretary. Because his press conferences were often heated and contentious, Trump once told The Washington Post, "I'm not firing Sean Spicer. That guy gets great ratings. Everyone tunes in." Spicer defended a number of Trump's most infamous lies, including claims that his inauguration had broken attendance records, that he would have won the popular vote had it not been for widespread voter fraud, that former President Barack Obama had wiretapped Trump Tower, and that Adolf Hitler had not used chemical weapons.

After leaving office, Spicer expressed regret for aspects of his conduct but never admitted to lying. "There were times where I screwed up. There's no question about it," Spicer explained. He resigned in July 2017 because he was unhappy with Trump's decision to hire Anthony Scaramucci as his communications director. That said, Trump had been reportedly unhappy with Spicer for months earlier because of comedian Melissa McCarthy's impersonation of him on "Saturday Night Live." The president allegedly felt that Spicer looked "weak" because he was being played by a woman. Spicer himself described the sketches as "cute" and "funny," although he did suggest that McCarthy "dial back" a bit and that she should "slow down on the gum chewing; way too many pieces in there.