Despite dropping from the Democratic presidential race, he still could make an impact on the 2020 election 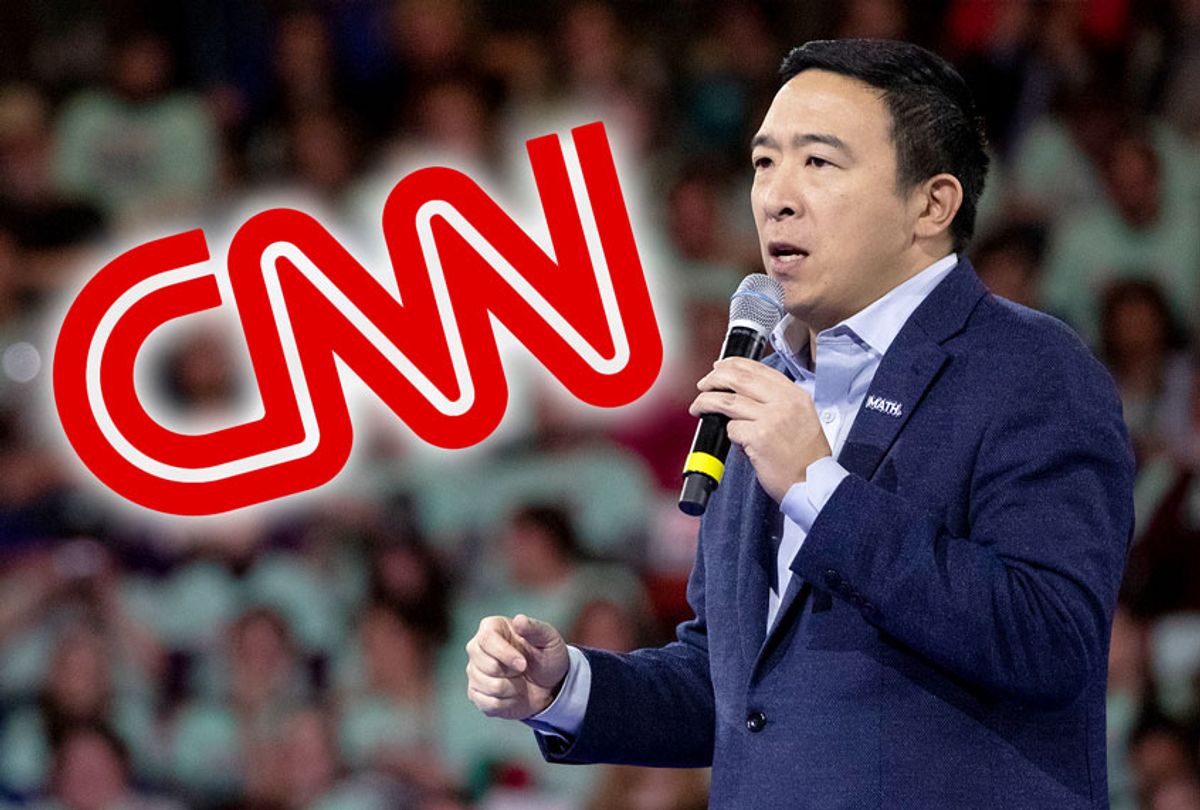 Andrew Yang could still make an impact on the 2020 election. The entrepreneur and philanthropist who dropped out of the Democratic presidential race last week, announced on Wednesday that he will be joining CNN as a political commentator.

In an initial tweet on Wednesday, Yang announced that he would appear on CNN later that night to talk about the debate. He later confirmed his new role with the network, tweeting, "I'm excited to join @CNN to help shed light on the election and the candidates' experiences. Learned a lot these past months and am glad to contribute to the public discussion."

Yang's 2020 campaign was unique in a number of respects. Along with Tom Steyer, he was one of two entrepreneurs running for president in the Democratic primaries who had never held an elected office. He drew more of his support from young voters than any other candidate, with 71% of followers identifying as 45 or under according to a Morning Consult poll in January. He had a number of high profile celebrity backers including Twitter CEO Jack Dorsey, Tesla CEO Elon Musk, actor Nicolas Cage, rapper Childish Gambino, and comedian Dave Chappelle.

Perhaps most notably, Yang built his following through unconventional media appearances. After he appeared on podcaster Joe Rogan's program "The Joe Rogan Experience" in 2018, Google searches for Yang's name and donations to his campaign skyrocketed. He later appeared on Fox News host Tucker Carlson's program and on the hip-hop news radio show "The Breakfast Club." His campaign also welcomes support from the imageboard website 4Chan.

The Yang campaign had also aroused controversy because of its popularity online with more aggressive groups. In March, BuzzFeed News published a report about how many of Yang's online supporters harassed people and used bigoted language. White nationalists like YouTuber James Allsup and alt right activist Richard Spencer and neo-Nazi websites like The Daily Stormer all expressed enthusiasm for Yang in one form or another.

When asked last year about donations from online posters with hateful ideologies, Yang campaign manager Zach Graumann explained, "It would obviously bother anybody if there were hate-fueled donations coming through our guy, that's not what we stand for. But if tens of thousands of people hear his message and say it will be helpful for their lives — whether through MSNBC or Fox News — that's the campaign we want to build."

Yang focused his campaign on what he referred to as a "freedom dividend," or a universal basic income (UBI) of $1,000 each month for every American citizen. On his campaign website he argued that a UBI "increases entrepreneurship because it provides for basic needs in the early lean days of a company and acts as a safety net if the business fails." He also claimed that it would boost the economy by increasing consumer spending, create 4.6 million jobs and grow the economy continuously.

Yang also made history as one of the few Asian Americans to ever run for president (the first was Sen. Hiram Fong, R-Hawaii, in 1964), as well as being one of two Asian Americans in the 2020 presidential race (the other is Rep. Tulsi Gabbard, D-Hawaii). In addition, Yang was one of the last people of color to remain in the Democratic race before he dropped out.

Yang was also unique among the Democratic candidates in focusing on autism initiatives. On his website he wrote, "One of my boys is on the autism spectrum — I know how invaluable resources and intervention can be, particularly if adopted early on. Families struggle with this in very personal ways." He later added, "These children have something unique to offer."