Democrats could face a disaster at a brokered convention. Here's how the DNC can avoid it 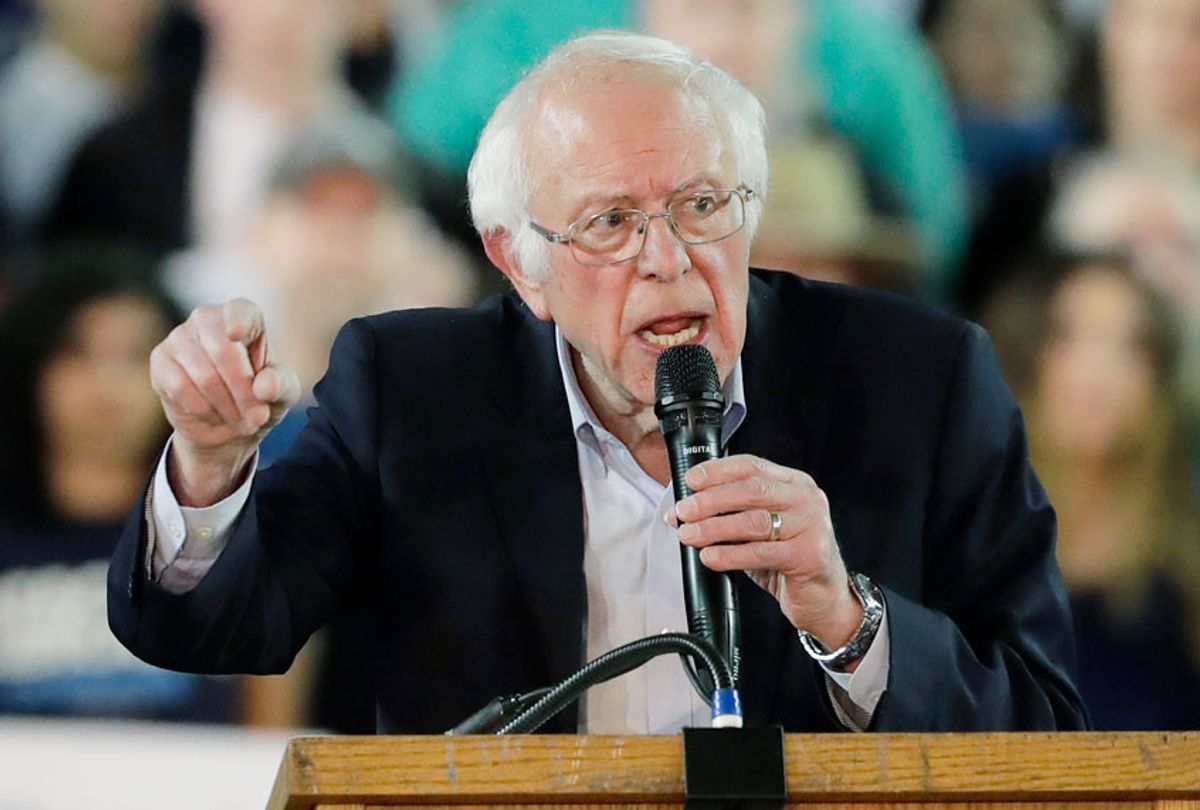 The straightforward question almost slipped unnoticed into the bloodbath and sharp elbows that was Wednesday night's Democratic debate.

Chuck Todd, the moderator of NBC's "Meet the Press," posed this hypothetical to all six hopefuls: If the primaries end with every candidate short of the necessary delegates to claim the nomination on the first ballot, should the candidate who arrives at the convention with the greatest number of delegates be the party's nominee?

The answers suggested that all six candidates believe that a brokered convention is increasingly likely, as the large and ideologically fractured field — studded with both billionaires and committed small-donor bases able to fund candidacies all the way to Milwaukee this summer — feels little need to exit the race and every incentive to amass delegates and influence, then see what happens.

Only Sen. Bernie Sanders said that the candidate who arrives at the convention with the most delegates — even if he or she falls short of the necessary majority — should be the party's nominee. Sanders, of course, could very well find himself in that position this summer, a delegate leader without the power to clinch the party's nod.

In that situation, the other five candidates agreed, the Democratic convention should unfold according to the party's rules. If no one collects 1,991 delegates on the first ballot, additional rounds would ensue until someone passes the magic number. Superdelegates — an assortment of party elders and elected officials — would also be able to cast ballots beginning with the second round.

Political junkies have long fantasized about a brokered convention. It's the stuff of high political drama and backroom intrigue. Candidates would wheel and deal, a compromise candidate could emerge from the shadows, future best-sellers like "Game Change" would be birthed in convention center corridors and Milwaukee hotel suites.

Both sides have a point. On one hand, the rules are the rules. A nominee needs a majority of delegates for a good reason: A party's standard bearer ought to be the person with the broadest support, not simply the passionate backing of a small plurality.

But a brokered convention, with the Democratic establishment and party elites determining the nominee after 18 months of campaigning and millions of primary votes determined a clear favorite, would be a terrible look, potentially tear the party apart, and grease the re-election of President Trump. Elites shouldn't determine the winner. A majority of people should.

There is a tested way to determine a real winner from a divided field, and dozens of American cities and nations around the world already use it to ensure fair elections and winners with genuine majority support. It's ranked choice voting, which allows voters to put their favorite candidates in order. RCV elections work like an instant runoff: Voters rank their choices. If someone captures 50 percent of the vote, he or she wins, like any other election. If not, the candidate who finishes last is eliminated, and those second-choice ballots come into play. This process continues until someone wins a majority, or until a decisive head-to-head match-up is created.

Democrats already understand that this process leads to the fairest outcome. Five Democratic primaries and caucuses will use RCV this year: Nevada for early voting, and all voters in Kansas, Wyoming, Alaska and Hawaii. These states embraced RCV in order to maintain the best of a caucus — the ability to realign if your favorite candidate falls short of viability — without forcing voters to spend hours at a caucus site.

Now Democrats face another conundrum, and once again, RCV is the solution.

After all, the answer to Chuck Todd's debate question on Tuesday night was revealing. Sanders' five rivals almost certainly believe that none of them will have enough delegates to win the nomination outright. Their strategies now hinge on Sanders falling short as well, followed by a consolidation of runners-up, an anti-Sanders bloc, and superdelegate support pushing someone else past the Vermont senator.

Just imagine the chaos that would ensue. Sanders' forces could bolt the convention, maintaining that the outcome had been rigged. The Democratic nominee could become a candidate who didn't emerge from primary season with the most delegates or votes. The establishment might crown the winner behind closed doors. It's a recipe for dissension and dis-unity.

On the other hand, the party is right to want a nominee with the broadest possible support. If Sanders arrives in Milwaukee with 35 percent of the delegates, for example, that means that some 65 percent of Democrats preferred someone else as their first choice. A plurality win simply isn't good enough. It falls short of a majority and it falls short under these rules.

For this year, the DNC could make a bold choice: clarify that pledged delegates will cast a ranked choice ballot. Let the delegates that were elected determine the majority winner. The Democratic nominee will be the candidate that elected delegates can agree on. It might be Sanders (who in head-to-head polls right now handily defeats Bloomberg) or someone else. But that candidate will be more electable because that candidate will have earned a majority.

For the future, party leaders shouldn't get to overwhelm everyone else in some backroom. RCV would allow voters to make the call. Second and third choices allow the complexity of every voice to be heard in full. It rewards campaigns that build coalitions and gather support across the party. And it produces a result that no one can deride as rigged by superdelegates or super-elites.

Both parties should make this change, as this trap is not going away. Large fields, wealthy candidates, and small-donor bases appear to be the new reality for presidential nomination battles. Rather than let the elites decide, let's enhance the power of the people to have their voices heard in determining the candidate best able to unify the party.