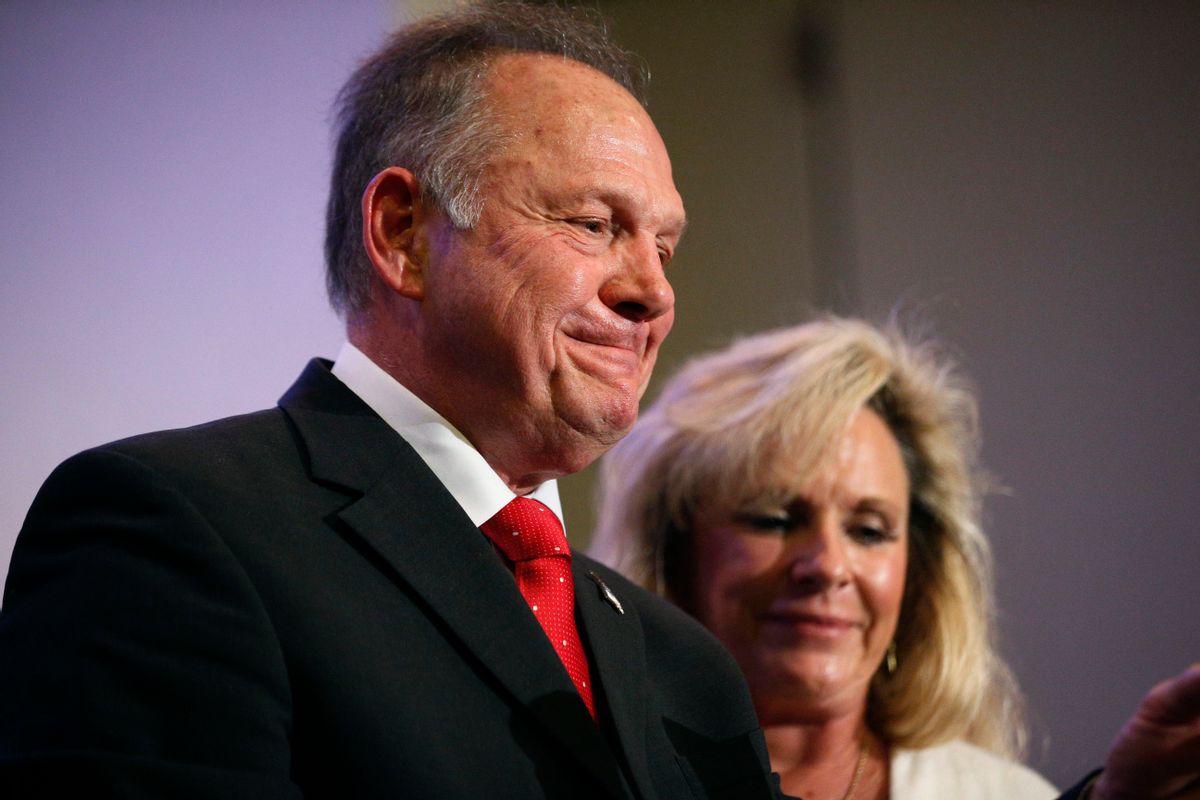 Roy Moore, the disgraced judge who lost the 2017 special election for Jeff Session's former seat in Alabama amid multiple allegations of sexual misconduct, went down in flames on Tuesday in his effort to once again earn the GOP nomination.

After resigning from his position as attorney general for President Donald Trump in the heat of the Russia probe, Sessions competed in Tuesday's Republican primary against Moore. However, with 91% of precincts reporting Wednesday morning, Sessions also failed to win the party's nomination outright.

Sesssions trailed former Auburn University football coach Tommy Tuberville by a margin of nearly two percentage points, according to The New York Times. Because neither Tuberville nor Sessions received a majority of the votes cast, the Alabama Republican Party will hold a run-off election on March 31 to determine whom gets the change to face off against incumbent Democratic Sen. Doug Jones.

"Tonight, it looks like a great night for us and a bad night for the swamp," Tuberville told his supporters in a party after the election.

Sessions' post-election speech touted the former senator's ties to Trump in spite of his unceremonious firing.

"Anyone can say they are for the Trump agenda, but talk is cheap. But I have fought on the great issues of our day and won," Sessions said. "I have stood alone on facts and principles and won."

Trump did not reciprocate Sessions' support, taunting his former attorney general in a Wednesday morning tweet. Sessions endured a very public falling out with the president over his decision to recuse himself from special counsel Robert Mueller's investigation into the 2016 Trump campaign's ties with Russia.

"This is what happens to someone who loyally gets appointed Attorney General of the United States & then doesn't have the wisdom or courage to stare down & end the phony Russia Witch Hunt. Recuses himself on FIRST DAY in office, and the Mueller Scam begins!" Trump wrote.

Moore's distant fourth place finish was a big flame out for the former judge, who once seemed to be a shoo-in to win Sessions' former senate seat. But the Moore campaign was derailed by multiple sexual misconduct accusations. Among them, a woman named Leigh Corfman accused Moore of molesting her when she was 14 and he was 32. Another woman, Beverly Young Nelson, alleged that Moore tried to force her to perform oral sex on him when she was 16 and he was 30.