In a video posted to Twitter, the "Jeopardy!" host shared a heartfelt message and some jokes with fans 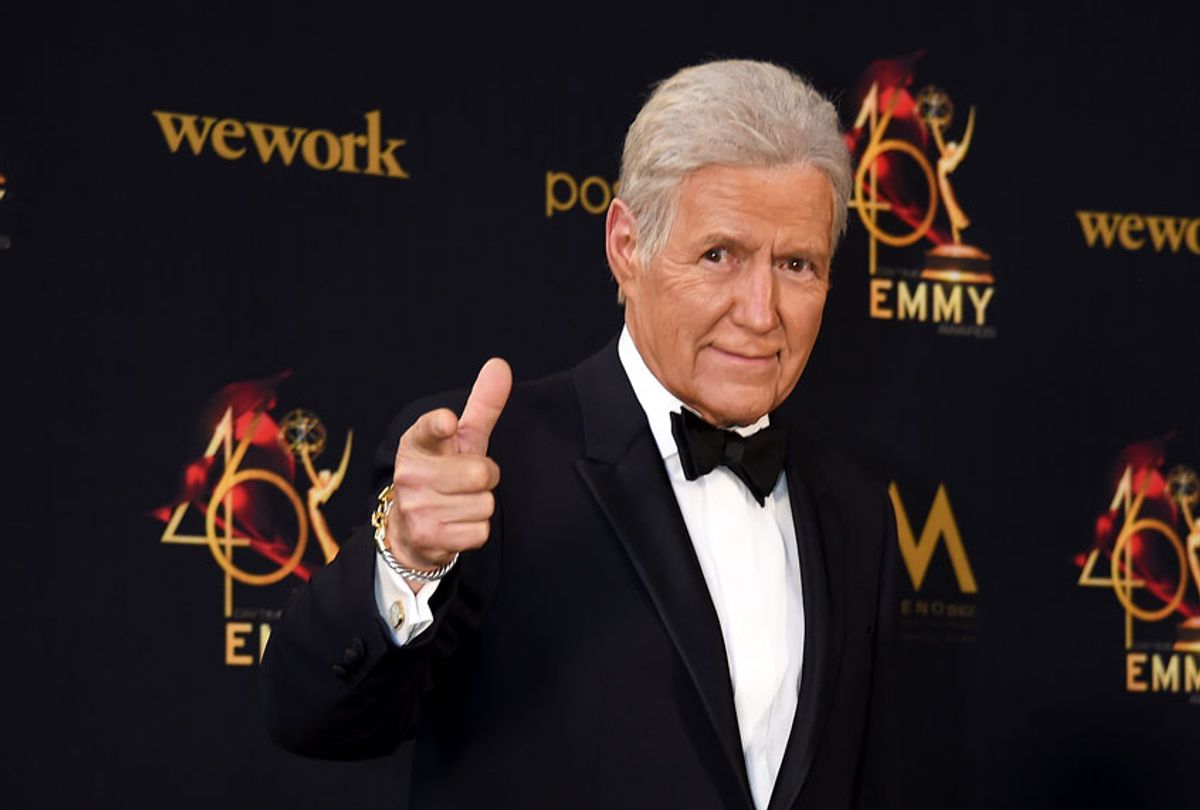 Alex Trebek poses in the press room during the 46th annual Daytime Emmy Awards at Pasadena Civic Center on May 05, 2019 in Pasadena, California. (Gregg DeGuire/Getty Images)
--

"Jeopardy!" host Alex Trebek offered good news to his fans on Wednesday by announcing that he has now survived with pancreatic cancer for one full year.

In a video posted to the official "Jeopardy!" Twitter page on Wednesday, Trebek told his fans that he is "very happy to report" that he has reached the one-year mark for surviving stage 4 pancreatic cancer, a milestone that only 18% of those diagnosed with the condition ever meet. He admitted that the journey has not been "an easy one" and added that "there were some good days, but a lot of not-so-good days. I joked with friends that the cancer won't kill me, the chemo treatments will."

Yet according to Trebek, although there were days "that made me wonder if it really was worth fighting on," he did not want to betray his wife and "soul mate" Jean, the cancer patients who look to him for hope and his own belief in God.

Trebek concluded, "You know my oncologist tried to cheer me up the other day. He said, Alex, even though the two-year survival rate is only 7%, he was certain that one year from now, the two of us would be sitting in his office celebrating my second anniversary of survival." He told viewers, "If we take it just one day at a time, with a positive attitude, anything is possible."

Since being diagnosed with pancreatic cancer last March, Trebek has emerged as an advocate for spreading awareness of the condition. He starred in a public service announcement in October, telling viewers that pancreatic cancer is "the only major cancer with a five-year survival rate in the single digits" and that "I wish I had known sooner that the persistent stomach pain I experienced before my diagnosis was a symptom of pancreatic cancer. Other common symptoms can include mid-back pain, unexplained weight loss, new onset diabetes, and the yellowing of the skin or eyes."

That same month Trebek told CTV's chief anchor Lisa Laflamme, "There are weaknesses I feel in my body but I can always suck it up when it comes to tape the show." He added that he noticed more difficulty in his enunciating his words but that the audience was forgiving him for that, concluding, "I'm not afraid of dying. I've lived a good life, a full life, and I'm nearing the end of that life. If it happens, why should I be afraid of that?"

Trebek's fans found memorable ways of expressing support for the iconic game show host. A "Jeopardy!" contestant named Dhruv Gaur wagered $1,995 of the $2,000 he had earned that night in order to use his final "Final Jeopardy!" answer to write, "We love you Alex!" The game show host got noticeably choked up as he reviewed Gaur's answer.