"Nobody sits down and thinks, 'I think I'll take a really irresponsible risk'" 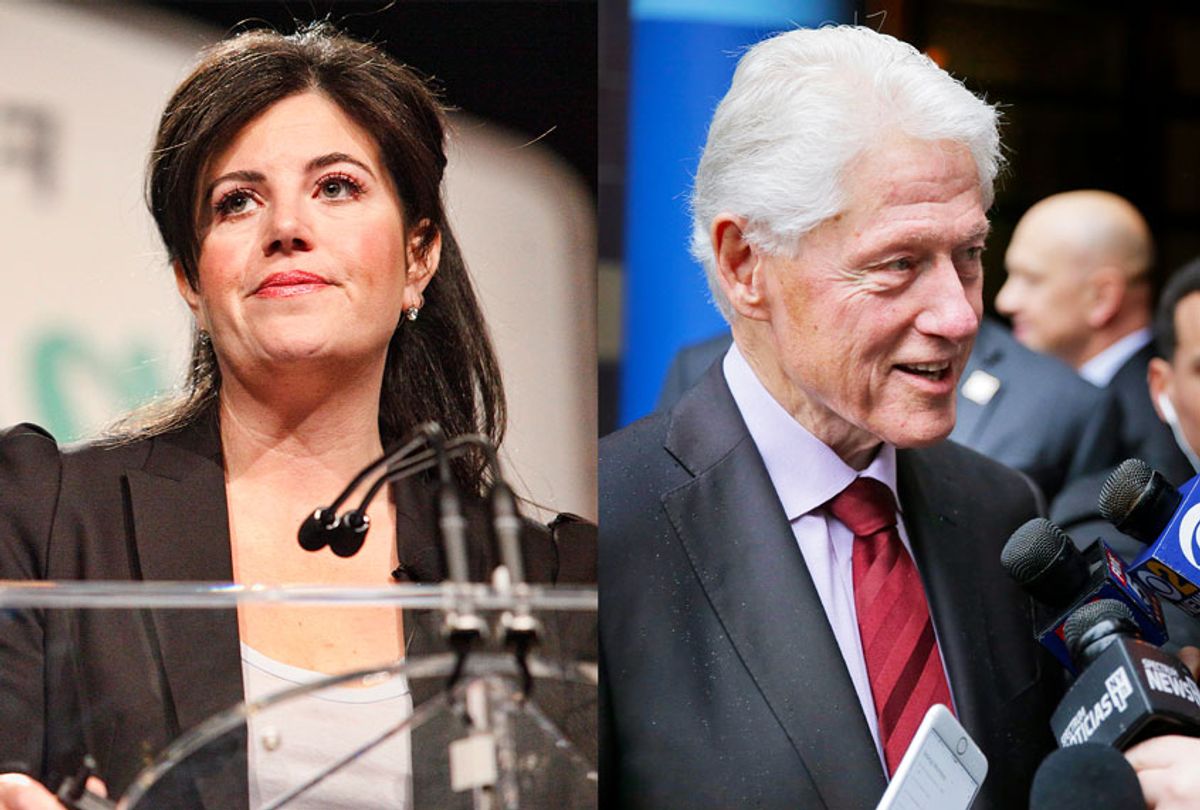 Former President Bill Clinton reveals in a new docuseries that he had an extramarital affair with Monica Lewinsky to "manage" his "anxieties."

"Nobody sits down and thinks, 'I think I'll take a really irresponsible risk,'" Clinton says in "Hillary," which premiered on Hulu on Friday. "It's bad for my family, bad for my country, bad for the people who work with me."

"You feel like you're staggering around. You've been in a 15-round prizefight that was extended to 30 rounds, and here's something that'll take your mind off it for a while," the former president continues. "Everybody's life has pressures, and disappointments and terrors. Fears of whatever. Things I did to manage my anxieties for years."

At another point in the documentary, Clinton says, "We all bring our baggage to life, and sometimes we do things we shouldn't do. It was awful what I did."

However, some Twitter users were skeptical about the two-term president's explanation:

Monica Lewinsky has previously spoken out about her affair with Clinton, which culminated in his impeachment by the House of Representatives.

"Do I wish I could erase my years in D.C. from memory, Eternal Sunshine of the Spotless Mind – style? Well, is the sky blue? But I can't," Lewinsky wrote for Vanity Fair in 2018. "And in order to move forward in the life I have, I must take risks — both professional and emotional. (It's a combustible combination.) An important part of moving forward is excavating, often painfully, what has gone before."

Lewinsky acknowledged that same year that her affair with Clinton took on a new meaning after the #MeToo movement. In a separate piece for "Vanity Fair," she wrote that "the dictionary definition of 'consent'? 'To give permission for something to happen.' And yet what did the 'something' mean in this instance, given the power dynamics, his position, and my age?" As she noted, Clinton was not just her boss but also "the most powerful man on the planet" and "27 years my senior."

Clinton was impeached in 1998 for lying under oath when asked about his affair with Lewinsky amid a sexual harassment lawsuit brought by Paula Jones. He was also accused of obstructing justice during the special counsel investigation of his conduct. Senators voted 55-45 against the charge of perjury and were split 50-50 on the obstruction of justice charge.

Clinton is one of three presidents who was impeached. The first, Andrew Johnson, was accused of violating a law that barred him from firing Cabinet members without Senate approval. Donald Trump was impeached in December after withholding $391 million in military aid to Ukraine while pursuing investigations into his political rivals.

Though he was never formally impeached, Richard Nixon was headed toward near-certain impeachment for the Watergate scandal before he resigned from office.