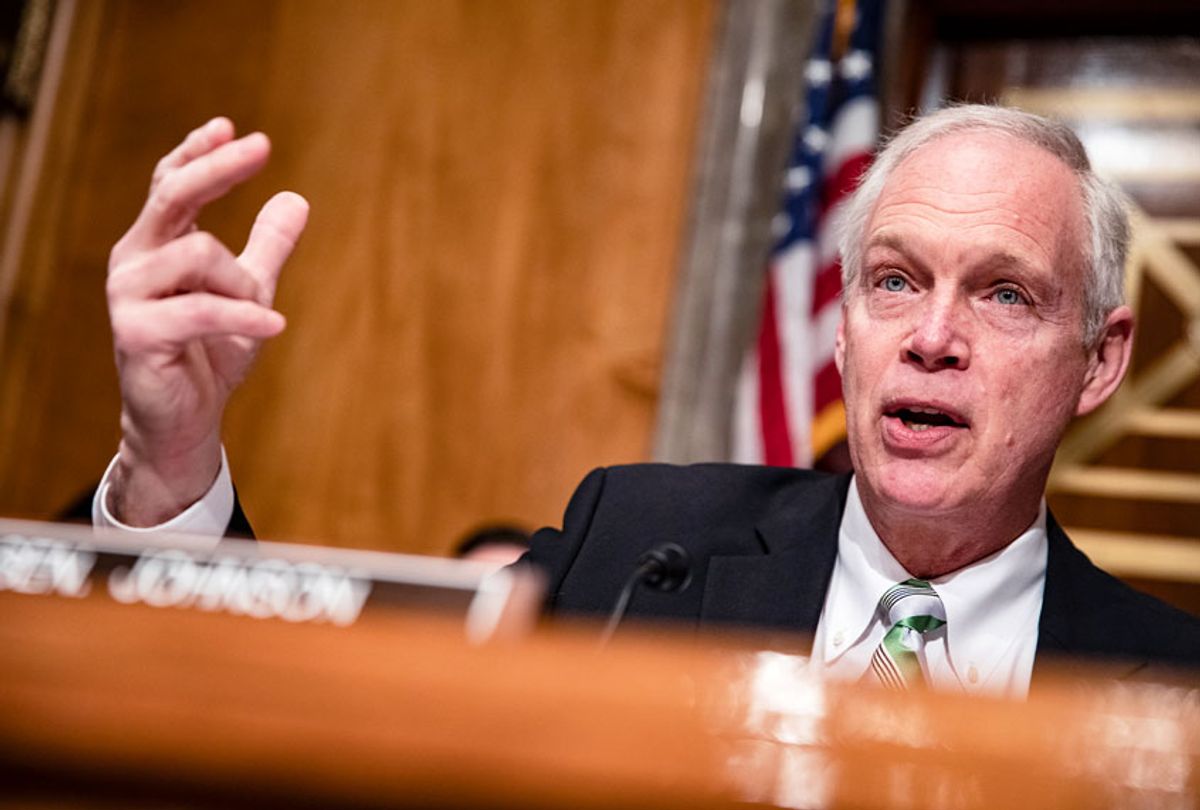 Sen. Ron Johnson, R-Wisc., appeared to suggest on Tuesday that he did not believe the American economy should be shut down despite the possibility of millions of deaths from the new coronavirus.

"I'm not denying what a nasty disease COVID-19 can be and how it's obviously devastating to somewhere between 1 and 3.4 percent of the population," Johnson told the Milwaukee Journal-Sentinel in an article published Wednesday.

Despite acknowledging that the coronavirus was deadlier than the flu, Johnson argued that "getting coronavirus is not a death sentence except for maybe no more than 3.4 percent of our population, (and) I think probably far less."

Because the Census Bureau estimates that America has roughly 329 million people, Johnson was effectively downplaying the potential deaths of more than 11 million Americans.

"Wisconsin's Republican Senator Ron Johnson, @TheWorstSenator, continues to spend his time playing down the severity of #COVID19," he added.

Johnson has a history of engaging in controversial methods of furthering President Donald Trump's agenda. He told The New York Times last week that "one thing the press has not covered at all is the people who have really recovered. Right now all people are hearing about are the deaths. I'm sure the deaths are horrific, but the flip side of this is the vast majority of people who get coronavirus do survive."

He also revived a discredited conspiracy theory about former Vice President Joe Biden after the Democratic frontrunner's victory in the crucial South Carolina primary. Johnson said he would issue a subpoena into Biden's son Hunter and his work for the Ukrainian natural gas company Burisma to determine if the former vice president helped cover up any criminal activity. Johnson later postponed the vote, but the news came after Johnson admitted in October that the underlying conspiracy theory surrounding the Biden accusations was false.

Other conservatives have downplayed the seriousness of the coronavirus pandemic last week. Ben Shapiro, the editor-in-chief of The Daily Caller, wrote that "the amount of sheer panic that seems to be roiling the public is overstated based on the available information." Former Fox Business Network host Trish Regan, who has since been pulled from her primetime hour, told her viewers "this is impeachment all over again. And like with the Mueller investigation, like with Ukraine-gate, they don't care who they hurt.." Rep. Don Young, R-Alaska, told a group of senior citizens and Chamber of Commerce members that the so-called "beer virus" was being "blown out of proportion."

Trump has also repeatedly lied about important details regarding the COVID-19 outbreak, including saying that a vaccine was being "rapidly" developed, claiming that diagnoses in the U.S. were "going very substantially down — not up" and contesting the World Health Organization's claim that the disease has a 3.4% mortality rate.