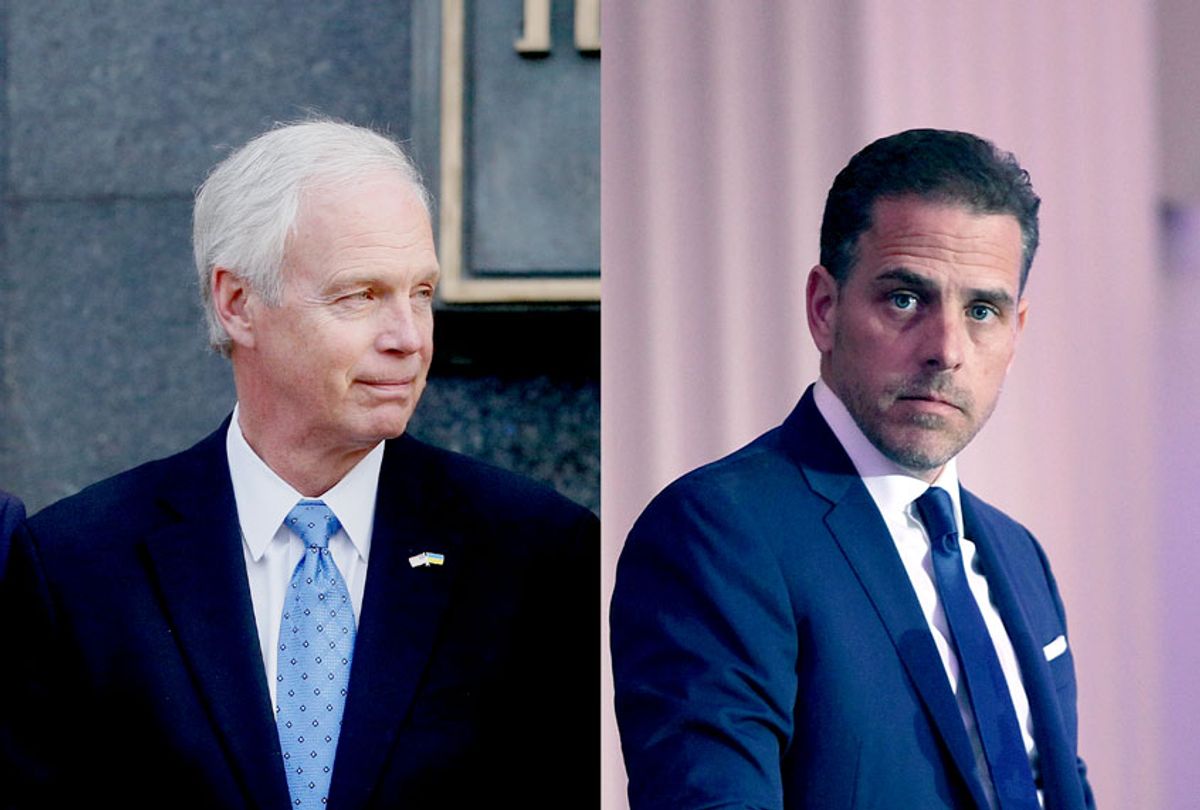 Johnson threatened to issue a subpoena for documents regarding Biden's son Hunter and his work for the Ukrainian natural gas company Burisma in a letter to members of his committee obtained by Politico.

The potential subpoena would seek records from the Democratic public affairs firm Blue Star. His letter cited documents suggesting the firm "sought to leverage Hunter Biden's role as a board member of Burisma to gain access to, and potentially influence matters at, the State Department."

Should the subpoena be issued, it would be the first in a joint investigation with the Senate Finance Committee.

The threat came after Biden emerged as the main challenger to Vermont Sen. Bernie Sanders for the Democratic presidential nomination following a nearly 30-point victory in Saturday's primary in South Carolina. Two of Biden's chief rivals for the moderate mantle, South Bend Mayor Pete Buttigieg and Minnesota Sen. Amy Klobuchar dropped out of the race and endorsed the former vice president following his decisive win in the southern state.

Some Republicans are concerned that Johnson's strategy could backfire. Senate Judiciary Chairman Lindsey Graham, R-S.C., has said his colleagues should "take very cautiously anything coming out of the Ukraine against anybody." Senate Finance Committee Chairman Chuck Grassley, R-Iowa, and Senate Intelligence Committee Chairman Richard Burr, R-N.C., have also voiced their worries.

Trump was impeached in December after it was revealed that he withheld $391 million in military aid to Ukraine as he sought investigation into the Bidens. He justified his actions by citing a discredited conspiracy theory that the former vice president pressured Ukraine into firing a prosecutor named Viktor Shokin for investigating alleged criminal activity by his son while he was employed by Burisma. No credible evidence supports that claim.

Trump's critics accused him of a quid pro quo, with the object of value being an investigation that would damage a political opponent. Harvard Law professor Laurence Tribe told Salon in November that there was "overwhelming evidence that President Trump abused his power and engaged in bribery and extortion by illegally conditioning the military aid Congress had voted for Ukraine upon President Zelensky's willingness to help him in the 2020 election by announcing an investigation into Hunter Biden."

Trump was acquitted by the Senate on a mostly party-line vote, with only Sen. Mitt Romney, R-Utah, defecting to support conviction on one of the two articles of impeachment.

Johnson previously admitted that Trump's conspiracy theory about the Bidens was inaccurate, telling the radio program The Vicki McKenna Show in October that "the whole world felt that this that Shokin wasn't doing a [good] enough job. So we were saying, 'Hey, you've . . . got to rid yourself of corruption."

One possible explanation for Trump and his fellow Republicans focusing on Biden is that the former vice president has consistently polled as the president's strongest potential opponent in the 2020 election. A source from the Biden campaign told Salon in a piece published earlier this month that they found the GOP's fixation on Biden to be "very validating . . . Joe Biden has always been extremely clear-eyed that the stakes in this are higher than they have been in generations because of what Donald Trump stands for. As soon as that news broke, it was instantly understood that Donald Trump did this because he's still afraid of Joe Biden."