Get to know Griffin Gluck, your new favorite boy next door with a dark side 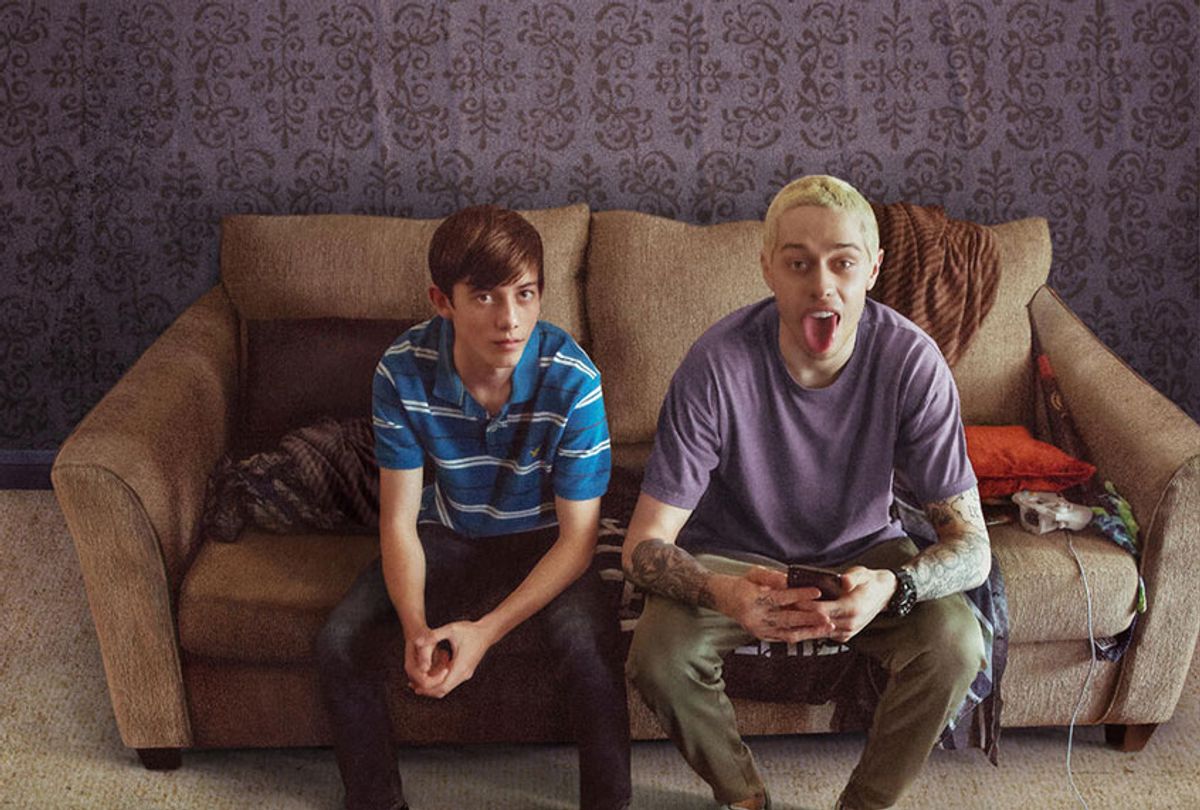 This conversation has been lightly edited and condensed for clarity.

While you're riding out these cooped up days scrolling through your various streaming platforms, why not use some of that time to discover your next favorite actor?

In any other reality, this would be Griffin Gluck's year. At 19, he's already amassed a string of memorable roles, most notably as high school investigative reporter Sam Ecklund in Netflix's canceled-too-soon mockumentary series "American Vandal" and the ardently earnest suitor Jack Dunkleman in "Tall Girl." More recently, he took a dark turn on the Netflix series "Locke & Key," and went from worshipful kid to juvenile delinquent in "Big Time Adolescence," which dropped on Hulu this month. Whether he's conveying innocence, shrewdness or menace — or frequently, all of the above — Gluck has a grounded authenticity reminiscent of the early work of shape shifters like Edward Norton and Christian Bale.

"American Vandal" was one of my favorite shows. It seems that you gravitate towards these parts and stories that have am edge of comedy that is right on the precipice of tragedy and sadness. I'm wondering how intentional that is. Or is that just because being a teenager is inherently comical on the precipice of sadness?

There's definitely something intentional. I gravitate towards those roles. I like the characters in stories who are real and grounded and are just naturally funny without trying too hard. Those are my favorite things because that's what I go through in my life, just being a teenager, being very funny and sad and just weird and awkward. I gravitate towards those roles that resonate with me as an actual teenager, instead of the ones that are like, "Oh I have to make it to prom and get there on time," like the usual teen stories go.

But I have a special place in my heart for the ones that have a real-life message, where not everything gets wrapped up in an hour and a half, or in a 30-minute episode. Some things, you know, they keep going.

Let me ask you about "Big Time," because your character has to help us understand and love Pete Davidson's messed-up character Zeke. There's a scene where your dad is saying, "I don't understand why my kids are so obsessed with this guy. I don't know what they see in him." Your character Mo has to believe that Zeke is the greatest thing since sliced bread, even though any grownup looking at him would see that guy's the biggest mess on the world.

I don't want to say parents don't understand their kids because that's just a generalization that does not ring true all the time. But I do think that this is a perfect example that some people — some kids especially — need to be able to make their mistakes on their own. They need to learn for themselves. It might be super obvious to an adult or a parent, like, "I've been in your shoes, and this is not going to end well." But there's no chance for a kid to know that if he can't learn it, or can't learn it for themselves, which is really important.

The thing that goes along with Mo and Zeke's dynamic that's important for people to understand is that there's a reason that Mo loves Zeke and loves to hang out with him. It's explained really briefly, but I feel like the importance of it can't be understated. Kids want to feel respected and cool. That's why bullying is such an issue, is it ruins kids' self-esteem. With Mo's character, he is a kid who no one likes; [he] feels like a social outcast except for one person. Zeke just treats him as a human, as a person, as an adult almost. Even though, yes, Mo is very much a kid, he's tired of being treated like one, which I think is something very common with youth. Kids want to live their own lives without people telling them how to do it. The important thing to take away from this, especially at the end of the movie, is not everything has a happy ending. Kids learn. They make mistakes, but they learn from them so much. There's nothing better than that then, making a mistake but learning from it.

You are a very convincing good guy. You have the look of a kid who would definitely walk your dog for you or trust your kids with. This year you've had a chance to play with that expectation a little bit, and to be the villain a little more. Is that also a conscious choice, where maybe you want to make sure you don't get cast just repeatedly as the "nice boy"?

Something I've been very conscious of is I never want to get stuck playing the same thing over and over again for the rest of my life. Obviously I look a certain way now, and I look like a teenager you can trust with your kids or to take your dog on a walk. But I also at some point need to grow up. Playing the villain is something that I'm really interested in and something that I get to mess around with in "Locke & Key," in the coolest, in the best, I think the healthiest way possible for me as an actor. That was dope because I got to play the good guy, play the kid that I'm comfortable playing, but at the end of the season, I take this really quick turn. [In] Season 2, I'm definitely going to be able to explore the dark side of the character, the nuanced side, which I haven't really gotten to play around with much.

You're in also this circle of other performers who are your age. There's a perception of what Gen Z is — growing up in social media, always being influencers, and promoting their brand or whatever that may be. I'm wondering what are we getting wrong? What are we as adults or journalists and the media not understanding about what it means to be a young performer and a young person in Hollywood right now? It seems like you're approaching it with a great deal of seriousness and intelligence and thought, and yet the perception I think is often very much more superficial than that.

I'm sure people are aware, but the youth nowadays are under so much more pressure and under so much more of a microscope with social media. Social media puts all of your best assets out there. And that's not truthfully it. Life has a lot more than just your Instagram posts. A lot of people think that Instagram is an accurate representation of someone's personality or what someone's going through. It's really just kind of a place to showcase the things that you like. It can be really detrimental to young people's health, and sets a really unhealthy precedent. Before, it was popularity in high school and bullying in high school, and now it's completely drawn over to Instagram. Kids really pay attention to that. People are really scared about that. And when you add that to the industry and kids in Hollywood who are under the same thing, it's almost scary. There's a lot of pressure. You always feel like you're under a microscope. People will nitpick you apart to the point where it drives you crazy. It's almost sad how unhealthy it is.

I had to take a leave of absence off of Instagram. I don't really like posting much just because a lot of the attention is really good, but the negativity speaks so much more loudly than the positivity, even if it's in much smaller amounts.

I'm really passionate about mental health and the effect of social media on kids, especially in the industry. They're so scared. They use it sort of as a power play. Like, "Oh, this kid has more followers. He's so much cooler than you." And really, who cares?

Is acting just one part of your global domination plan, or are you thinking in terms of how you're going to transition into more adult roles? What's the next step for you?

I am going to school right now. I'm trying to broaden my horizons. I feel like I can't see myself doing anything else for the rest of my life than being in this industry, but I definitely want to expand. I want to get into other things. I want to start writing my own stuff and taking some writing courses, some production courses, and learning how to make my own things. My dream is to have, I want to say, the Adam Sandler sort of experience, but to put my own spin on it, where you get to write, produce, direct, act in your own things, put a project together that you get to call your own. That's my goal, to be able to get my hands into every facet of the industry. That's, how you put it, my plan for world domination.

Both "Big Time Adolescence" on Hulu and "Locke & Key" on Netflix are currently available to stream.