Top chefs cook at home on a budget, too. Here are their secrets for getting it done.

Learn how to make delicious and efficient meals, plus shop smarter at your local grocery store or online 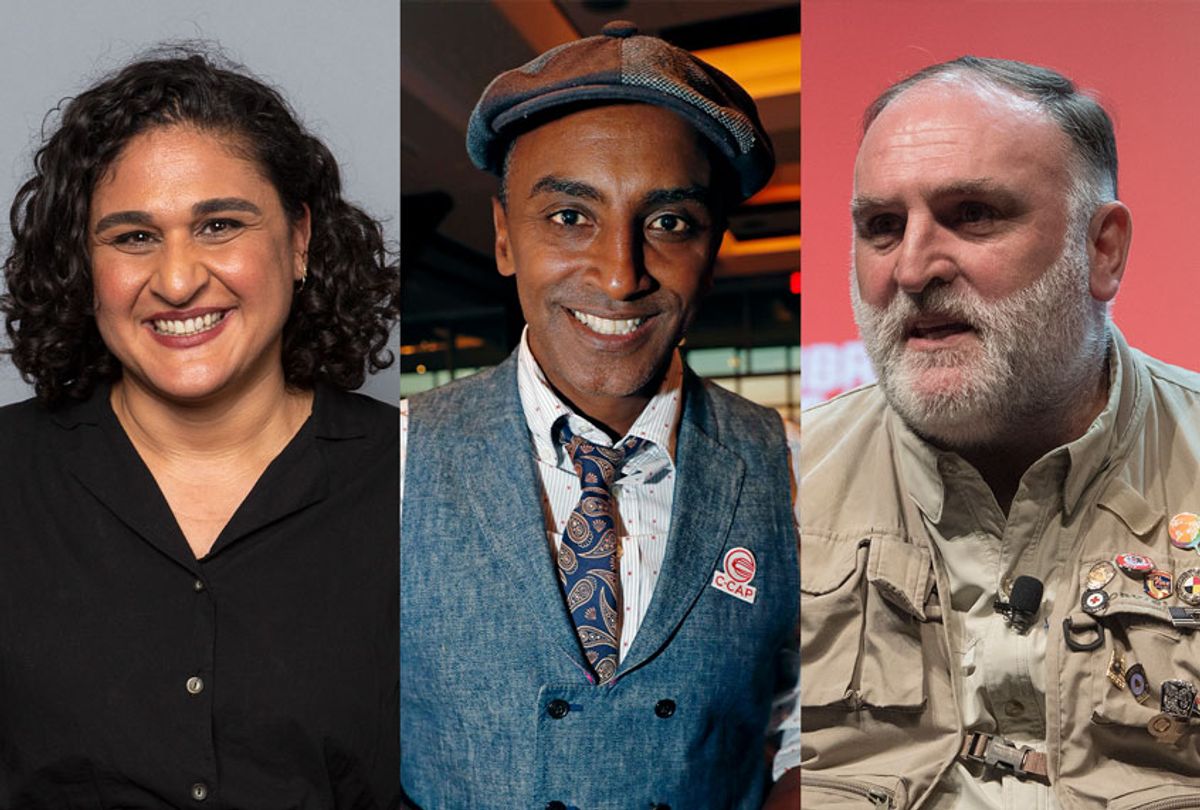 "Our idea of what it means to cook at home has gotten a lot more complicated, and my goal is to simplify it again. Dinner can just be a plate of scrambled eggs and toast."

Samin Nosrat, the author of "Salt, Fat, Acid, Heat" and star of the Netflix food and travel series of the same name, imparted her vast wisdom about food when she visited Salon. Anyone, Nosrat says, can learn how to cook.

At a time when home cooking may be your only option, it's a good reminder that there's nothing wrong with returning to the basics — especially when the mere thought of braving the grocery store can make you frantic.

At Salon, we learn a lot about cooking from the chefs and cookbook authors we invite on our show, "Salon Talks." Many of them own restaurants themselves, host TV shows and are celebrated around the world for their cookbooks and recipes. But when they talk about their favorite things to cook or what they would teach a home chef, their answers are not fancy at all. Meals prepared with few, intentional ingredients always shine through.

Below, you'll find some of these secrets of the craft — all shared during "Salon Talks" episodes — which will help you stretch your meals, shop smarter at your local grocery store or online and efficiently use your time at home to make delicious meals.

"If you want to cook with what people might say are 'lesser cuts,' that's where all the good stuff is," Samuelsson, the chef and owner of Red Rooster in Harlem and host of "No Passport Required" on PBS, told Salon's D. Watkins. "Cooking something on the bone will take a little longer, but it will set up several meals ahead. If you do oxtail one day, you can do a great pasta the next day and a fantastic sandwich or salad the third day."

José Andrés: Use vegetable scraps to create a flavorful stock

"Rather than compost the vegetables, we boil it and make a caldo — a vegetable stock. You add a little bit of salt, then you can add any other vegetable after they are finished, potatoes or some pasta," Andrés, the James Beard Award-winning chef and author of "Vegetables Unleashed," shared with Salon. "Right there, you have a great broth — a great consommé of vegetable that somehow they were about to be thrown in the garbage. It's a very smart way to be using vegetables."

Kwame Onwuachi: Use leftover peppers to make your own hot sauce

"It's so simple. Just take some peppers, any flavor you want to add, any fruits, some vinegar, salt, oil," Onwuachi, the executive chef of Kith and Kin and author of "Notes From a Young Black Chef," shared with Salon. "Let it cook, or you can leave it raw and puree it in a blender."

Michael Symon: There's nothing like a perfect roasted chicken

"You need to know how to make great eggs, and you need to be able to roast a perfect chicken. If you can do those two things, you could do most anything else," Symon, the Food Network Iron Chef and author of "Fix It With Food," told Salon's Joseph Neese.

"I love a perfect roasted chicken. There's just something about taking a whole bird, putting different spices and aromatics and things in it. Place it in the oven, and an hour later, you have a great meal," he said. "My wife, when she was a vegetarian and a vegan, she would still cook for me. And she used to do a chicken dish, and we'd just call it Lizzie's chicken. And it was just a roasted chicken with lemon, thyme and sage. It's fantastic."

"With salt and pepper, life is pretty good," Music, the food director at Bon Appétit and author of "Where Cooking Begins," shared with Salon. "A lot of home cooks over complicate the seasoning part of it, and there's a lot of recipes out there that tell you to use half a teaspoon of this or that. And people think that if they don't have that, then they're going to make something that's boring or doesn't taste good. Smaller amounts of fewer variables made my kitchen manageable. It made it easier to keep track of what I had, and then I didn't throw stuff out as much."

David McMillan: If you run out of bread, try making a Dutch baby instead

"Mix eggs and flour together with milk inside of a pitcher. You can pour it into a hot skillet, and you'll have this beautiful impressive soufflé, of which you can add a multitude of different ideas that may come to your mind," McMillan, the co-owner of Montreal's Joe Beef who wrote "Surviving the Apocalypse: Another Cookbook of Sorts," told Salon last year. "You kind of look like a really good cook, and it's a great vehicle for sopping up sauce, and for sopping up protein and sopping up even vegetables."

"I've seen beautiful vegetarian versions online of green peas inside of a beautiful Dutch baby and cheddar cheese. It's just outstanding," he added. "When the skillet's hot, and you whip your ingredients properly and the oven's a convection, you can really get some big air."

Lidia Bastianich: A velvety Bolognese sauce will liven up any pasta

"Bolognese sauce is a sauce of two or three different kinds of ground meat, and usually it's the muscles — the tough part. And it's one way of really tenderizing it, and making it delicious and then dressing a lot of pasta with it,"  Bastianich, the James Beard Award-winning chef, restaurateur and author, told Salon.

"The question of a good bolognese is the steps — the onions, the sofrito, the little bit of carrots, little bay leaves, rosemary, cloves and so on down the line. You build the layers, and it's perking away," she continued. "It's slow cooking — two hours, three hours — for a good bolognese until the meat has sort of given all, and then all the herbs and then taking it back in. You have this velvety sauce and these morsels of delicious meat."

Mark Bittman: You probably already have ingredients to make the best pancakes

"The most comments I've had on recipes in my whole life have been like, 'I make your pancakes, and they're so great. And my kids love them, and they always work.' And the funny thing is, they are absolutely standard, run of the mill," Bittman, the award-winning food writer and author of the beloved "How To Cook Everything" cookbook, shared on "Salon Talks." "If you're going to make pancakes — egg, milk, flour, baking powder — it's a standard recipe. If you make it otherwise, they're not really standard pancakes. So it's a recipe that's, like, a cup of flour, a cup of milk, a tablespoon of baking powder, a little salt, a little sugar and egg."