Should we be playing video games now? 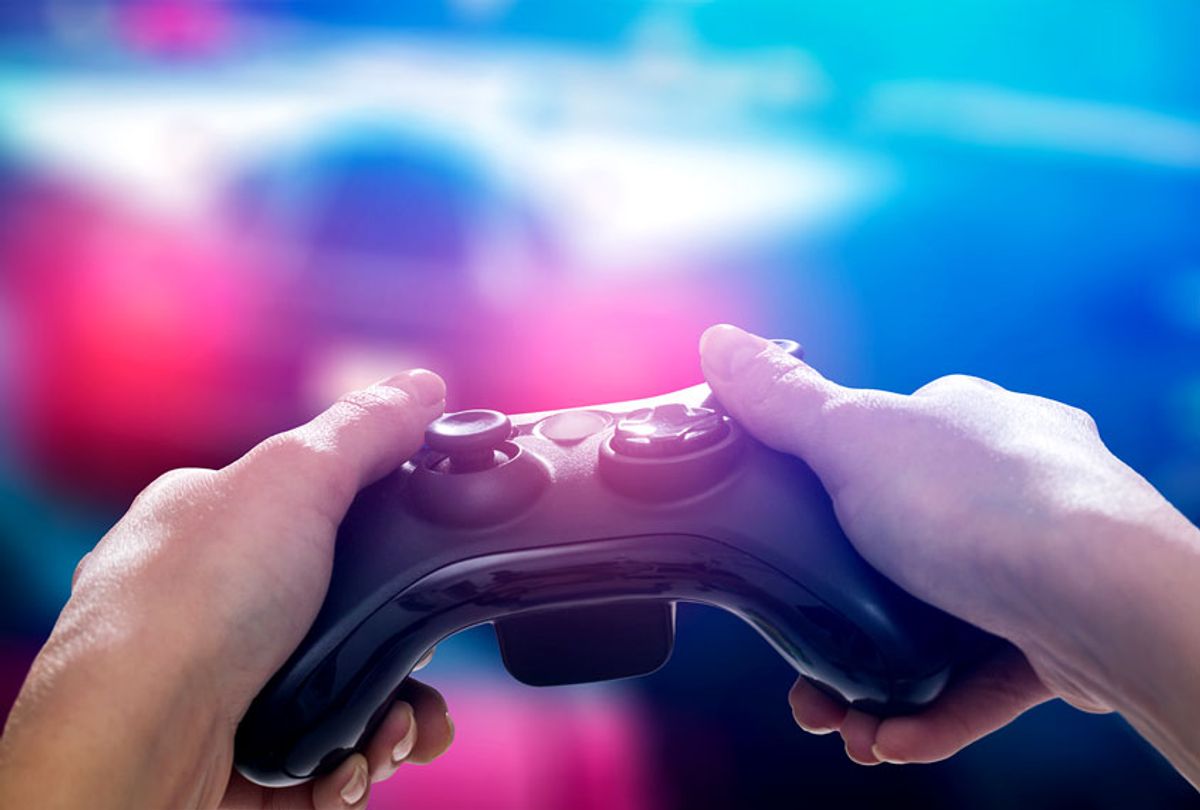 "Can I ask you a weird question?"

Emily and I are in the middle of a therapy session over video call. Instead of the usual shared space of my office, I'm looking into her kitchen, and she my basement. Outside, New York is undergoing an increasingly anxious lockdown as a global pandemic tears through its streets and neighborhoods. So, yes, now seems like a good time for weird questions.

"Should I be playing video games?" she wonders aloud.

It isn't such a strange thing to ask me. I've written a lot about the psychology of gaming and players—a fact that I don't attempt to hide from any of my patients. Before this session, Emily did not play games and had never expressed an interest in them, so they had never been discussed in our three years of working together. But things are different now. Like so many of us, she is largely confined to her home and feeling bored and disconnected from others. And, she admitted, she had always been curious about games, but felt too intimidated to ever begin exploring them.

It's true that from the outside, the world of gaming can seem impenetrable, in no small part because the most prevalent emotion often associated with video games and the people who play them has been shame. Games are often regarded as frivolous in the best of circumstances—more likely they're cast as objects of corruption and danger. Games, we're told, distract us from the real world, and turn us antisocial and weird. But should we reconsider these assumptions when the entire world has been turned antisocial and weird by a rogue coronavirus?

"Maybe this is the moment," Emily says. "Maybe all of us being housebound like this will force us to move past the shame." She pauses, then adds, "I'm kind of excited! What should I play?!"

Before this extraordinary unified effort of social distancing forced us into the digital world for nearly all our personal and professional contact, the value of playing games could be difficult to convey upon a skeptic. One of the most inscrutable truths of watching a parent, partner, or friend playing is that it doesn't always look like much fun. Why do they do it, we ask, when it seems to cause so much frustration? What enjoyment can they possibly be drawing from staring, mouth agape, at a screen?

The answer is deceptively simple: Games are potential. The player actively explores and develops parts of themselves that feel harder to access in the physical world — for reasons that can range from social anxiety to a global pandemic.

A game offers freedom within a limited system, reducing ambiguity amidst real life's chaos, while still affording the player a sense of control. In times of uncertainty, such as these, we often feel stuck in decision-making because the possibilities for the future seem too great, and the consequences of our choices too weighty. Anxiety disrupts our ability to be present in the moment as we fear that we may take the "wrong" path, and we become paralyzed. When typically mundane decisions — like whether or not to go to the grocery store, or visit a relative — are haunted by the specter of contracting a deadly virus, our ability to think and feel like ourselves is coopted by the rigid question of whether or not we're living correctly. Games, unbound as they are from the weight of the real world, help us experiment with possible outcomes, giving us the freedom to be and act as we would in "normal" — that is, less fearful — circumstances. In a game you can make a decision that leads to injury or death, and that outcome can be felt without paralysis — aided by the safety of knowing that no one actually suffered. And if missteps in a game lead to emotions that do feel overwhelming, the decision can be undone by restarting from an earlier point.

Perhaps unsurprisingly, a lot of my patients have been dusting off neglected games over the past couple of weeks. One became deeply invested in The Sims 4, an open-ended simulator of daily life. He described it as "a beautiful vacuum of time" and said he'd already spent hours meticulously designing every stick of furniture, lamp by lamp, in his Sims' virtual homes. Obsessing over where to place an ottoman gave him a sense of comfort and control, and provided a modicum of protection against the fear evoked by the life-or-death scenario unfolding outside his window in an all-too-real way.

Another patient told me that she had grown completely disgusted with The Sims, a game she typically loved and played often. "It seems pointless," she said, describing how she stared at her little avatars flitting about their kitchens and bedrooms, hugging each other and heading off to work. "I used to play because managing my Sims' lives felt simpler than managing my own, but suddenly I have less going on than them." She laughed, but it was laced with unease.

Something like The Sims might not be an appropriate emotional outlet for this patient during the present crisis — of her own accord she proposed that she might download Red Dead Redemption 2 instead, an action-adventure set in the Wild West. "I need something with goals right now," she reasoned. "I think it would help me feel less trapped in general if I felt like I was going somewhere in a game."

At the end of my session with Emily I gave her game recommendations I thought she might find interesting, based on my years of knowing her. But above all I emphasized that finding meaning in games is about allowing ourselves room to play — that is, to have emotional experiences free from the physical consequences of the real world.

Health is balance, and a global event like the coronavirus pandemic can unsurprisingly knock almost anyone off-kilter. We all have an instinctive drive toward rebalancing, but that process looks different to each of us. Right now, some are playing games that focus on horrific, apocalyptic settings as a means to process the waking nightmare that seems to be going on around them; others are turning to virtual Zen gardens like The Sims to escape to a world with less complexity and danger.

There is no wrong way to play. What matters most is that we take time to reflect on the value inherent in our play — what it can teach us about ourselves and what we need in order to cope with the current state of our world.

Alexander Kriss is a clinical psychologist and author of "The Gaming Mind: A New Psychology of Videogames and the Power of Play."