Gaming is now an art for everyone: The best games of 2019

The stereotype that most video games are shooters is no longer true. Rejoice in these creative and weird gems 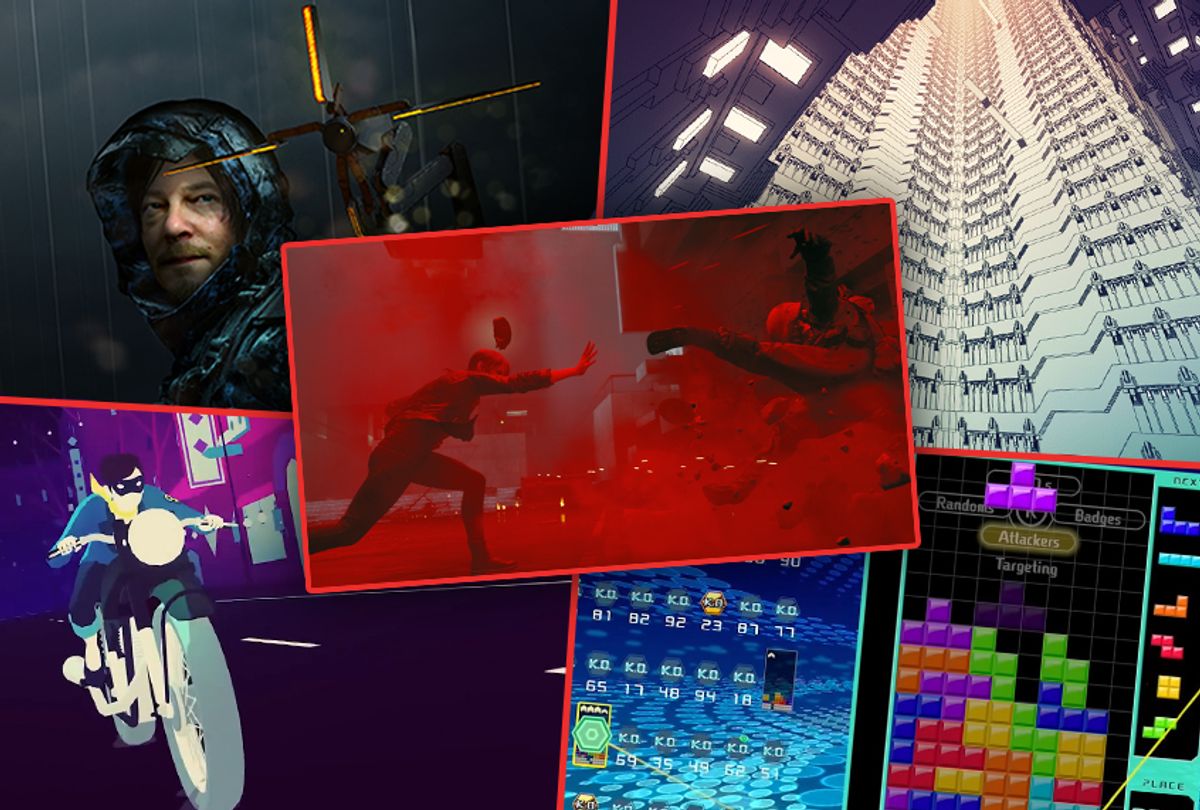 Once the realm of teenage boys and self-identified nerds, video games truly came into themselves as a mature art form in the 2010s. More than that, games are arguably the most important art form of the 21st century, a Wagnerian synthesis of all previous arts; accordingly, the video game business is now more profitable than the music and film industry combined.

As the game industry expanded to cater to new demographics, the diversity of the form grew astoundingly. Older readers, take note: games are no longer largely shoot-em-up "Doom" clones, as one might have argued in the early 1990s. The best games of the past year encompass a variety of genres, and include a reimagined classic Soviet arcade game, an adventure game about a lovelorn woman, and a surreal existential drama.

As with any mature art, games have become a cultural bellwether. This year, Trump and members of the GOP blamed games for mass violence linked to guns; game developers faced scrutiny over predatory and exploitative practices to milk gamers for as much as possible; and exploited workers in the industry spoke openly of a sense of unease, as epitomized in a series of labor struggles.

But on the eve of two new generations of consoles to come in 2020 — Sony with the Playstation 5, and Microsoft with the Xbox Series X —this year’s best games were not defined by their dazzling graphics, but rather by innovative storylines and polished concepts. Here are 2019’s best:

Resembling a neon-soaked pop opera, “Sayonara Wild Hearts” follows a woman suffering from heartbreak who ends up having to restore balance to the universe by fighting representations of her past partners. She does this by riding a skateboard on an astral highway, fighting a giant mech-wolf robot and even fighting a pair of masked twins who have a giant sword.

All of this occurs over the course of 23 songs. The pop soundtrack is intentionally reminiscent of Carly Rae Jepsen and K-pop legends, according to music composer Daniel Olsen; the tracks thump to the game’s pulse as you dodge obstacles. Fittingly, Queen Latifiah voices the narrator.

But this game isn’t just a "Dance Dance Revolution" clone. It activates a sense of flow, a highly immersive mental state that requires the player to achieve intense focus. In other words, it’s a bit meditative. Most impressively, “Sayonara Wild Hearts” manages to convey a happy message about love that isn’t cheesy, but as authentic as the visuals are beautiful.

“Death Stranding” is the latest entry from the acclaimed video game auteur Hideo Kojima. After splitting from the Japanese game developer Konami, Kojima started his own studio, Kojima Productions.

Kojima’s work is often influenced heavily by American films, including the James Bond series and “Escape From New York,” which inspired aspects of the ever-popular video game series “Metal Gear Solid.” “Death Stranding,” Kojima Studio’s first game, is set in an alternate reality where the eponymous apocalyptic event causes the appearance of monsters from the afterlife to roam the Earth. You play a delivery man, Sam Porter Bridges, voiced by Norman Reedus, who is tasked with connecting a internet-like network across the decimated United States in order to rebuild the country.

While it may seem like an obtuse premise, “Death Stranding” achieves a compelling feeling of solitude, rare for a video game. Delivering packages across barren mountains, rivers and plateaus to distribution centers devoid of human life can be harrowing. Being chased by invisibles afterlife ghosts while hauling an obscene amount of cargo on your back creates a heart-pounding tension that I don’t feel in a lot of games. Combine this with phenomenal performances from Mads Mikkelsen, Margaret Qualley and Léa Seydoux, and Death Stranding is poised to become a classic — both for its creativity and its absurd premise (a post-apocalyptic package delivery game?).

With stunning visuals that recall M.C. Escher, “Manifold Garden” is a puzzle/exploration game that tasks you with moving through the environment using colored blocks to unlock doors and portals. The game is overwhelming, largely because virtually every space in the game is infinite. If you fall off a ledge, you may fall so far and end up right back where you started. Or you might obtain access to a higher ledge that was previously unreachable. You may climb a set of stairs forever and never actually get anywhere, then realize you must jump into a bottomless pit to cross to advance. The experience is anxiety-inducing and disorienting, but it’s also extremely calm and beautiful — and at some point during gameplay, it all clicks, and suddenly feels intuitive.

“Tetris 99” is not something I thought I needed in 2019, nor was it something I expected. It’s a battle royale variant of the classic Soviet arcade game. Given that the battle royale genre is perhaps the most oversaturated, it is refreshing to see an interesting twist..

In “Tetris 99,” the player, along with 99 others, all play “Tetris” simultaneously. But whenever a row is eliminated, it sends lines to other players or gets rid of any lines stacked up that have been sent to you. For every player you eliminate, you can earn badges— which makes the lines you send to other people more effective. You can aim at specific players, if it looks like they are about to be eliminated, or take a risk and aim at players with a lot of badges to reap the reward. It’s a lot to focus on while playing Tetris, but that is part of the fun.

As with classic Tetris, the game speeds up to the point that, by the end of the game, you barely have time to think.

While I don’t think “Tetris 99” will have the same measured therapeutic effects that vanilla “Tetris” does, it is still beautiful chaos. The rush of getting into the top ten, balancing who you’re aiming at while trying to set up a combo of lines, is exhilarating.

In the Kafkaesque world of “Control,” players are given supernatural powers that enable them to fight the Brutalist bureaucracy known as the Federal Bureau of Control (or the Bureau), a secretive government agency that is responsible for keeping the public oblivious of supernatural occurrences. Fighting through the building's cold, towering architecture and mundane office fixtures paint a satirical portrait of corporate culture and give you satisfying power as you destroy the structure of the Bureau. It’s one of the most well directed games of the year, boasting a remarkably well fleshed-out world, and also oozes style and. The game (surprisingly) avoids cliches, and ends up being far more an allegory for the issues that mar the gaming industry and less of an obvious anti-corporate metaphor.