If Terry Gilliam and Franz Kafka teamed up on a video game, this would be it

Is "Control," the new game from Remedy Studios, a satirical jab at the gaming industry itself? 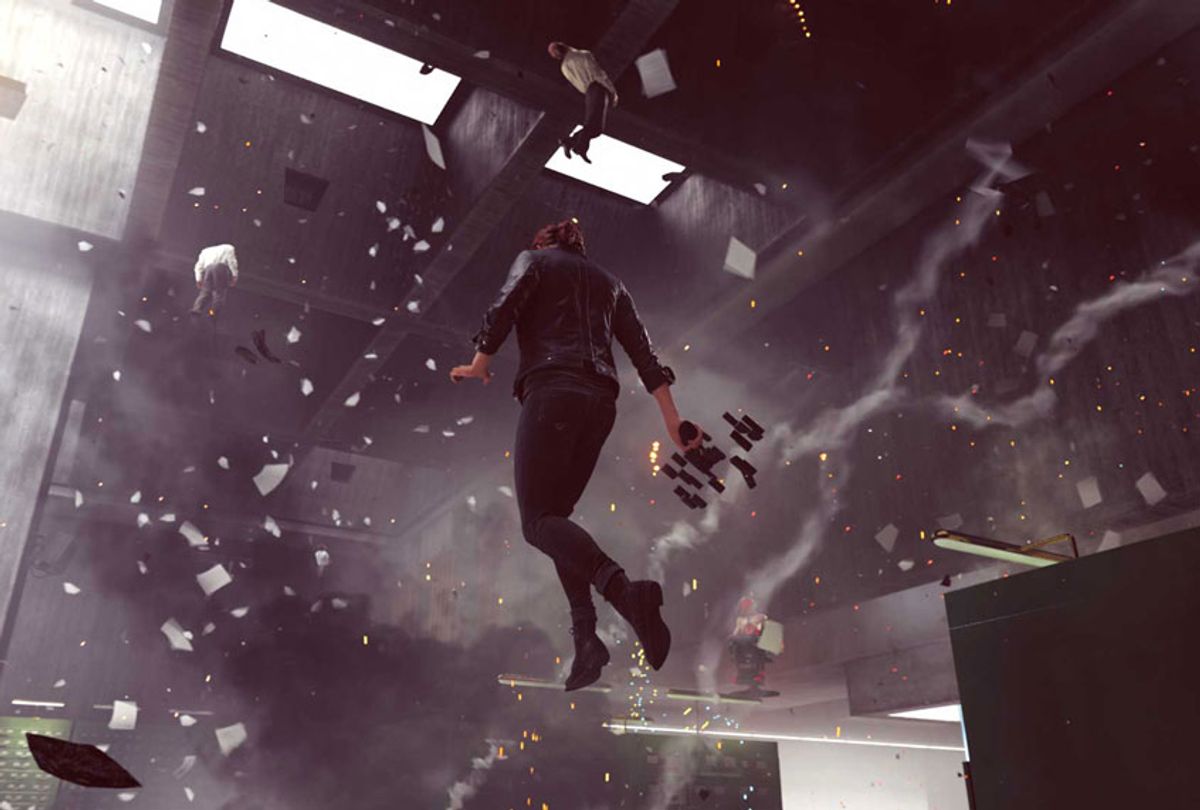 In Franz Kafka’s “The Trial,” Josef K. finds himself trapped in a menacingly complex world fighting a faceless bureaucracy. Powerless in the face of such authority, K. succumbs to the absurdity of the system he was thrust into and dies. Take this overbearing vision of bureaucracy and mix it with the surreal, visceral visual style of a director like Terry Gilliam, and you'd probably end up with something like “Control," the new video game from Remedy Studios, developer behind the “Max Payne” games and “Alan Wake.”

Unsurprisingly for a game that could accurately be described as “Kafkaesque,” “Control” is about power. The visuals of the game play into these tropes: set in a Brutalist building typical for a vast bureaucratic complex, the player takes control of Jesse Faden, a woman on a mission to confront the Federal Bureau of Control (or the Bureau), a secretive government agency that is responsible for keeping the public oblivious of supernatural occurrences.

That means keeping hidden everyday objects like, you know, a vintage slide projector that allows for inter-dimensional travel, or a telephone that allows for contact with an extra-dimensional hivemind call The Board. Those kinds of things litter the world of “Control,” and it’s the Bureau’s job to contain them.

The bulk of the Bureau’s work takes place in The Oldest House, a supernatural building in New York City that no one seems to have noticed until the Bureau decided to establish its headquarters there. Playing as Faden, you are appointed as the new Director, and tasked with fighting a "paranatural" force that has invaded the Bureau — a neologism coined by your overlords, which they define as something that breaks nature and reality.

Your task, then, is to fight your way through the building, gaining powers along the way obtained from haunted objects — or as the Bureau calls them, Objects of Power, which allow you to levitate and launch objects straight at your enemies.

If this all sounds slightly confusing, the kind of thing that could either be a wild goose chase or a red herring, that is kind of the point. The game is devoted to stirring up the same kinds of befuddled emotions that one might experience as a cog in a vast and secretive bureaucratic machine. The Oldest House plays a defining role in what “Control” is really about. The building's cold, towering architecture and mundane office fixtures paint a satirical portrait of corporate culture. Appropriately, the house unexpectedly moves, as do things within; I was not sure, but I suspected that elevators and rooms would appear in places I didn’t notice before.

The satire is accentuated by something called “The Hiss”, a supernatural force that has infected most of the Bureau’s employees, and which causes office workers to float and mumble incoherent nonsense. Anyone who has ever worked in a call center might relate to this.

Given your supernatural powers, the building just begs you to destroy it. What corporate drone hasn't dreamed of going "Office Space" on their office? Hence, I found myself destroying everything I could in most rooms of the early game, as virtually everything is destructible and able to be picked up and hurled at your enemies. It’s this balance of power that makes “Control” work.

Like a living novel, the world of "Control" is scattered with texts and artifacts that enrich the bizarre world that you are thrust into. Scattered throughout The Old House, you'll find documents, memos, research files, audio tapes and videos that you can peruse, and which help build the experience. To wit: a memo from an executive about his executive bathroom moving locations; an informational poster that reads “Do as you're told, don’t eat the mold,” referring to an invasion of mold from another dimension; and videos from the head of research explaining supernatural phenomena through drab, bureaucratic acronyms. All this makes the satirical corporate drama engrossing.

The meta-irony, of course, is that the contemporary video game industry is notorious for resembling the same kind of cruel corporate bureaucracy being satirized here. That made me wonder: for a game so obsessed with power, what does it say about the people who made it?

The medium of the video game is about giving the player agency and direct control; that is what separates it from other art forms. That is what makes video games so compelling and gives them the ability to create empathy. From controlling the quotidian lives of a simulated family to killing “Hitler,” power and agency are crucial to the experience of games.

But for an industry that wants its players to feel powerful, developers are the ones lacking it. Video game makers routinely suffer, terrible working conditions, long work-weeks (often referred to as “crunch”) and sudden layoffs with no severance. Fortunately, Remedy Entertainment is unique in avoiding toxic workplace tendencies, at least according to Sam Lake, the creative director of “Control.” Lake said in an interview with Vice Games in 2018 that the company “ma[de] sure that [we] never go crazy with crunching and [are] always planning, and learning from one project to another."

Hence, I doubt that another studio, one that mistreats its workers, could have made such a satiric portrait. Yet it seems like one could interpret “Control” as a jab at the gaming industry itself — a warped snapshot of the lives of the programmer-drones that make up the bulk of the gaming world.