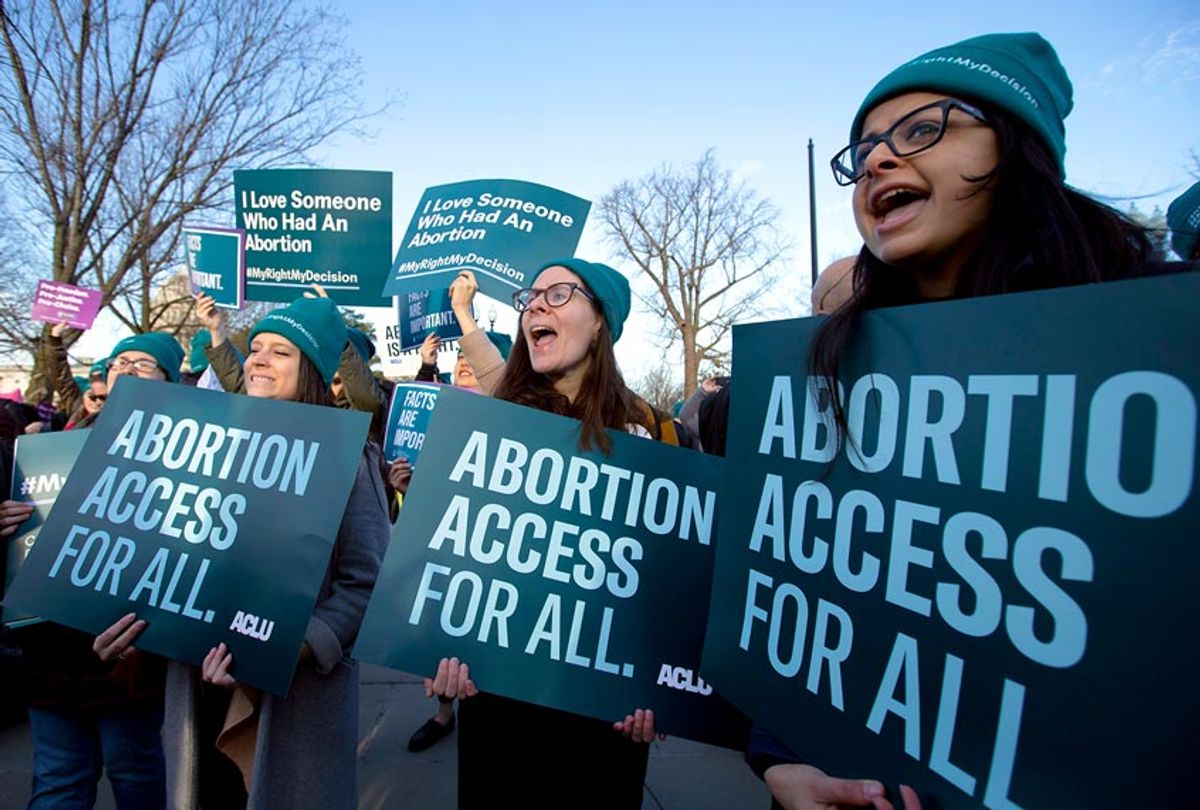 A federal judge in Alabama ruled Sunday that the state cannot bar abortions in response to the coronavirus pandemic.

"Based on the current record, the defendants' efforts to combat COVID-19 do not outweigh the lasting harm imposed by the denial of an individual's right to terminate her pregnancy, by an undue burden or increase in risk on patients imposed by a delayed procedure or by the cloud of unwarranted prosecution against providers," U.S. District Judge Myron Thompson wrote as he issued a preliminary injunction to stop Alabama from banning abortion services amid the pandemic.

In addition to Alabama, states like Ohio and Mississippi have claimed that abortion services deprive them of medical equipment and hospital beds necessary to fight the outbreak. Mississippi's Republican Gov. Tate Reeves vowed to take action against the state's only abortion provider even as he declared other businesses like department stores, gun stores and real estate offices to be "essential." Ohio's attorney general, by contrast, called for a halt to all "nonessential and elective surgical abortions" by pointing to federal guidelines for limiting the amount of personal protective equipment used by health care facilities.

The current case was brought to his attention after the American Civil Liberties Union filed for a temporary restraining order on behalf of an abortion provider and obstetrical gynecologist, Dr. Yashica Robinson, who argued that an order issued by the Alabama Department of Public Health on March 27 did not specify what emergency procedures would be allowed.

Thompson was the same judge who blocked Alabama's near-total abortion ban from going into effect in November. His latest decision argued that "the reasonable medical judgment of abortion providers will be treated with the same respect and deference as the judgments of other medical providers. The decisions will not be singled out for adverse consequences because the services in question are abortions or abortion-related."

Alabama has a long history of fiercely opposing abortion rights. Republican Gov. Kay Ivey signed into law near-total abortion ban last year that essentially prohibited women from terminating their pregnancies except when their own lives were in danger. It did not include exemptions for victims of rape and incest, and doctors could be charged with a felony and face up to 99 years in prison for performing an abortion in most circumstances. The bill included a controversial footnote, which compared American abortions to infamous historical atrocities.

Richard Frankel, a historian of modern Germany, told Salon by email last year that "the use of Nazi Germany and/or the Holocaust (or any genocide) for domestic political purposes is nothing new. It has been, until recently, outrageously absurd and incredibly offensive. None of the comparisons are even close to being accurate. Of course, scholars of modern Germany are well aware of this."