Inside Netflix's tender tearjerker, "A Secret Love," and taking on queer erasure 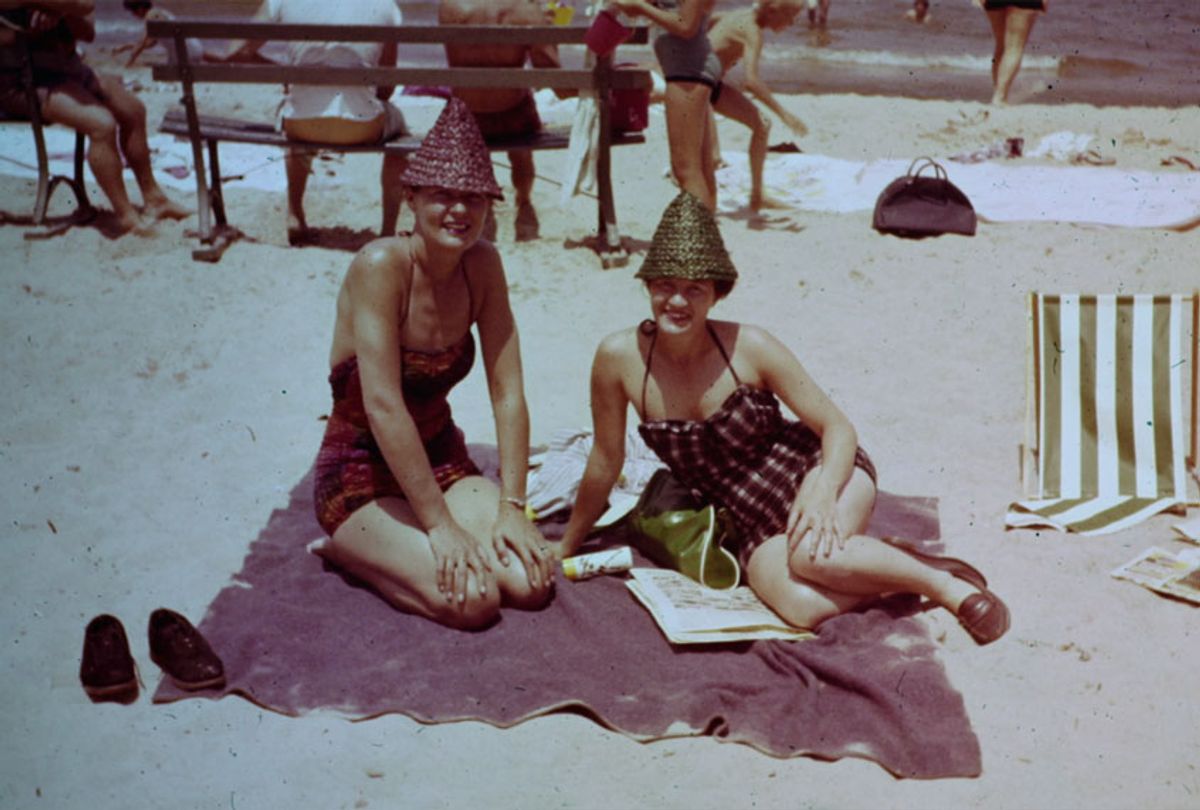 Terry Donahue and Pat Henschel in "A Secret Love" (Netflix)
--

In the summer of 2009, "A Secret Love" director Chris Bolan and his wife went to visit his great aunt, Terry Donahue, and her close friend, Pat Henschel. Pat and Terry had lived together for decades. "The rent is cheaper to split in Chicago," Terry would explain to friends and family.

"But after a few rum and cokes, which is their drink of choice, they said, 'We have something to tell you — we're gay,'" Bolan said. "After that, they were giddy. It was like talking with a couple who were newly in love."

Their love may have felt fresh, but in that conversation the couple revealed that they had been together romantically for more than 60 years.

"Family members had asked them over the years, point-blank, if they were [a couple]," Bolan said. "You have to remember, they were both at one point engaged to men, both dated men when they were younger. And I didn't even question it. They were just my Aunt Terry and Aunt Pat."

During that conversation, Bolan realized that their story was one that needed to be told, but as an actor and theatre director, he knew that he would need some help transitioning to the other side of the camera. He enlisted the help of superstar casting director, Alexa L. Fogel ("Atlanta," "Ozark," "Pose"), and her Beech Hill Films partner, director Brendan Mason.

"Working on 'Pose,' I'm definitely really drawn to projects that tell the stories that don't often get told," Fogel said. "And when Chris told me about Pat and Terry, I was immediately hooked."

Telling this story would ultimately take seven years, between funding limitations and dedicated filming time, but the result is a tender portrait of Donahue and Henschel's love that runs just under 90 minutes. "A Secret Love," which was originally slated by a SXSW debut, is now streaming on Netflix. The film was produced by Ryan Murphy and executive produced by Jason Blum under his Blumhouse banner.

The story really began in 1947, when Donahue was playing hockey for the Moose Jaw Wildcats. It was her off-season; she normally played for the Peoria Redwings in the All-American Girls Professional Baseball League, the organization upon which "A League of Their Own" was based. She and Henschel met at the rink, and their relationship soon began covertly.

When Donahue moved to Chicago in 1949 to play professional slow pitch for the Chicago Music Maids, a non-travel league, Henschel followed soon after. The two lived in the city together for decades — establishing a close-knit circle of gay friends who both knew of and lovingly supported their partnership, while they knew their conservative family members likely would not — before moving to St. Charles, a Chicago suburb in 1994.

They came out to family members, including Bolan, 15 years later.

In "A Secret Love," we open on Donahue and Henschel in old age, as Donahue's niece (Bolan's mother) is urging the pair to move to a senior care facility. It's a fraught conversation. Donahue has some worsening health issues and while Henschel obviously wants to see her cared for, she obviously feared that the couple would face a certain level of homophobia and isolation in a community that had never had any openly gay couples as residents.

After all, as Bolan lays out in the film, Henschel and Donahue came of age in a time when police would seize patrons from gay and lesbian bars, arrest them and then publicly shame them by ensuring their names were printed in the newspaper. There's no guarantee that their fellow residents at the retirement community wouldn't still be deeply entrenched in the homophobia of a "different time," and moving in would mean that after more than six decades of being closeted, they would have to come out to a whole new community of people.

Footage of the couple's transition to the care facility, and Henschel's rapidly declining health, is contrasted with old 8mm home videos of the two when they were young, which provides an ideal backdrop for the couple to wax nostalgic about their early love. At once point, the two find an old love letter.

Nestled between photos of a young Donahue and Henschel, it's obvious the letter was connected to them, but the signature had long been torn off, reminding viewers of both how precious and precarious the couple's early love had been. But when we fastforward a few years, and see the couple — now in their 80s — take their marriage vows, it's clear the strength of their love, though largely hidden from the world, was never in question.

"This is a story of aging, sexuality, family. In this one documentary, you've got four or five big connecting themes." producer Brendan Mason said.  "Even if it's not their story, I think everyone watching will see something they relate to."

In a news release, Murphy, known for his work on projects like "Pose," "Glee," and Netflix's new series "Hollywood," also spoke about how this gentle story of these two women touches on some of the most universal topics in the world.

"Since my sons were born, I've realized how much of my work is an investigation of the idea of family and queer stories told within that framework," says Murphy. "It has been extremely gratifying to see how these LGBTQ themes clearly resonate for a wide range of audiences.

"For much of the 20th century, families with same-sex partners in long-term, loving relationships were partitioned or put in emotional boxes," Murphy continues. "As long as their truth was never acknowledged or named, they were still allowed to be present and to take part. It was a literal erasure of queer love."

According to Bolan, the response to the film has already been tremendous. The trailer alone has racked up millions of views, and early audiences have started sending him correspondence.

"When I was filming Pat and Terry, it was sometimes like they didn't understand why anyone would be interested in their story — like, why make a movie about them?" he said. "But the stories of women from this era, especially lesbian women from this era, just don't get told. And I've started to get emails from people who send me pictures of their family members, like 'These are my uncles,' or 'This is my grandmother, and I found out that she had a relationship, too.'"

And in the end, that is the power of "A Secret Love." It gives voice to an entire generation of LGBTQ storytellers who — due to age and loss of life during the AIDS epidemic — we are rapidly losing.

When asked if they would continue working in the documentary space, Fogel said "absolutely."

"I think we've definitely been bitten by the bug," Fogel said, before laughing. "Just maybe not the 'seven-year project' bug."

"A Secret Love" is currently streaming on Netflix.