"Pose" and the home of the brave: Season 2 ends on a brilliant high note 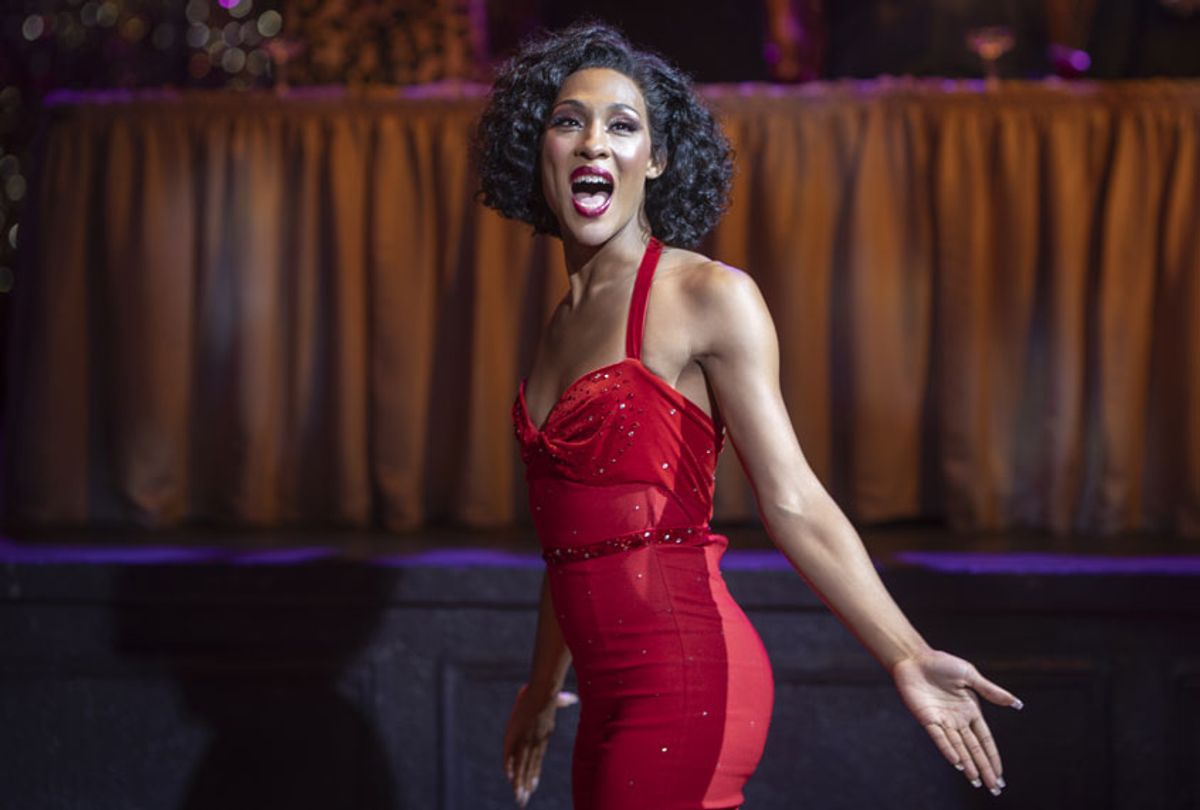 Note: This story contains spoilers for the season 2 finale of "Pose."

Only a Ryan Murphy show could take  an armful of clichés, make them  literal, and then make you want to cry about it. What a way to wrap up another stellar season of “Pose” — putting its characters in each others’ shoes and saluting the flag.

What will future cultural scholars make of our current era of peak period-piece television? What will it say about right now that so much of our entertainment compelled us to look at what happened back when? From “Mindhunter” to “The Marvelous Mrs. Maisel” to “Derry Girls,”  there’s definitely more going on here than just inspired costuming. And if you want to sharpen the focus even further, how strikingly apt it is that some of the very best television of the year — “Stranger Things,” “GLOW,” “Chernobyl” — have explored the politics, race relations and gender dynamics of the Reagan and Bush era.

And then there’s “Pose.”

Of the 48 Ryan Murphy series currently on the air or in production right now, nothing else quite so deeply reflects its creator’s dark, sentimental heart. Murphy — like the show’s Emmy-nominated costar Billy Porter — blossomed in New York City in the late '80s and early '90s, a young gay man caught up in the euphoria and tragedy of a unique moment in history. Over its two seasons, spanning 1987–1991, “Pose” has consciously and consistently explored identity and illness, visibility and marginalization. What does it mean to be gaining mainstream recognition at the same moment your community is under the fiercest, cruelest attack? How do you go on?

Season 2 explored the heady aftermath of Madonna’s “Vogue,” when uptown’s ball culture suddenly found a presence on afternoon MTV.  Characters attained measures of success as models, dancers and business owners. They fell in love, thrillingly and unexpectedly. And they lived with the very real specter of death, from AIDS and violence, every day. They grappled around the clock with just how much of their true selves it was safe to show the world.

After ending the penultimate episode on a hopeful note for the steely, long suffering Blanca, the finale’s time jump (directed exquisitely by Janet Mock)  is a bracing slap. Blanca is now running her nail salon in the apartment in the aftermath of the arson, she’s withdrawn from the world of the balls, and she’s getting sicker. Mj Rodriguez, ever the show’s heart and soul, gives Blanca’s weary resignation its potency. She is a house mother who’s bereft of her children. She’s also still a very young trans woman (Rodriguez is just 28!) grieving the murder of her friend, the destruction of her business, the anticipated loss of her own future.

Elsewhere, the long simmering tensions between the women who “built ballroom” and the male MCs and their “glaring eyes” finally come to a head, while Angel’s promising modeling career is abruptly torpedoed when she’s outed. But “Pose” refuses to be unrelentingly bleak. This is a story about a community that survives, even when individual members do not.  The MCs accept a challenge to walk the ball themselves and feel what it’s like to be judged; Blanca’s nemesis Frederica gets her comeuppance, Ricky and Damon bond in friendship, Lil Papi strikes out as a manager and gets the girl, while the ailing Blanca returns for a show-stopping big number.

It’s an unrestrained delight watching Billy Porter, who literally won a Tony award for dancing in heels in a Broadway show about shoes, wobble like a newborn while Elektra laments, “Do you not carry a single graceful bone in your body?” It’s a pleasure watching national treasure Patti LuPone rage from prison that “They want to … put all women in their place. We are not allowed to have empires or emotions. We are not supposed to have dreams of our own.” Frederica may have been a monster, but she’s not a wrong monster, not in 1991, not  months before Anita Hill’s testimony would amply demonstrate. Not now, when equal pay is still a thing we have arguments about.

But the biggest joy of the season finale comes from Blanca, who rolls up to the floor for Candy’s Sweet Refrain to do her interpretation of Whitney Houston’s windows-shattering “Star Spangled Banner.” Well, DAMN.

One could write a whole thesis on deft use of musical cues in “Pose.” Earlier in the same episode, Angel and Lil Papi chat above the strains of Cherelle’s “I Didn’t Mean to Turn You On.”  It’s a song that not only declares the singer’s liberation from anyone else’s sexual gaze, it’s one that was famously covered, without a word changed, by the gravel voiced Robert Palmer.  The dancers walk to “(You Make Me Feel) Mighty Real” and “I’m Every Woman.”

Yet the “Star Spangled Banner” is the episode’s most masterful touch. In the winter of 1991, while Desert Storm was raging, Whitney Houston performed the traditional opening of the Super Bowl and became one of the most surprising Billboard hits of all time. If you turned on your radio in the spring of 1991, you would very likely hear a Frances Scott Key classic sandwiched in between your Paula Abdul and your Color Me Badd.  A song by the biggest artist of the era. A bisexual, African-American woman from Newark.

This land is our land. Whitney’s land. Anita’s land. Willi Ninja’s. Patriotism doesn’t belong  just to elderly white men.  Blanca’s big moment, standing on her own two feet, reminds us of that, just as surely as her tender, maternal closing moment does as well. In the home of the brave, there are none braver than those who, despite everything, still care, still connect. As Elektra tells the crowd, “It takes guts to do what these men have done, stepping outside of their comfort zone and into the shoes of another. We should all do this more. If we did, we would all make a better world."