"Billions" is as wild as ever, but its vicious capitalism hits different in our uncertain economy

Wall Street thug Bobby Axelrod is back, still rich and playing games with people. Are we in the mood to enjoy him? 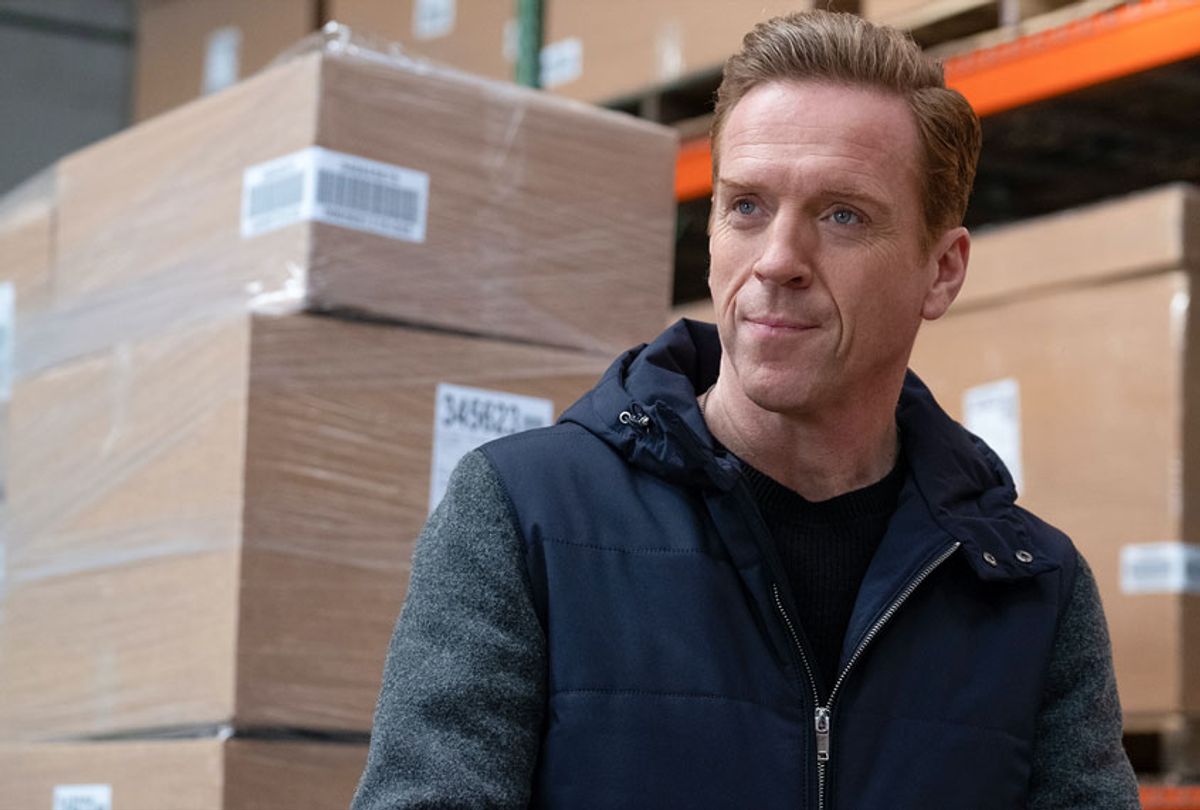 In an upcoming episode of Showtime's "Billions" hedge-fund billionaire Bobby "Axe" Axelrod (Damian Lewis) makes a speech at his son's lofty boarding school. He wasn't invited to do this. No, like everything else in his life, Axe forces his way in.

This being "Billions," a series that loves its film references, his speech is reminiscent of Bill Murray's in Wes Anderson's "Rushmore." But instead of telling the impressionable students, as Murray's Herman Blume advised, to "take aim on the rich kids," Axe is there to glorify those children.

Wealthy people, he tells the youngsters, are rich because they outsmarted others and are simply built to subjugate others. "Nature didn't select me," he declares. "I selected myself by harnessing my nature." The kids go wild.

Axe, his enemy Chuck Rhoades (Paul Giamatti), and everyone around them understand that showmanship is essential to winning. The world has to perceive and accept their displays of might in order for them to attain and maintain their power.  But at the end of all that, what else is there?

Entering its fifth season "Billions" has cycled back to where it started. Coming after a season where Axe and Chuck tabled their rivalry to team up and regain power, each is now back on top and at each other's throats again – just like in Season 1.

Axe, of course, is seeking the next market where he can plant his flag; this time he sees a future in pharmaceutical ayahuasca, coming to this realization during a getaway with his right-hand man Wags (David Costabile) that the latter intended as a spiritual quest. The epiphany the experience grants Axe, besides the psychedelic's investment potential, is that in gaining the vision to see everything from every vantage point, all he could see was ugliness.

It could be, he deduces, that there is truly no pleasure in winning because maybe the world is not a game to be won. Does this stop him from playing? No. Never.

Rhoades rose from the ashes of disgrace and a ruined career to be installed as the New York Attorney General, placing him in an even better position to keep his quarry in check. Axe, meanwhile, has Rhoades' estranged wife Wendy (Maggie Siff) back in his employ and, on top of that has entered the even more exclusive club of people who are billionaires 10 times over.

Between them is Taylor Mason (Asia Kate Dillon), forced to return to work under Axe. Taylor has their own plan to play the two men off of one another, and reap what remains in the aftermath.

Surrender to the casual sociopathy at work here, and you fall for the draw "Billions," which is its pure pettiness.

This is what made it better than "Game of Thrones," which it aired against last spring. Certainly the sum of its seasons are more creatively stable and zestier than the first season of "Succession." The HBO drama's second season . . . well, that's another matter. "Succession" is a satire of dynastic wealth, critiquing the worshipful regard in which a segment of the population holds obscenely wealthy families.

"Billions," in contrast, is a work of sleek, vicious joy. The haves jab at the other haves, and treat the rest of us as pawns to be bought, sold or discarded, if they give us any consideration at all. It has always operated with such honesty, and an energy as brazen as its inspired prose.

What's different these days is, well, everything.

While so many people are out of work, small businesses are hanging by a thread, and venture capitalists like Axe are circling us like vultures ready to gobble up the dying and suck the marrow from our bones, "Billions" – to use the parlance of the day – hits different now.

Don't misunderstand; it's still a wild ride through high society spheres and exclusive nooks, fetchingly sold by Lewis' and Giamatti's performative swagger. "Billions" also is the rare premium cable series that mixes prestige production slickness with broad cultural appeal, dropping in references to movies and TV series as wide-ranging as "The Godfather," "Dexter" and "Amadeus," and throwing in visits from entertaining grizzled characters with humorous nicknames like Hard Bob.

Only this time around, each man's ennui feels a little hollower.

We've seen some version of their slugfest in the past, and five seasons in, series creators Brian Koppelman and David Levien have thrown in complicating figures and X-factors that weren't present when the show first debuted.

Still, I wonder if the vicarious thrill of watching infinitely powerful men and women flexing their ids and trying to find contentedness is still enough to keep us fascinated.

An antidote to this cloudiness is an infusion of guest stars, starting with Corey Stoll's "impact investor" Michael Prince, a titan wearing the cloak of a benefactor and philanthropist. Axe and Prince are pulled toward one another, but not for kindly reasons. Stoll is the smooth and cool response to Axe's boiled leather gruffness. Only a few beats after meeting Prince for the first time, Axe declares, "People like us must destroy people like him," and a new battlefront opens.

Juliana Margulies shows up a few episodes into the new season as Catherine Brant, a sociology professor who drops into Chuck's life just as it looks like Wendy is exiting their marriage. But it's tough to tell whether the passion behind her motives will match the sizzling hatred fueling Axe's opposition to Prince.

It's even tougher to discern how its portrayal of predatory capitalism as a raging, never-ending party game will land right now, as a good portion of viewers sit at home and wonder what part they'll be playing at the end of all this, be it the Darwinian capitalist or the subjugated.

There has to be an end to this that means something, right? Lots of us are asking ourselves that question right now. I wonder what the answer will be for "Billions" in the world that's changing before our eyes, week to week, episode to new episode.

"Billions" returns for its fifth season on Sunday, May 3 at 9 p.m. on Showtime.