"Billions" is better than "Game of Thrones" at studying power, hate and corruption 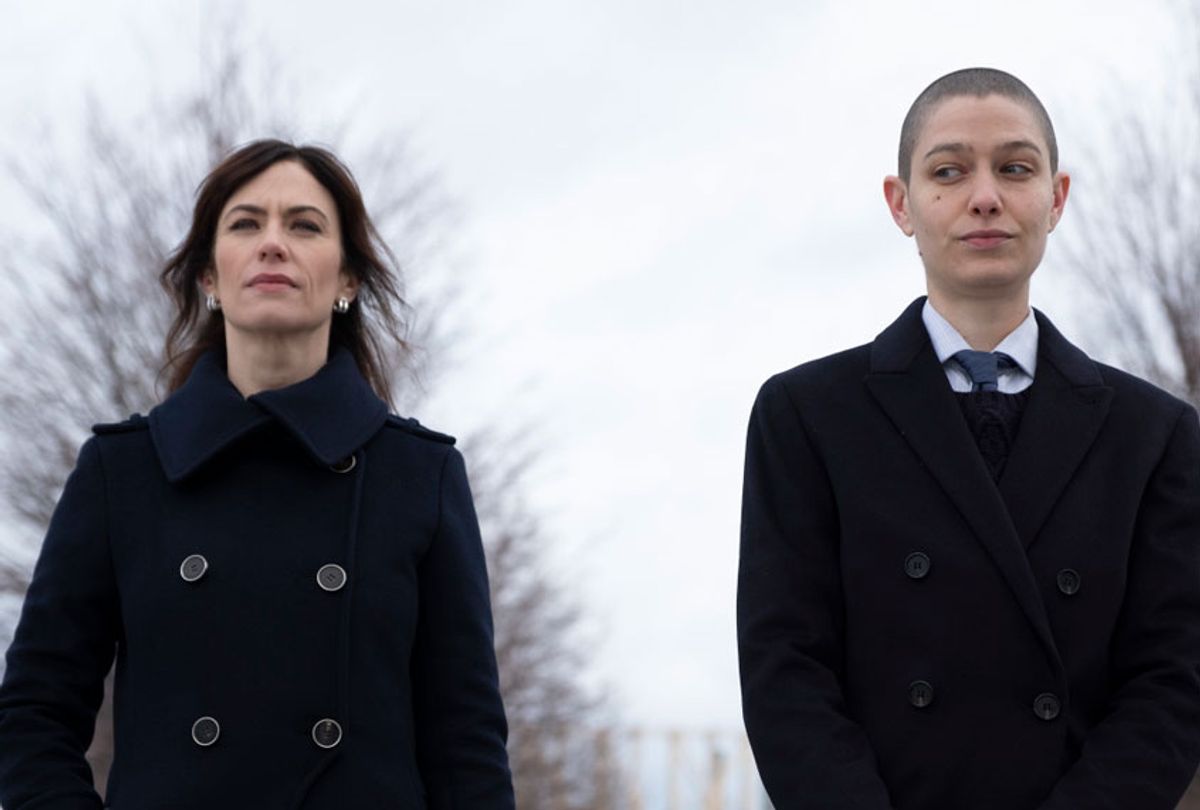 While much of the world obsesses over thrones and dragon fire, Showtime’s “Billions” confidently gallops through a fourth season fueled by what billionaire Bobby Axelrod believes to be nature’s most perfect energy source: hate.

On some level that emotion has always topped off this show’s tank. The show’s fans live for the dialogue’s bruising snipes and verbal lashings as much as they marvel at the body blows Axe (Damian Lewis) and Chuck Rhoades (Paul Giamatti) trade with their enemies.

But this season moves with an icier malevolence than seasons past, and its focus has narrowed and tautened. Now “Billions” tells a tale that’s simultaneously broader and more dangerously intimate than the drama’s primary parables about the addictive nature of wealth and vengeance. In past rounds, when Axe and Chuck were at each other’s throats, their plans of attack coalesced around the idea of who they were to each other.

Now they’ve joined forces, albeit uneasily, to redirect their spite toward other enemies — their former protégés, the devils they taught and raised and still believe they know. And at least on one front, the weapon of choice isn’t hatred, but corrosion.

There’s no fighting the “Game of Thrones” flood. All we can do is float along until we all reach its final destination. Even so, it’s worth pointing out that the direction “Billions” has taken this season makes it a more consistently fascinating analysis of power and its dynamics than most of what’s going on in Westeros.  Right now"Game of Thrones" revolves around guesswork (for the audience) and serving up spectacle.

Meanwhile, every Sunday at 9 p.m., “Billions” confidently plays with power’s favorite consorts: corruption, wrath and my personal favorite, pettiness — the drug that makes people take certain slights too personally and too far.

Except when the angry parties happen to be mad titans of Wall Street, expending billions of dollars and playing with lives and livelihoods in order to get even, there’s no such thing as too far.

Series creators Brian Koppelman, David Levien and Andrew Ross Sorkin initially designed “Billions” to be a quote generator with Lewis’ getting off the best shots as Axe confidently spits lines such as "what's the point of having f**k-you money if you never say 'f**k you'?”

When we first see him say this, he’s directing crass wisdom toward Chuck Rhoades, then Axe’s adversary and the U.S. attorney. Now Axe and Chuck are allies, united by Chuck’s wife Wendy Rhoades (Maggie Siff), Axe’s in-house performance coach and a licensed psychiatrist, because both men have been screwed over by former disciples tired of overlooking ethical lapses.

But as Chuck schemes and claws to retake his seat at the table held by political powerhouses, the more fascinating plot to watch has been the back-and-forth lobs between Axe and Taylor and their respective firms. Axe is accustomed to being king of the jungle — all jungles — but never in his career has he come up against the likes of Taylor Mason (Asia Kate Dillon), his former protégé and a skilled strategist who sees all the possible plays and calculates the outcome based on what they know about their opponents.

Axe has turned his arsenal upon Taylor and Taylor Mason Capital with such concentrated wrath that just about everybody around him is choking on its noxious fumes. Chuck succumbed to Axe’s infectious hunger for power long ago, as has Wendy, and the combined negativity further deteriorates a marriage already on the brink. But Axe’s influence threatens to brown out some of the brightness in his new lover Rebecca Cantu (Nina Arianda), a self-made billionaire who still cares about the working people, part of the reason Axe finds her charming even as he casually attempts to buy up the retirement years of his favorite pizzeria’s owner despite the man’s desires to let his place go.

Taylor is a particularly dangerous adversary for Axe as a person he once respected, even loved (as much as that’s possible) for the ways in which Taylor challenges him.

Axe seething hatred of Taylor moves him to risk a whole lot of that f**k-you money to lure Taylor into investment traps in hopes of annihilating their start-up venture. Taylor sets snares for him in kind.

Hence the dual meaning in the title of the current season’s seventh episode, “Infinite Game.” Taken from the title of a best-selling business book, this is a concept where everyone involved realizes the players rotate in and out and the rules are constantly changing. There is no endpoint, only success and failure and a dedication to jumping back into play.

How long can anyone keep that up? Maybe this week’s episode, “Fight Night,” contains an answer in its central grudge match, an actual boxing bout between Taylor’s employee Mafee (Dan Soder) and “Dollar Bill” Stearn (Kelly AuCoin). If nothing else it’s bound to land a few hard-earned laughs.

There is pettiness, and then there is the evil of feigning friendship and care in order to crush another human being, in business and spirit. “Billions” has already been there, and watching it play out was more chilling a scheme than a Lannister could have cooked up.

Their latest spat is over the control of natural resources — fracking, more precisely. In the same way that process is associated with fouling communities and making water flammable, Axe’s poisonous rage is having a corrosive effect on everyone around him: Wendy is so high on the excitement of his rage that she’s used confidential information in Taylor’s private psych files to strike at their weak spots.

That move risks Wendy’s career as much as it taints her soul, which is already pretty dirty. Axe, meanwhile, might chalk it up to an opportunity cost. His enemy takes care to keep their emotions in check and strives to run their life logically and ethically.  Making them destroy someone close to them to keep their company alive, he knows, is a next-level puzzle. “What they won’t know until it’s too late,” he coos to Rebecca, “is how hollow it will make them feel.”

Everything is a game at some level, particularly at the echelon in which money is no object. The difference with this story is that nobody on “Billions” has a sensible answer to the question of, “To what end?”

In three more Sundays, “Game of Thrones” viewers will finally know who ends up sitting on the Iron Throne. But in the arena where Axe and Taylor slug it out, a place set in our real world, the tournament only ends when one party is destroyed thoroughly enough to prevent resurrection — which could mean nobody wins.

That’s what pettiness buys — and this season it’s worth its weight in gold.