The headliner talent on Netflix's musical drama cannot compensate for its joylessness. But le jazz, it slaps! 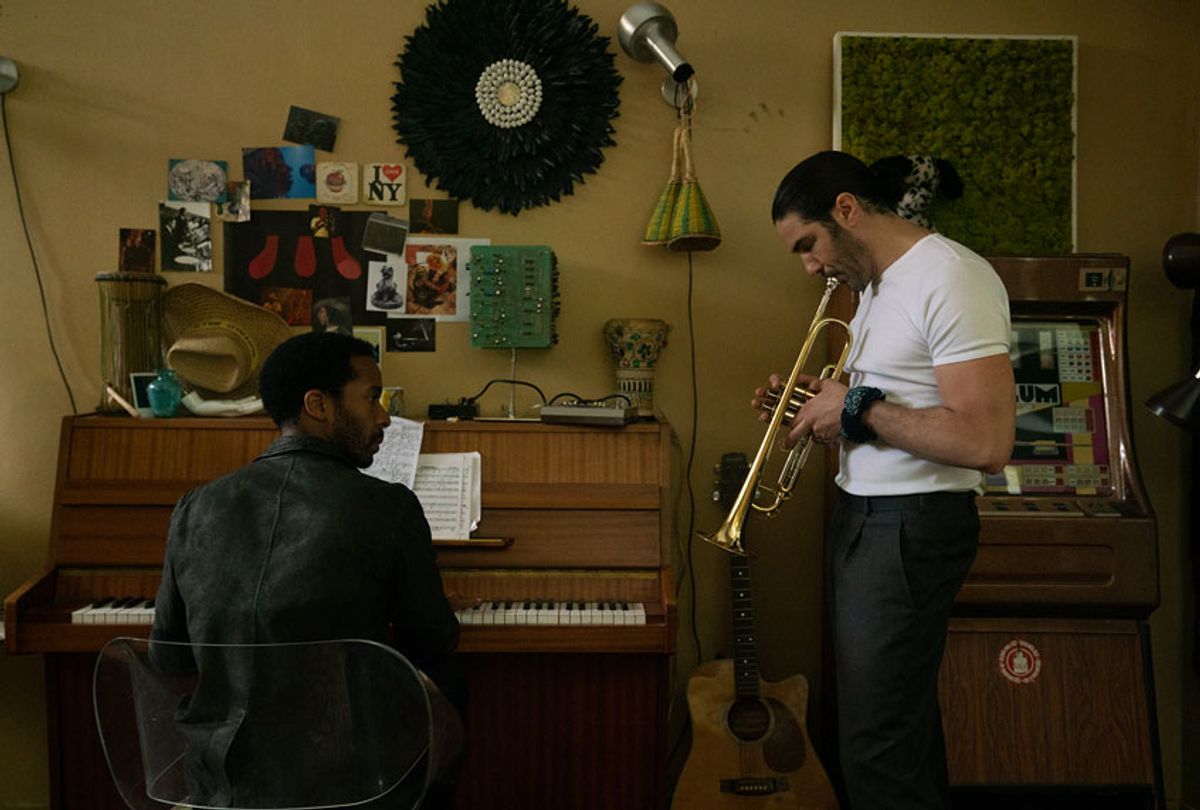 The French have a way of lending an allure and poetry to the concept of melancholy. Their language drips off the tongue like molten chocolate: Tristesse. Ennui. Quel dommage. When Americans envision this element of French culture, it's through classic photographs featuring nattily dressed men and women, eyelids weight down with la douleur exquise, a reverie of passion just beyond one's grasp, unattainable.

Most of this is stereotyping. The reality is probably closer to our own: if a good-looking Parisian looks lonely and spaced out in a café, odds are he or she is simply bone tired and needs a breather. If that person worships melancholy, he or she also is probably a lot of work, high drama with low reward. Honestly, that misery is available in any country.

Exposing yourself to an hour or two of "The Eddy," Netflix's Paris-set limited series will give you a sufficient hit of that feeling.

Think of it as an eight-episode examination of the human heart's puzzle, the loneliness of existence once confronted by Albert Camus, and that moved him to write, "I was very fond of you, but now I'm so, so tired. I'm not happy to go, but one needn't be happy to make another start."

But it also dumps in a whole lot of sketchy detritus that reminds one of another quote attributed to Camus: "Should I kill myself or have a cup of coffee?"

Netflix's official text describes "The Eddy" as "a collaboration" between directors Alan Poul and "La La Land" director Damien Chazelle, writer Jack Thorne and music producer Glen Ballard. What does that mean, "a collaboration"? Who's shaping what, and how much is he shaping? Having watched nearly the entire series I cannot say. What is clearer, however, is that this is a series that gets off on misery . . . and, this is important, jazz. Lots of jazz. Parisian jazz.

As long as you're a jazz fan, great; the best moments of "The Eddy" are its performances, mainly brought to us by the eponymous jazz club's house band made up of real, professional musicians. Like many great hole-in-the-wall music clubs, The Eddy is a treasure because its music is made of soul and fire, and nearly every musical number is presented more or less in its entirety. Some of its original songs composed by Ballard (the co-writer and producer of Alanis Morissette's "Jagged Little Pill") truly pull you in.

If the music and stage excerpts comprised the meat of the piece, I still can't rightly say that the series would be better, only that it would better serve a specific audience. Frustratingly, the music is a heavy condiment on dry bread slathered with malaise, with a side of uninspired crime subplot.

In spite of this, the talented stars of "The Eddy" work overtime to whisk the scenario surrounding the music into coherence. André Holland is the centerpiece as Elliot Udo, a once-famous jazz pianist transplanted from NYC. He now co-owns The Eddy along with his business partner Farid (Tahar Rahim) and managing the house band fronted by lead singer and friend-with-benefits Maja (Joanna Kulig).

But The Eddy is barely getting by, and Farid may have made some ill-advised business choices, which is often the case in movies or TV series about nightclubs. Anyway, between Elliot's frustrations with his house band and a few accounting concerns, Holland more or less grimaces his way through the Paris that tourists don't frequent. (This is another check in the series' favor, its dedicated avoidance of hackneyed shots of international landmarks.)

His frown lines only grow more pronounced when his daughter Julie (Amandla Stenberg) arrives in town to announce that she's now living with him. This wouldn't be the worst thing in the world if Julie weren't a frantic, distraught nightmare.

The combined and individual charisma that Holland and Stenberg emit gives Chazelle a lot to direct in the first two episodes, with Poul, Houda Benyamina and Laïla Marrakchi taking up the reins in others.  Their subplot, actually, muscles the mess into something worth caring for; "The Eddy" could have been a provocative, emotionally resonant piece about what it's really like to be an outsider in a city branded as being a welcoming, multicultural haven. For Elliot, the leader of a band and a small community of musicians that are international and multilingual, Paris lives up to that image only to a point. Farid, his wife Amira (Leïla Bekhti) and their close friends are Arabic-speaking Muslims. Maja speaks three languages: one great scene shows her brushing off a hopeful barfly by spilling out her woes in a gush of Polish knowing that the man only speaks French.

She's fluent in French, English too, but ices out the guy by shutting down his ability to understand her. When he responds by asking if she wants him to take a hike she gives him an exhausted and clipped, "oui." He exits; we smile.

In a story about the love of music, the language creates its own melody. People like Elliot and Julie can get lost in this sea of many cultures, but also risk losing themselves, and Holland and Stenberg portray this sense of feeling adrift and the accompanying urge to grasp at anything with a stunning sensitivity in the scenes they share.

These moments exist to remind us that the series' shortcomings aren't the actors' fault but, rather, due to the emphasis on aesthetics over a strong story. It explains why the visuals of "The Eddy" contain a loveliness that the script miserably lacks, and why a few of its opening scenes feel transcendent only to let you down a few dialogue exchanges later.

Gritty cinematography, handheld shots and low lighting grant the series a naturalistic prettiness that compensates for a creek-shallow narrative that builds toward the destination all shows about struggling nightclubs end up – the big, make-or-break-show that either serves as the place's salvation or its last hurrah.

That's completely excusable; the standards are beloved and hold up across the decades for good reason.  But the mistake "The Eddy" makes is in failing to settle upon what it wants to be. Is it a musical film with dramatized elements, an existential partial anthology about relationships and belonging, a tale about a disconnected parent reconnecting with a child, with both finding themselves along the way, a very leaden, tension-free crime diversion? Why, it's all of those things at the same time, with some of the less successful parts overwhelming what works.

The tone changes from major to minor ring sweetly in the music, but manifest a jumbled dissonance in the script that never coheres into a workable story. Fetching looks and a decent opening line can go some way in piquing our interest, but you'd be wise to ask if the pursuit of something you don't pick up on immediately is worth your time and trouble.