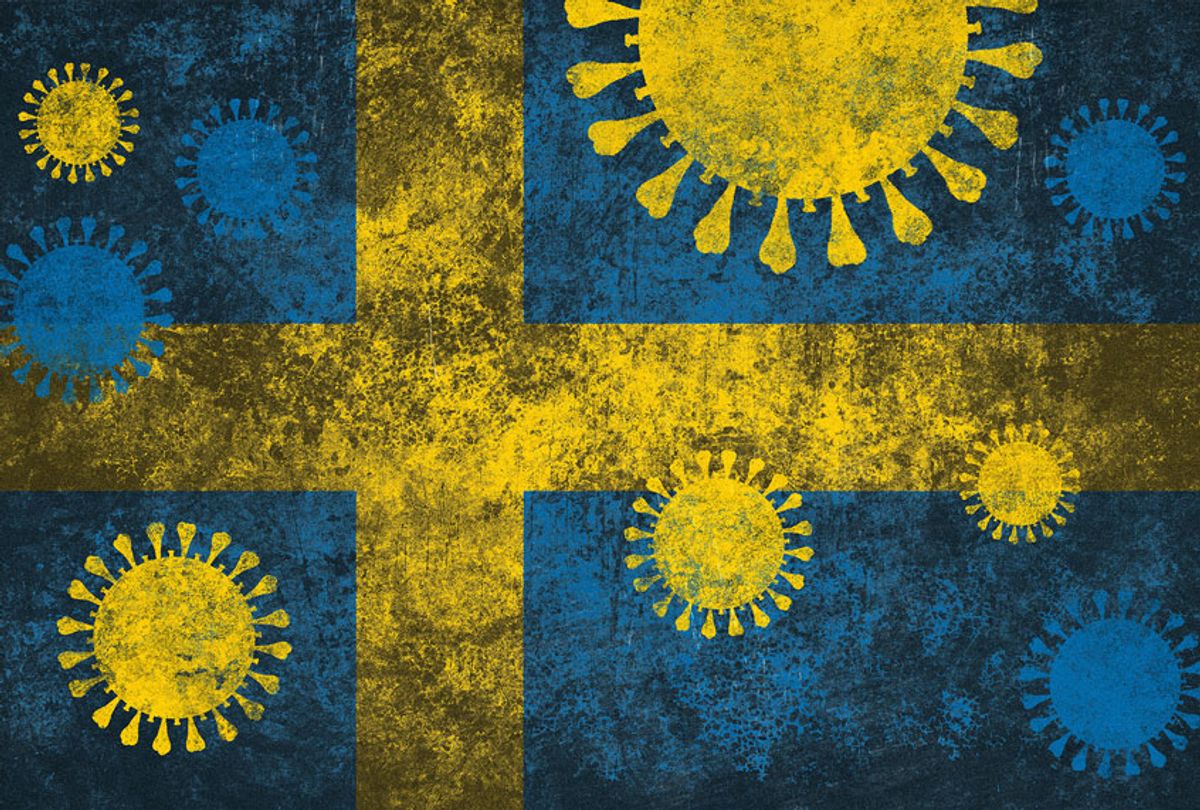 Many conservatives are praising Sweden for its decision to not issue stay-at-home orders or close down businesses like cafes and restaurants. Indeed, anti-lockdown protesters have started using "Be more like Sweden" as a mantra in their attempt to convince American policymakers to put an end to the lockdowns that have swept the country.

Yet the public health data suggests that Sweden's hands-off approach to fighting the pandemic has been dangerous.

The country's per capita death toll is among the highest in the world, according to a report by Johns Hopkins University earlier this month. It was also the highest of any country as of the week that ended on Wednesday. Last month, more than 2,000 scientists and experts across Sweden signed a pair of open letters that urged tougher measures and compulsory safety policies, with one of them telling Business Insider that she believes Sweden's current public health policies are immoral.

"We are sacrificing old people and people with diseases," Professor Olle Kampe, a senior consultant in endocrinology at the Karolinska Institute in Stockholm, told Business Insider. "So I don't [think] that it's something that anyone should copy."

There are other signs that Sweden's policy has been a catastrophe. More than twice the usual number of people have died in Stockholm as a result of the outbreak, according to The New York Times, which shared Kampe's observation about the elderly paying a disproportionate price because of the government's more laid-back approach to the crisis. (Most of the people who have died so far in Sweden have been over the age of 70.) The increase in Stockholm is greater than the rise in deaths from American cities like Chicago and Boston, and is mirrored by the fact that almost 30 percent more people died during the epidemic than would normally have passed away in Sweden at this time. The jump is much greater than in countries near Sweden and comparable to that of the United States, which does not have Sweden's advantages in terms of its health care system.

"It's not a very flattering comparison for Sweden, which has such a great public health system," Andrew Noymer, a demographer at the University of California at Irvine, told the Times. "There's no reason Sweden should be doing worse than Norway, Denmark and Finland."

This is not to say that Sweden's approach has been an unmitigated disaster. Hospitals have not been overwhelmed, as many predicted, and Google mobility figures reveal that Swedes nearly matched residents of neighboring countries in their decision to visit restaurants, stores and other recreation spots with less frequency as a precautionary measure. Yet Sweden had certain advantages, including the fact that it has a low population density and has fewer multigenerational households, which are particularly vulnerable to the virus.

"Adoption of government-imposed social distancing measures reduced the daily growth rate by 5.4 percentage points after 1–5 days, 6.8 after 6–10 days, 8.2 after 11–15 days, and 9.1 after 16–20 days," the authors of the study wrote. "Holding the amount of voluntary social distancing constant, these results imply 10 times greater spread by April 27 without [shelter-in-place orders] (10 million cases) and more than 35 times greater spread without any of the four measures (35 million)."