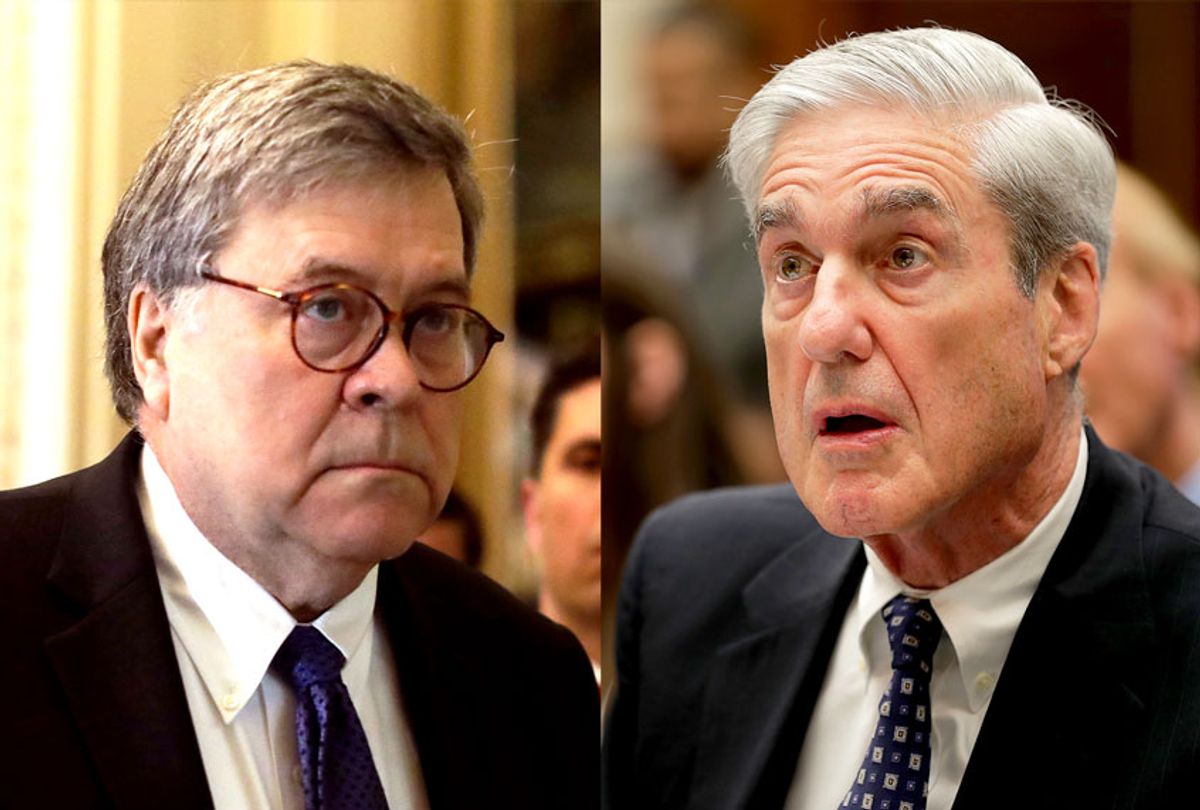 Department of Justice records obtained by watchdog group American Oversight and shared with CNN show that Barr met with U.S. Attorney John "Bull" Durham at least six times over a span of ten weeks, including during the black-box gap after Mueller filed his report and before Barr released it to the American public.

Though Barr made his misgivings about the investigation clear even before he was nominated by President Donald Trump to replace Jeff Sessions, the documents could shine additional light on the scope and goals of Durham's assignment, which remained murky until now.

One key difference between Mueller and Durham is that the scope of the former special counsel's probe was shared with the public in an authorization memo from then-Deputy Attorney General Rod Rosenstein. Mueller's progress was regularly documented thereafter in financial expenditures and court filings.

Barr, however, has never published the guidelines for Durham's investigation. With perhaps one exception last fall, when the department declared that Durham's probe had at some point evolved into a criminal investigation, Barr has refused to disclose costs and other specifics of the probe itself.

That shadow now covers the Mueller investigation. Barr has continued to refuse to declassify redacted portions of the report, such as grand jury information, even to Congress. Though an appeals court ordered the Justice Department to turn over the secret grand jury evidence to the House of Representatives in March, the Supreme Court temporarily blocked that from taking effect order this week.

The first Barr-Durham meeting took place at a highly-sensitive and highly-consequential time — in the four days between when Mueller submitted his final report and Barr released a misleading summary about its findings. The move led Mueller to write a "scathing" letter to Barr, which accused him of misrepresenting his work.

Though it might be normal for an attorney general to meet with advisers, the timing is another matter.

Rosenstein, who oversaw Mueller, did not attend the meetings, meaning Barr left out the official most familiar with the Russia probe. (American Oversight requested communications between Rosenstein and Durham, though none came back.)

Barr and Trump have since used the shrouded Durham probe to throw doubt on the propriety of the Mueller investigation and its conclusions. Trump has falsely crowed  that the report was a "Complete and Total EXONERATION!" Mueller, in fact, identified at least ten instances of possible obstruction by the president in his report.

Barr told Sen. Sheldon Whitehouse, D-R.I., that he believed government agents had been "spying" on Trump's campaign during an April 2019 Senate hearing. That vow to look into the allegations as much as anything seems to have set the foundation for what the president now calls "Obamagate," a baseless conspiracy Trump himself cannot define or explain.

U.S. attorneys typically come to Washington every six weeks or so, and they typically meet with the attorney general, a senior Justice Department official told Salon, speaking on the condition of anonymity out of fear of reprisal.

But when U.S. attorneys descended on the capital in 2019 for their annual meeting with the attorney general, Barr only held one event, open to the media, where he played the bagpipes.