Among the few compliments one can pay to this formulaic flop is that at least they cast actors of color. Hooray? 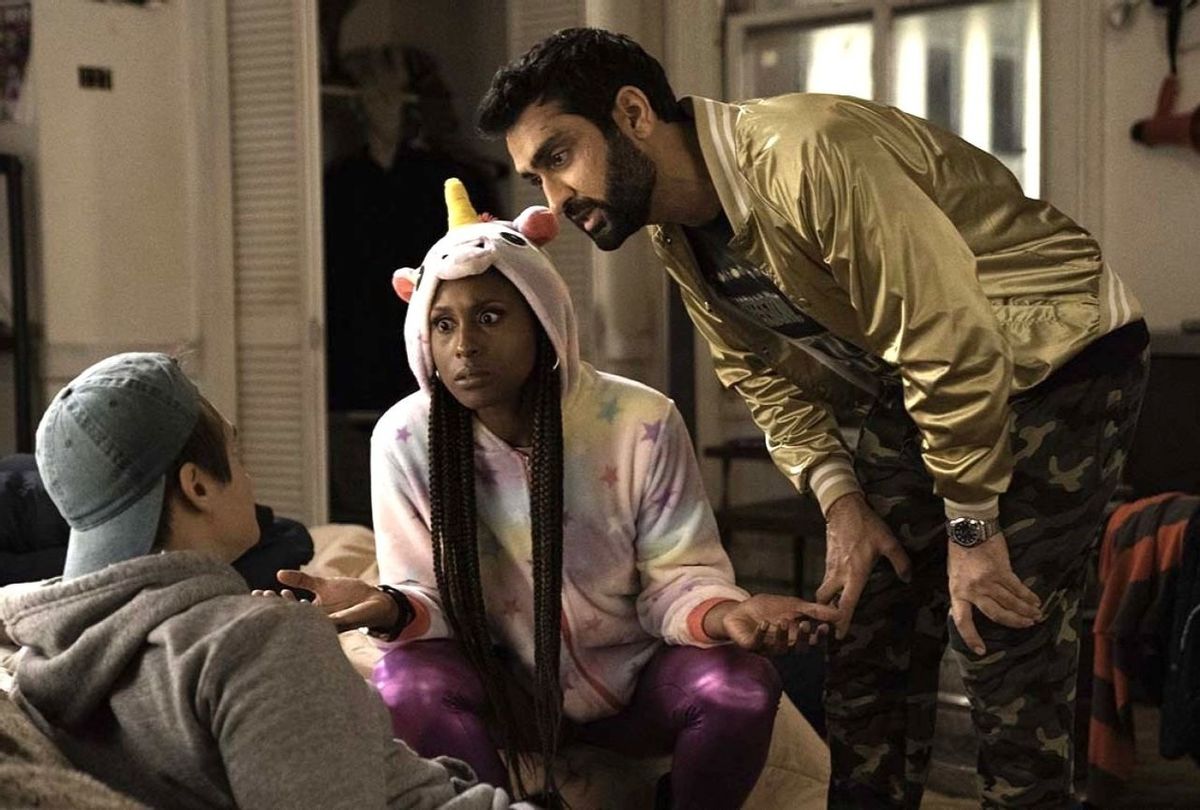 There's subset of the romantic comedy best described as "bored couples rekindle the romance by fleeing homicidal criminals" that may not be overly populated but is nevertheless awash in detritus. Those we're able to recall such as "Date Night" or the somewhat better "Game Night" aren't memorable because of what they were about but who starred in them. Tina Fey and Steve Carell play the bored couple in the former, with "Game Night" pairing Jason Bateman and Rachel McAdams.

Bateman and McAdams are sort of believable as a couple, but Fey and Carell, two extraordinary talents, have all the onscreen chemistry of bat guano.  No matter – people like him, and people love her, and while putting them together doesn't make big screen magic, at least the movie got made.

I bring this up to explain the how if not the why of "The Lovebirds," the run-for-our-lives rom-com pairing the very enjoyable Kumail Nanjiani with the crazy-likable Issa Rae. "The Lovebirds" is the answer to a question nobody asked: "What if 'Date Night,' only with, like, way more melanin?" And while its reply has its moments, the rest is snoring.

Originally "The Lovebirds" was slated for a theatrical release prior to the forced closure of theaters nationwide due to the spread of the novel coronavirus that causes COVID-19. Showing up on Netflix likely guarantees it a larger audience than it might have gotten otherwise, especially after the reviews emerged – even before our recession, the notion of forking over $20 to sit through an feature-length letdown felt insane. Now we can endure "The Lovebirds" for the price of our monthly streaming subscription, and we have time so . . . eh, why not.

After all, as I've established, we like these performers. It also helps that they've been showing up quite a bit recently. Rae recently played another romantic lead in "The Photograph" and is at the center of an impressive fourth season run of "Insecure" on HBO, in addition to executive producing other projects. Nanjiani is the executive producer of Apple TV+'s critically acclaimed anthology series "Little America" and slated to star in Marvel's newest superhero flick "The Eternals." His co-star turn in last year's "Stuber" . . . also is a thing that occurred.

In "The Lovebirds" Nanjiani and Rae star as Jibran and Leilani, two crazy New Orleans lovers who meet, fall in love and shack up for four years before they slam into the wall. Michael Showalter, who directed Nanjiani in "The Big Sick," opens with a quick glide through their first dates and the starry-eyed gooeyness that follows directly in its wake, cutting directly to what looks to be the end of the run afterward.

A fight on their way to a friend's dinner party climaxes in the exchange, cutting but painfully honest barbs, and just as Jibran and Leilani realize that there's no taking back what they said, a man claiming to be a cop (Paul Sparks), commandeers their car and uses it to run down a cyclist, then back over him a few times for good measure. He then runs off, leaving the couple at the scene with a dead body, only to be found by a pair of witnesses. Commence the haphazard fleeing and half-baked detective work.

Purely from a comedic perspective, teaming up Nanjiani and Rae should work. Each is gifted with a signature style of delivering off-the-cuff banter of which Showalter makes the most through the feature's 87 minute runtime. But as a couple? Let's say this: in the few scenes where they kiss, it's plain to see that Rae knows how to sell a lip lock, as does Nanjiani, and yet every lingering smooch they shared made me wish they were kissing other people.

Aside from the dearth of heat or believable attraction between the two, there are a few hints at angles that could have at least made their adventure more interesting. Early into their caper they also highlight the very understandable hesitancy that a black woman and a brown man may have with going straight to the police with their side of the story, an incident that would sound implausible coming from upper-middle-class white people.

Had screenwriters Aaron Abrams and Brendan Gall teased out that aspect of this formula that might have given the viewers something fresh to hang onto. I'm not sure that would have made much of a qualitative overall, but it would highlight a key difference in this version of the formula. Alas, that doesn't happen in any remarkable way.

What delight there is in "The Lovebirds" exists in watching the two of them riff off one another in a procession of scenes where the danger evolves from severe to outright bizarre. For reasons that are unclear their efforts to clear their names drop Jibran and Leilani into an "Eyes Wide Shut" situation that exists purely for the sake of existing.

That the same explanation applies to "The Lovebirds" overall doesn't speak well of its appeal, or its value within Netflix's features catalog a varied library that includes a few Oscar contenders and accidental phenomena starring A-list actors.

Instead it belongs in that category of movies each should ask to be left out of any career achievement retrospective montages awaiting them down the road.  For if Fey's and Carell's (and McAdams' and Bateman's) respective trajectories indicate anything, it is that audiences that really love a particular performer agree to forget their missteps. "The Lovebirds" is one such stumble for Rae and Nanjiani, as easily erased from the memory as it is forgiven.

"The Lovebirds" is currently streaming on Netflix.