If your favorite cuts of meat aren't available, these are the best options for your cookout

Grilling season is upon us! Try swapping in these cuts of meat for your standbys 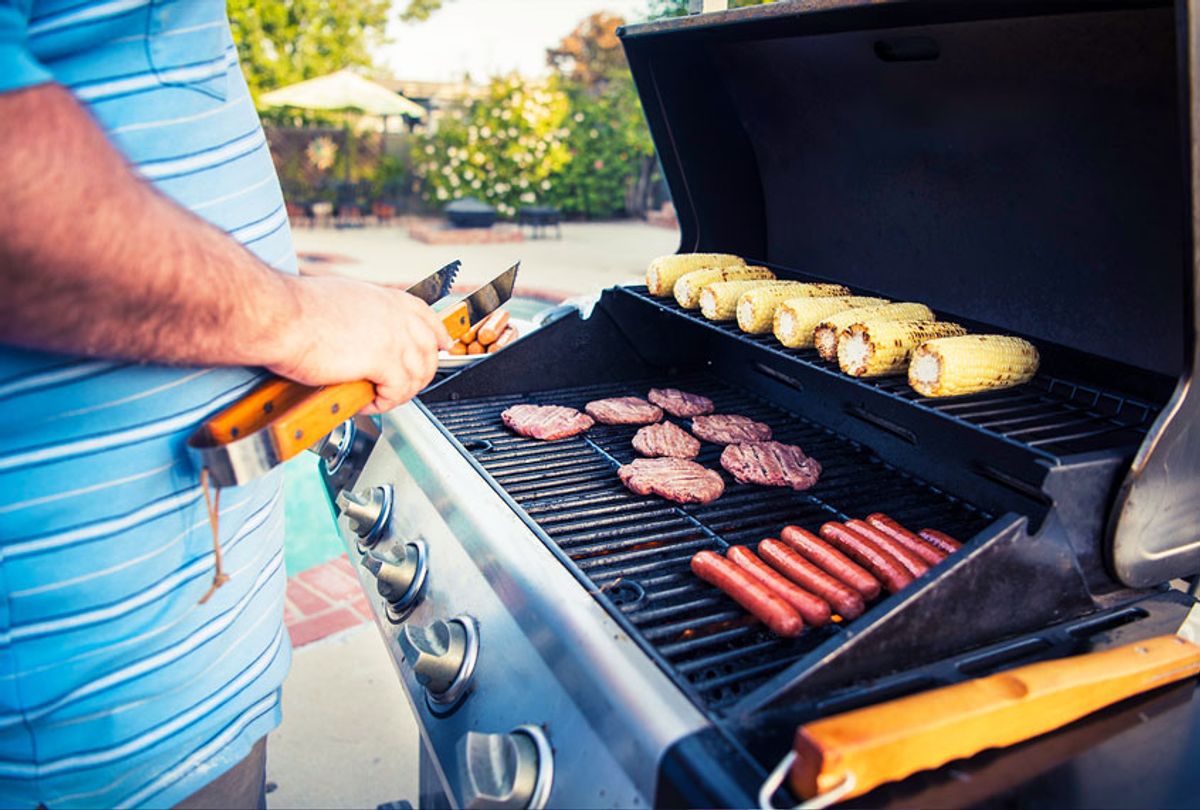 Meat on the grill (Getty Images)
--

Grilling season is upon us! It's a little bit of a weird one because, due to the pandemic, there are lingering supply chain issues impacting both restaurants and home cooks. This means that perhaps your favorite meat cuts may not be available, or at least not as plentiful, as you're used to having for your cookouts.

Of course, there are other options for getting your hands on what you want to grill — like signing up for a CSA from a local farmer, getting to know your local butcher or finding online fresh-frozen delivery from farms. But you could also expand your meat horizons and experiment with some other cuts of meat that don't tend to get as much love but are just as flavorful (if not more so!).

No chicken breasts? Go for the wings or thighs

Alright, so chicken breasts get a bad rap anyway, which I get. If they're not cooked correctly, they become so dry and stringy that not even a generous slather of barbecue sauce is going to fix that mess. There are totally ways around this (poaching the breasts!), but for grilling, there are simply better cuts of chicken to turn to first. Namely, the thighs and the wings.

Chicken thighs are considered the "dark meat" of the bird, meaning that they contain more fat — and therefore more flavor. They hold up well to both a dry rub and a marinade. My current favorite is this buttermilk-brine recipe from "The Kitchn."

Wings — with the skin on, always — are a great option because, even when cooked over medium heat on a grill, they end up crispy on the outside and juicy on the inside. While Salon's coffee-porter brined wings recipe was originally written for oven-baked wings, it can be easily adapted for the grill. Once the wings are brined and rubbed, oil your grill grates with vegetable oil and heat grill to medium heat. Place wings directly on the grill, and cook until skin is crisp and meat is cooked through while turning occasionally, about 15 to 20 minutes.

Megan Montgomery, who is the meat manager at Foothills Meats in Black Mountain, N.C., says her current favorite cut to toss on the grill is a pork shoulder steak. You're not likely to find "pork steak" packaged in a grocery store meat aisle, but what you will likely find are other well-known cuts that, with a few quick slices, are ready to toss on the grill.

So, keep an eye out for "pork shoulder roast," "Boston butt" and "coppa" (or pork collar, a cut that I did a deep-dive on for Salon last November!). What you can do with these cuts is simply slice them — or have your butcher do it for you — into 3/4-inch to 1-inch steaks. They have a little more fat than your traditional chop and are a pretty sweet umami-bomb, especially if tenderized before grilling.

Not enough ground beef? Sub in lamb or chorizo

Maybe you're trying to cut down on the amount of red meat on your plate, or you're simply trying to make a pound of ground beef go a little further. Regardless, adding a second protein to your burgers is the most flavorful way to go. My two picks this summer are going to be lamb — which has a kind of a strong, earthy flavor — and chorizo, which adds some fat and spice to the mix.

Play around with ratios until you find what flavor profile works best for you. A safe place to start is two parts ground beef to one part lamb or chorizo.

But think of it as the protagonist in one of those '90s makeover movies – you know, a few quick changes (taking off glasses, straightening hair, whatever) and bam! In this case, however, your skirt steak is just going to need a burst of heat and a flavorful marinade. I'm a big fan of America's Test Kitchen Mojo-Marinade.

Don't overcook it – just 3 to 5 minutes on each side, depending on your preference for doneness, and then let the steak rest for 5 minutes before slicing it against the grain. Toss those cuts on a tortilla with some avocado and Amanda Marcotte's habanero hot sauce, and you're set.

Bored with hot dogs? Ask your butcher for tasty bargains

Speaking of cuts that aren't necessarily the prettiest, Loreal Gavin — who is the author of "The Butcher Babe Cookbook: Comfort Food Hacked by a Classically Trained Chef" and has competed on programs like "Food Network Star"— says when you're shopping for meat to grill, don't be afraid to take a second look at some of the meat that has been discounted.

"In my book, I talk about how cuts of beef that are reduced in price due to something like aesthetic discoloration can actually be far more lovely in flavor than their freshly cut counterparts," Gavin said.

Obviously, you want to steer clear of anything that is noticeably slimy or has a pungent odor, but just because a cut of beef isn't a perfect marbled red and white doesn't mean that it won't taste great.

According to the USDA, the color of a piece of meat is influenced by the age of the animal, the species, sex, diet, and even the exercise it gets . . . Exercised muscles are always darker in color, which means the same animal can have variations of color in its muscles."

"When you support local butcher shops, you can ask questions to your butcher like, 'Hey do you have any cuts back there that weren't pretty enough to sell today? Can I have two pounds of that?'" Gavin recommended. "Most likely, the butcher will sell you what they were going to have for dinner. Trust me, I've done it."