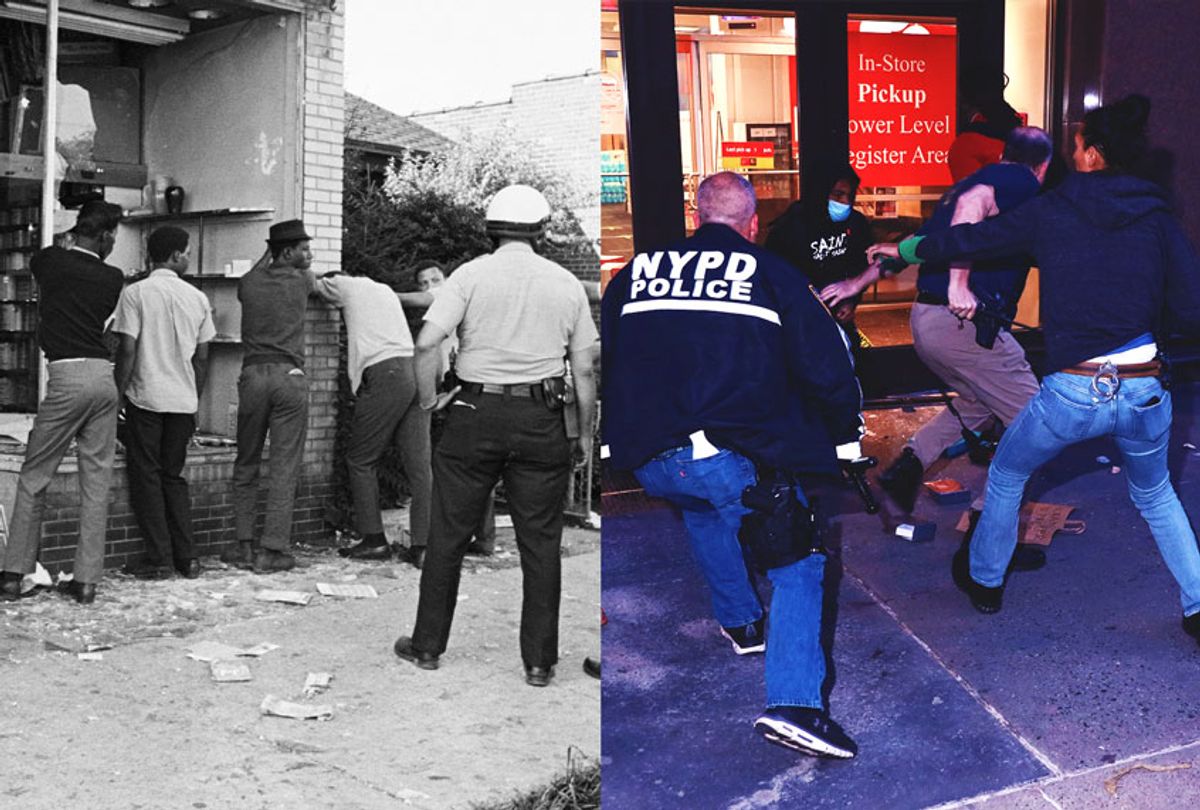 The pandemic-era U.S. was a tinderbox, and the police murder of George Floyd has caused it to ignite. Despite the fact that a general-election campaign is fast approaching, the rebellions that have spread rapidly across the nation demonstrate that politics can't be reduced to the polling station. They're an indictment of structural racism, poverty and repression, and they're pushing the boundaries of what is politically possible.

While another term of Donald Trump's presidency represents a serious danger, the alternatives on offer aren't enough. Prospective Democratic nominee Joe Biden has nothing to offer to the movement against police violence besides advising police to shoot people "in the leg instead of in the heart." The Bernie Sanders campaign was a program that would have benefited the millions of unemployed and uninsured today — but because it was trying to capture control of  the state through the normative electoral process, it had to accept the limits set by the political establishment. Now that establishment expects the movement to compromise on its demands. From that establishment's point of view, letting the underlying structures of oppression and exploitation go unchallenged is justified by the imperatives of the election.

Today's rebellions against police violence, on the other hand, are directly confronting the state and refusing to compromise. They are showing us, loud and clear, that the state doesn't just consist of ballot boxes where we decide which elected politicians will make deals in backrooms. It also consists of the police, the army and the National Guard; it's a repressive state that was forged in the context of racial slavery and has persisted in segregation, enduring racial disparities and violent repression.

Unless we challenge this state power, no movement for social change will succeed. The increasingly militarized police can be sent to repress essential workers who go on strike, tenants who can't pay their rent or the unemployed who demand health care.

The fact that today's rebellions are destructive, or even "violent," is simply inevitable in a context in which people have been systematically oppressed and exploited, when they are murdered on a daily basis by poverty and police violence. Instead of being afraid of the destructiveness of direct action, we have to recognize its historical inevitability.

That lesson is clear when we look at the urban rebellions of the 1960s, from Watts to Newark. These rebellions showed that the oppression of black people was not "solved" by the legislative victories of the civil rights movement. As Keeanga Yamahtta-Taylor writes in "From #BlackLivesMatter to Black Liberation":

Hundreds of thousands of Black Americans drew even more radical conclusions about the nature of Black oppression in the United States as they were drawn directly into the radicalizing movement; hundreds of thousands more sympathized with the rebellions. The struggle broke through the isolation and confinement of life in segregated Black ghettos and upended the prevailing explanation that Blacks were responsible for the conditions in their neighborhoods. Mass struggle led to a political understanding of poverty in Black communities across the country.

In Detroit, the 1967 "Great Rebellion" was provoked by a police attack on an unlicensed bar frequented by industrial workers getting off of long shifts. The newspaper Inner City Voice, operated by militants who would later go on to found the League of Revolutionary Black Workers, described this event as "the general strike of '67," and characterized the looting that took place during the rebellion as "shopping for free." A few months after the rebellion, an editorial proclaimed:

In the July Rebellion we administered a beating to the behind of the white power structure, but apparently our message didn't get over. … We are still working, still working too hard, getting paid too little, living in bad housing, sending our kids to substandard schools, paying too much for groceries, and treated like dogs by the police. We still don't own anything and don't control anything. … In other words, we are still being systematically exploited by the system and still have the responsibility to break the back of that system.

"The Revolution must continue," the editorial concluded.

While our historical context today is very different, this lesson remains the same. Today these rebellions have the potential to generate political power in a way that electoral campaigns don't. They're independent of the cycle in which representatives become entrenched in a political bureaucracy, and end up working to maintain their own positions rather than serving the public. Even if their goal is reform, politicians will only be able to pursue it if there's a threat of political instability that forces the ruling order to make concessions. And if those politicians have started to think more about the next election than making the policy changes they promised, they need to be pressured by movements outside the state to follow through.

If the human species is going to survive, we need to see a fundamental transformation in how our societies operate. That means change will have to happen within the existing institutions, and it will be necessary for more reform-oriented politicians to enter into the state. But it also means recognizing the historical necessity of rebellion against the status quo. For a long time, the political system has been telling us that oppression is justified, that exploitation is justified. It's time for us to take a serious look at history and what's really happening on the ground today, and recognize that rebellion is justified.