“We look forward to bringing this great celebration and economic boon to the Sunshine State," the RNC chair says 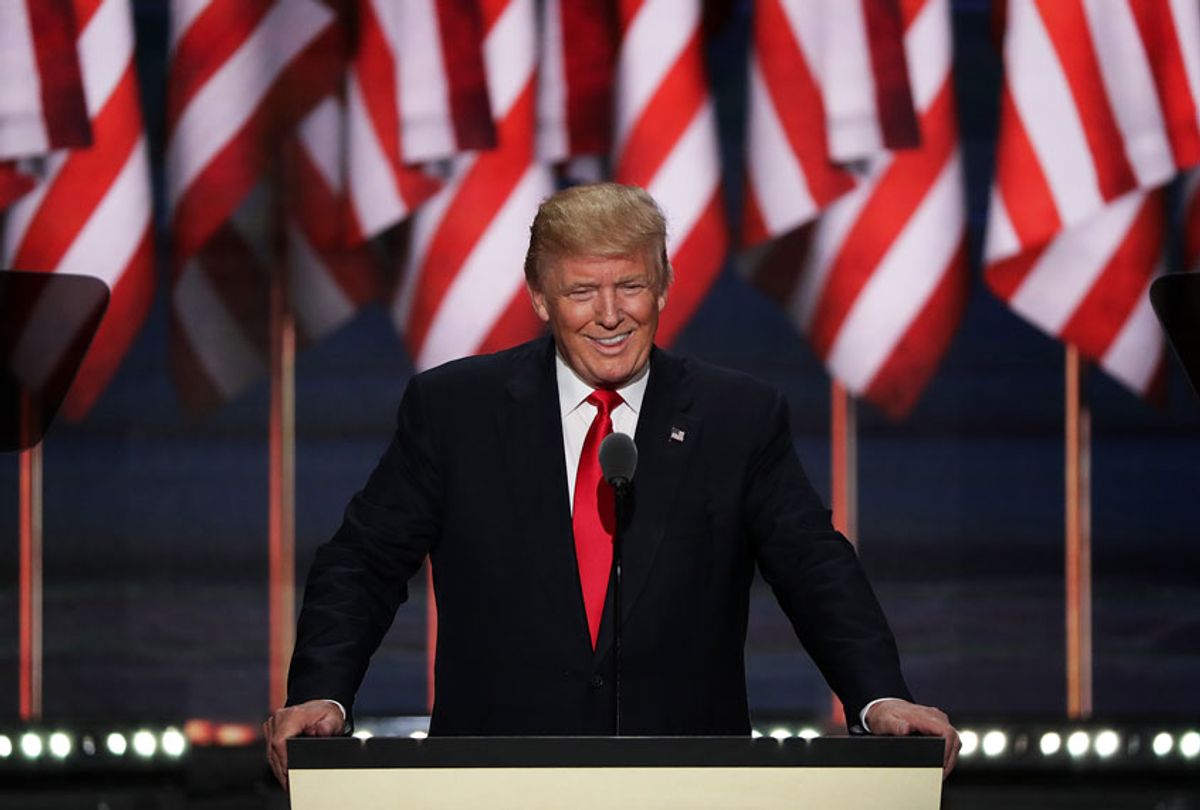 President Donald Trump on Thursday announced that he will accept the Republican Party's nomination this August in Florida. His address to the nation will happen in Jacksonville on the 60th anniversary of a Ku Klux Klan attack in the city known as "Ax Handle Saturday."

On Aug. 27, 1960, a KKK-led mob of hundreds of white people attacked black civil rights protesters holding sit-ins at whites-only lunch counters in the city, chasing them through the streets and beating them with bats and ax handles stashed in Hemming Park.

At the time, the city's mayor — Haydon Burns, a white man — suppressed the story, and the attack was not commemorated until 2001, when a marker was laid in the park. The New York Times characterized it as "one of the darkest days in the city's history."

It is not clear whether RNC officials knew the day's significance at the time of booking the stadium.

"Not only does Florida hold a special place in President Trump's heart as his home state, but it is crucial in the path to victory in 2020," Republican National Committee chairwoman Ronna McDaniel said in a statement. "We look forward to bringing this great celebration and economic boon to the Sunshine State in just a few short months."

Ensuing backlash to the campaign's announcement comes amid backlash to another racially-charged campaign announcement.  Trump's first rally since the coronavirus pandemic is set to take place on Juneteenth — a.k.a. Jubilee — the anniversary of the day in 1865 in which the last black slaves in the U.S. were freed in Texas, two years after former President Abraham Lincoln issued the Emancipation Proclamation.

However, Trump will not be holding the rally in Texas. Instead, he has chosen Tulsa, Okla. The city is home to the 1921 Tulsa Race Massacre, one of the most brutal instances of racial violence in U.S. history. Mobs of white people killed as many as 300 black people and set fire to 30 city blocks. That winter, about 9,000 Black Tulsans lived in tents.

"It's almost blasphemous to the people of Tulsa and insulting to the notion of freedom for our people, which is what Juneteenth symbolizes," CeLillianne Green, historian and author of the book "A Bridge: The Poetic Primer on African and African American Experiences," told the Washington Post, underscoring the grim contrast of the attack with Jubilee.

"I'm speechless. That day is the day those people in Texas found out they were free," Green said. "The juxtaposition of the massacre of black people and Juneteenth, the delayed notice you are free, is outrageous. Juneteenth symbolized our freedom."

Trump has been accused of blasting dog whistles to racist supporters since spearheading the false birther smears against former President Barack Obama. While campaigning in 2016, Trump was excoriated for what critics saw as open overtures to racists and white supremacists, slips that the president for whatever reason seems unable to avoid replicating to this day.

GOP officials have been careful not to call Trump's speech in Jacksonville a "convention" but rather an event "to celebrate the renomination of President Donald J. Trump." The official convention will still be held in Charlotte, N.C., which Trump personally pulled out of when Democratic Gov. Roy Cooper refused to commit to suspending social distancing rules.

The registration form for Trump's Tulsa rally includes a disclaimer which indemnifies the Trump campaign for any illness. It is still unclear what public health precautions, if any, will be put in place for the Jacksonville event. The city's current Republican mayor this week ordered a statue of a Confederate soldier statue removed from Hemming Park.