Ithaca, N.Y., may be first city to cancel rent. Economist Richard Wolff says the issue is much larger than that 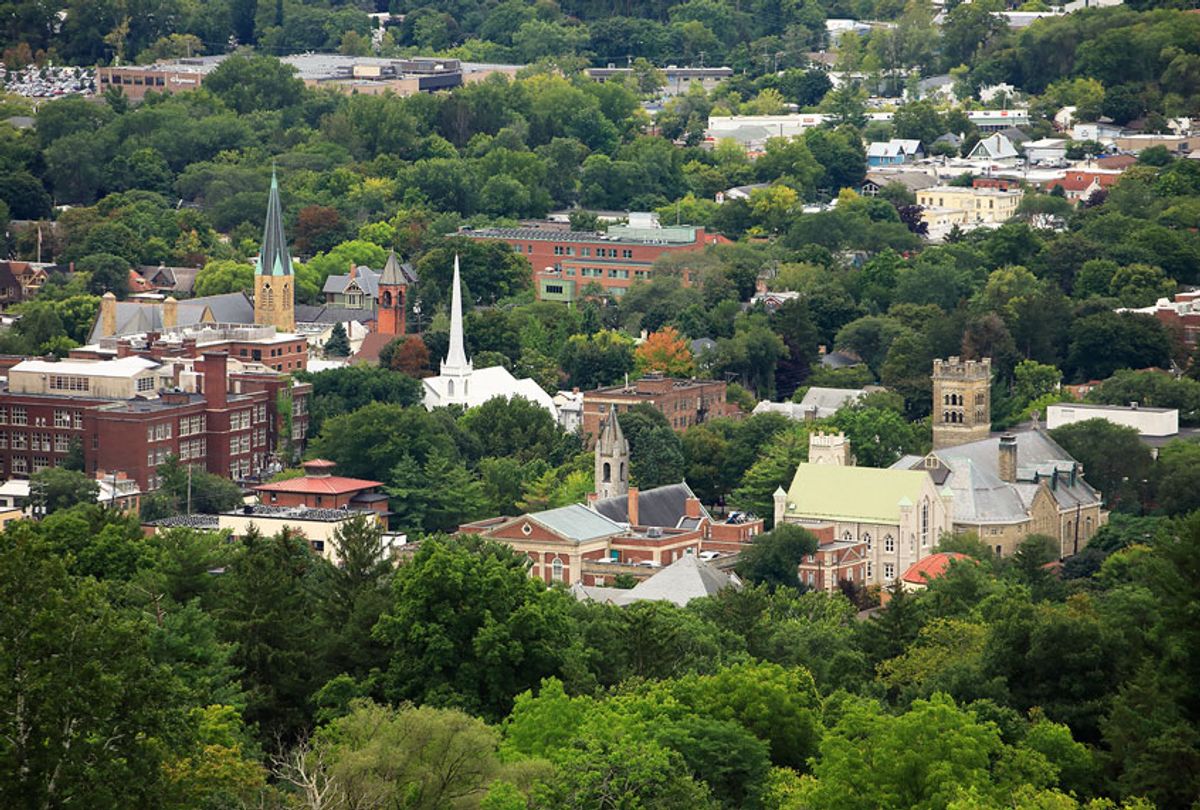 This story has been corrected and revised since its original publication. The city of Ithaca has not in fact "canceled" rent, as the original text implied. The resolution passed by the city's common council is a proposal, with no force of law. Salon regrets the error.

The city of Ithaca, New York — a small community of roughly 30,000 people in the Finger Lakes district, best known as the home of Cornell University — has passed a resolution which, in its own modest way, presents a significant challenge to the capitalist order.

A resolution passed by the Ithaca common council on Wednesday that asks the New York State Department of Health to authorize the city's mayor to forgive rent debt from the last three months, for residential tenants and small businesses alike. The common council also asks for the mayor to have the authority "to obligate landlords to offer renters who have been affected by COVID-19 lease extensions at the current rate of rent during the duration of the declaration of emergency."

This resolution would make Ithaca the first American city to cancel rent outright during the pandemic. It's a timely move, given that nearly three-quarters of Ithaca residents are renters, many are out of work due to the coronavirus pandemic and New York state's eviction ban is scheduled to expire on June 20. Although Gov. Andrew Cuomo has extended the ban, it still allows landlords to seek to evict tenants, and merely empowers the latter to go to housing court (while still needing to cover their rent).

This may not seem like a big deal if you don't live in Ithaca, but the long-term ramifications could be huge.

"The key word" in the Ithaca resolution "would be 'forgive,'" Dr. Richard D. Wolff, professor emeritus of economics at the University of Massachusetts Amherst, told Salon. After reviewing how landlords are already starting to file lawsuits throughout the country — particularly those with commercial tenants who have been unable to pay their rents due to the economic shutdown — Wolff told Salon, "You are seeing a system break down. That's what this is. It isn't a detail. It isn't a particular problem. Even if you write it that way or see it that way, I can assure you, this is a system falling apart."

As Wolff explained to Salon, the dynamic in Ithaca has major implications because it entails the most fundamental rules of property law being suspended because of extraordinary circumstances. Government officials can certainly find legal precedent for such extreme measures — Wolff pointed out that this happens in eminent domain cases, when the state seizes private property by claiming to do so for the greater good — but it's noteworthy that these exceptions are being sought in the first place. That fact exposes, Wolff argued, the underlying structural problems of capitalism itself.

He also predicts that landlords in Ithaca are likely to fight this proposal fiercely. "They are now going to fight it out because the normal rules of signing a lease and paying your monthly payment and all that — that's what it means when a system breaks down, the normal rules no longer apply," Wolff said. "You're going to see vast filings of lawsuits left and right, because that's one arena — not the only one and not even the most important one — where you can literally see how the system is falling apart."

Wolff speculated that renters will mobilize to assert their rights, citing as a hypothetical example Ithaca restaurant owners arguing that their businesses will have to close without rent forgiveness, making this a critical situation for them and their employees.

Although Ithaca's move is a victory for everyday people over the ruling class, Wolff isn't optimistic just yet.

"There is no escape from the following conclusion: The people who are the biggest, the richest, who can afford the most expensive law firm with the best political connections is going to win, and the medium and the small are going to lose," Wolff said.

"The irony that we will all look back on is that the very inequalities that helped to produce this latest crash of capitalism are actually being made worse by how it's being managed. And what that means is exactly what it meant in 2008 and 2009, when the same thing happened: The inequalities only got worse, and here we are barely a decade after the end of the last one. And we're in an even worse one, rivaling the Great Depression."

The dynamics of capitalism inevitably lead to boom-and-bust cycles, Wolff observed, including three in the last 20 years: the dot-com bust of 2000, the financial crisis in 2008 and the coronavirus crash in 2020. Even in supposedly prosperous periods, capitalism creates human suffering through severe income inequality, Wolff noted, but the problem is that any long-term solution must challenge the premises of capitalism itself. Alternatives simply involve biding our time until the next major crisis occurs.

"That's the way capitalism works," Wolff explained. "It's like asking me, if we were talking about slavery and I described to you how awful the master treats the slave, and you said to me, 'Well, I mean, is there no way to get out of this?' And the answer is, not as long as you have this system, because this is the way this system works. If some people are the property of other people, you're going to get this kind of behavior."

Capitalism, Wolff observed, involves a familiar lexicon of terms: "Crisis, crash, depression, recession, boom, bust." Americans will occasionally focus on addressing inequality, "and then we have anti-poverty programs up the wazoo," he said, but soon enough "we go back and we live with it. And then it explodes, [as with] George Floyd or in some other form. And everybody goes, 'Oh my God, we have racism. We have poverty.' Yeah, we sure do. And we don't have a system that allows us to get out of it."

One clear possibility here is that the current economic crisis could force Americans to consider more radical political options. President Trump appears to be at a major disadvantage against Joe Biden, both in terms of historical precedent and his current polling numbers. Although widely regarded as a centrist, Biden appears to have shifted left in his policy proposals: He has suggested stimulus legislation "a hell of a lot bigger" than the $2 trillion already passed by Congress, creating a Pandemic Testing Board on the scale of Franklin D. Roosevelt's famous War Production Board, investing in green businesses, forgiving federal student-loan debt at a minimum of $10,000 per person, establishing a 100,000-plus worker Public Health Jobs Corps, guaranteeing paid emergency sick leave, increasing the relief checks sent to families and adding $200 a month to Social Security checks.

Those may not be radical systemic reforms, and they certainly won't come anywhere close to ending capitalism. But it's telling that a political moderate and stalwart establishmentarian like Biden has been forced to advocate government intervention on such a large scale. We may be facing a groundswell in public opinion that political leaders — at least those outside the Trump-centric Republican Party — simply cannot ignore.