"It's time for change": New Orleans' Big Freedia on working against gun violence in new documentary 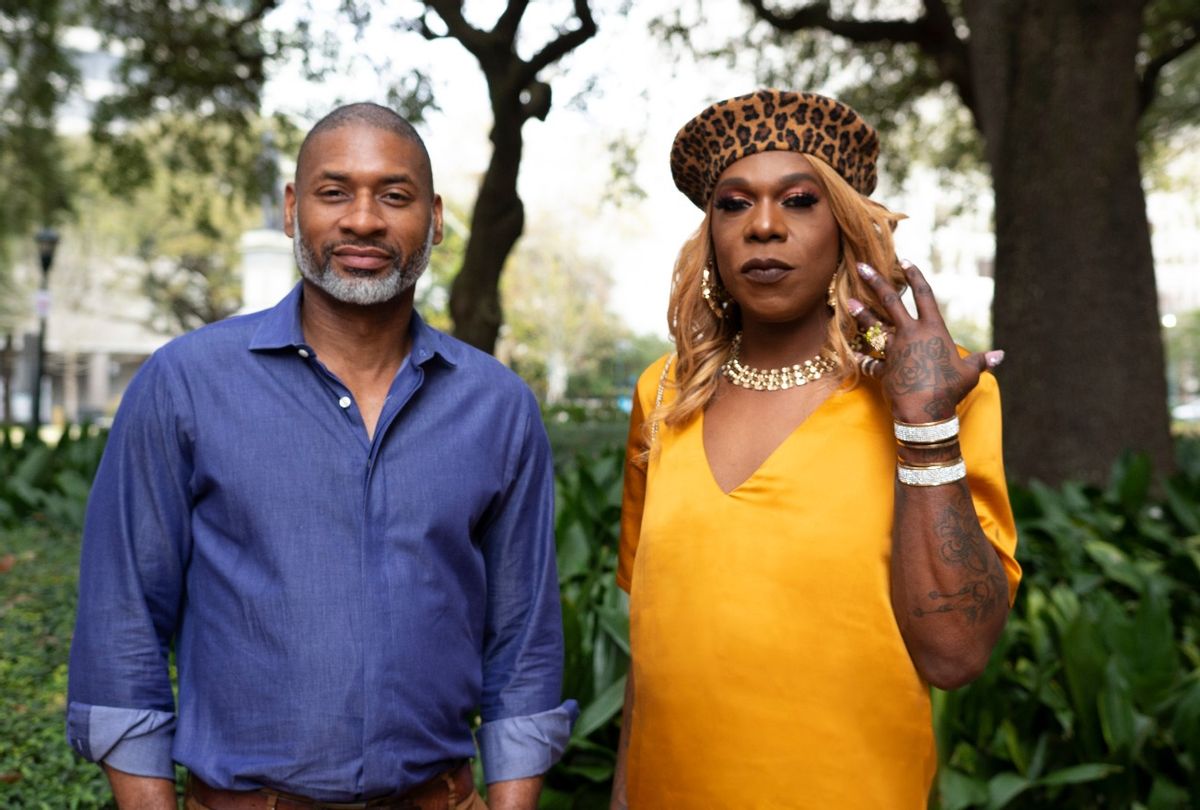 In the topical documentary, "Freedia Got a Gun," New Orleans Bounce rapper Big Freedia uses her celebrity to raise awareness and take a stand against gun violence. In New Orleans, 92% of the homicide victims were Black in 2019. That is a staggering statistic, and Freedia wants to stop this epidemic within the African American community.

Freedia's brother, Adam Ross, was killed in 2018; a year after his death, no arrests have been made.

"Freedia Got a Gun," which just had its virtual World Premiere at AFI Docs and is seeking distribution, looks at the people who are working to better things in the community. Freedia meets with Ashonta Wyatt, a middle school vice principal, 14-year-old Devin Walker, who is trapped in a cycle of violence, and Calvin Pep who works to address trauma and change minds about violent lifestyles. In addition, the Peace Keepers, an on-the-ground team, pass out flyers to "squash the beefs" that perpetuate killing.

Freedia's efforts are inspiring. She chatted with Salon about her activism and her new documentary. The following has been lightly edited for length and clarity.

I applaud your speaking for people who need to be heard and I am pleased you are working to help prevent and solve crime. What needs to be done to reduce gun violence?

I think there are so many things that need to be done on different levels – the way you can buy a gun, how easy it is. We need harder background checks to keep guns from people who want to buy them; enforcing laws that are in place that will protect people. We have so much violence going on in the world now that we need to protect people and our kids and the next generation. A lot of this violence is due to how guns are getting out. There need to be stricter laws enforced.

Charles Blow shrewdly explains in the film that gun violence is an everyday issue for the African American community – and that America only seems to care when there is a mass shooting, that the vulnerable Black population has no power and are seen as disposable: "You don't count." Can you talk about that disturbing attitude?

It is something we seen every day in the Black community. We see lots of crimes and it is Black on Black crime, and it's due to gun violence in the community. Blow saw violence growing up, and it is something you have to deal with every day. For the kids here in New Orleans, this is normal. We expect this to happen. It's been happening since I was a kid. I see it more now; it's gotten worse. They are shooting guys and girls and kids and babies. It's a lot to deal with on an everyday basis. Last night, someone was shot in a restaurant. It's become normal. The government doesn't see it every day, but it doesn't get attention like the mass shootings do. You're supposed to send law enforcement to handle situations, but every community needs safety. I can't imagine kids doing gun [active shooter] drills in school. I wish I could fix them, but government and community efforts are needed.

It's all about money. Guns are making money, so they don't care about losing people to violence. They want the money they can make off these guns. It's a sad situation that our government should protect the community and get guns in the right people's hands and out of the wrong people's hands. It's time for change. We need to stand up fight and protest to get change.

There is a line, "You're not a man without a gun." Can you talk about the themes of masculinity and weakness?

A lot of times that's how they feel in the Black community. They have to defend themselves with a gun. When I was growing up, it was throwing a fist. But now, if you throw a fist they retaliate with a gun because they feel less than a man with fists. Back then, you'd win some and lose some, but now guys feel they can't be a man or protect themselves or their families without a gun. Mostly everybody has a gun.

So Freedia got a gun. Describe that experience, and what you got, and the safety it provides, the opportunity you would use it.

I got a gun when I got shot. The only way I felt safe was to get a gun. I had a 9mm and it held 16 bullets and it was frightening to have that gun. But when I got it, I felt I was able to protect myself. I was terrified to go outside. One day, I said the only way I'd feel safe is to defend myself. That was not a place that I wanted to go. Because the background I come from, I wasn't around guns in my household. If my mom or dad had a gun, we never knew or saw it. It was disturbing to be shot and then to have to purchase a gun to protect myself against another gun. I understand it, but there still need to be more laws enforced to keep guns out of the wrong hands or from being passed around.  . . .

I don't have a gun anymore. I got rid of the gun because I only felt I needed it to protect myself at that time, and once I got over that fear, and the person I thought shot me was incarcerated, I felt safe again. It is a contradiction: you are forced into a situation you don't want to be in.

I was disturbed by the "I have to get you before you get me mentality." Can you talk about people like Devin, who can get caught up in this world? On the other side is, Sam, who was a victim of gun violence. What about them inspires you that you invest in their lives?

I want to see better for the community, and I want to do outreach. I'm helping different organizations and have better resources that were not available when I was young. Celebrities weren't talking to kids about this topic. We had Mr. Scofield come to school. He was an inspirational, encouraging speaker, and he touched your soul about stuff — drugs, violence, parents — in the Black community. I went home and told my mom I loved her. For me it's an opportunity to better the community and the world. I'm happy that I have a platform to go to schools and programs to talk to kids. It takes a village, and we need all the help we can get to help these kids.

I also appreciated the scene in the jail where you and others spoke about breaking the cycle. How optimistic do you feel about lessening gun violence, because stopping it isn't going to happen overnight?

It's not going to happen overnight. Time and effort are needed on both a big scale and a small scale. There needs to be discussions how can we fix it, and what can we do better. People have to want change. There is always a way to fix a problem. Talk it out instead of shooting it out or fighting it out. People do [violent] stuff before they think because they lose their head. My mom said, "A hard head makes a soft ass," because that's where you land. It's going to take government, community, and people to have change.