Reopening stores and restaurants won't save the economy with the caseload spiking, and even Republicans know it 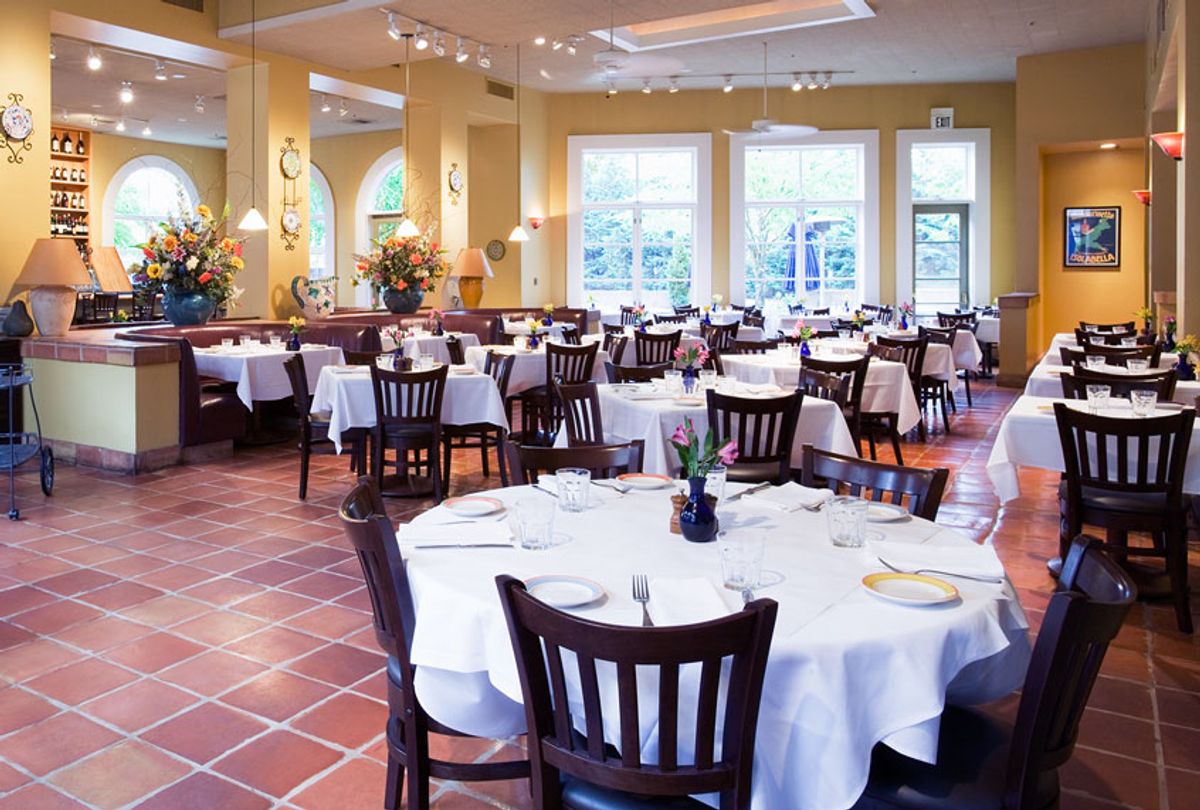 Tables and chairs in an empty restaurant (Getty Images)
--

Republicans believed the state of Texas would be the national model to prove Donald Trump and his supporters in right-wing media correct about the coronavirus. Trump and conservative pundits have continued to champion conspiracy theories painting the virus as being deliberately exaggerated by Democrats in order to power down the economy and sink the president's re-election chances. They've decided that it's fine to lift the pandemic restrictions, even in places that haven't met  any of the criteria laid out by public health experts for safer economic reopening.

Gov. Greg Abbott of Texas, a Republican who has remade himself in the Trumpist mold, made a big public noise about how his state's reopening — in the face of all reasonable advice — would accomplish the twin goals of being safe and restarting the economy.

His administration's focus "is keeping Texans safe while restoring their ability to get back to work, open their businesses, pay their bills, and put food on their tables," Abbott claimed in May, when Texas went to "phase 2" of reopening, adding, "we are slowing the spread of COVID-19 and protecting our most vulnerable."

In early June, when the state went to "phase 3," Abbott kept up the clap-happy talk, saying, "The people of Texas continue to prove that we can safely and responsibly open our state for business while containing COVID-19 and keeping our state safe." He promised that officials "will continue to mitigate the spread of this virus, protect public health, and get more Texans back to work and their daily activities."

Twenty days later, Abbott was singing a much different tune, going on KBTX-TV and begging people to stay home.

"[B]ecause the spread is so rampant right now, there's never a reason for you to have to leave your home," Abbott told the people he had just promised a rapid return to normal life. "Unless you do need to go out, the safest place for you is at your home."

To say the messaging is incoherent is a drastic understatement. The economic theory behind reopening was that because the lockdown had shuttered so many businesses and caused a huge recession, then surely ending the lockdown would mean those businesses and all the economic activity they generate would come roaring back to life.

The problem is that restaurants and stores don't magically make money by opening their doors. They need actual customers to come in and spend money. Getting back to work is an empty promise if people show up and find there's little or no work to be done. Paying the bills simply won't happen if there's not enough income coming in for business owners to pay their employees and keep the lights on. Waiters and store clerks can't put food on the table if diners or customers aren't coming in.

Yeah, there are plenty of photos and videos on social media showing people returning to bars and restaurants, in reality those businesses are only seeing a fraction of the customers they were before, and certainly well below the numbers they need to turn a profit and survive over the long term.

By telling Texans to stay at home — which is necessary, since coronavirus infections are spiking dramatically in the state, following its hasty reopening — Abbott revealed that this was pretty much a Potemkin reopen, meant to create the illusion of an economy on the mend without taking any of the steps needed to return to normal life, still less a normal economy.

Texas is paying a dear price to create that illusion. COVID-19 cases in the state are soaring, and so is the hospitalization rate. Abbott keeps insisting that the state's health care system is well-equipped to handle the situation, but in some parts of the state, ICUs are already overflowing. In Houston, the nation's fourth-largest city, 97% of ICU beds are reportedly full.

Such is the case across the country, where the Trump-inspired premature reopenings have been a disaster, leading to surging caseloads and state and local governments desperately trying to hit the brakes, after making bold promises of a return to normal.

Part of the problem here is that, because of Trump's antipathy towards testing and his repeated claims that virus fears are a hoax used to undermine him, the federal government never really did anything to slow down the spread of the virus so safe reopening was even possible. In fact, Trump has been actively fighting any such measures, which would require admitting that the virus is a real threat, not a drummed-up libtard conspiracy. That's why Trump has so belligerently opposed both masks and testing, though both measures could help allow businesses to reopen safely and make some degree of economic recovery possible. There are even reports that now suggest the federal government will cut back even more on testing, although there's no way to return to normal life without it.

But this catastrophe cannot be laid solely at the feet of Trump and his delusions. A huge part of the problem was that Republicans, for all their chatter about "the economy," have always been far more invested in gutting the social safety net and slashing taxes than in the genuine economic well-being of Americans. Reopening fast was largely a dodge used to justify the Republican refusal to pass more bills to protect workers and businesses from economic catastrophe, since those bills would require increased government spending and, most likely, raising taxes on the wealthy to pay for it.

For instance, staff at retail stores and restaurants that forced to closed by lockdown restrictions are eligible for unemployment checks. By lifting those restrictions and ordering people back to work, Republicans can now kick those folks off unemployment. The fact that the "jobs" they're going back to could well evaporate due to lack of business, doesn't matter to Republicans. They just want folks off the unemployment rolls and really don't care what happens to them after that.

The catch here is that the unemployment checks created a far more effective economic stimulus than the cut-rate paychecks people are being sent back to. If Republicans really wanted a recovery, they'd be keeping people on a healthy unemployment income until it's truly economically feasible to return to work again, because then those people would be able to keep on buying food, paying the bills and otherwise contributing to the consumer spending needed to keep the economy afloat. But Republicans would honestly rather watch the economy slowly wither than increase social spending and taxes the rich.

Trump has spent months pitting "the economy" against public health efforts to control the virus. The reopening experiment in red states — and some blue ones, like California and Washington state — has made clear this was a false dichotomy. There can be no economic recovery until we contain and control the pandemic. Reopening was a feint, an excuse to kick people off unemployment but never an actual plan to get the economy functioning again. Republicans sacrificed people's health — in fact, they literally killed people — for an economic recovery that was never going to happen.