"His prosecution will be pursued even after the end of his term in office," the largely symbolic statement says 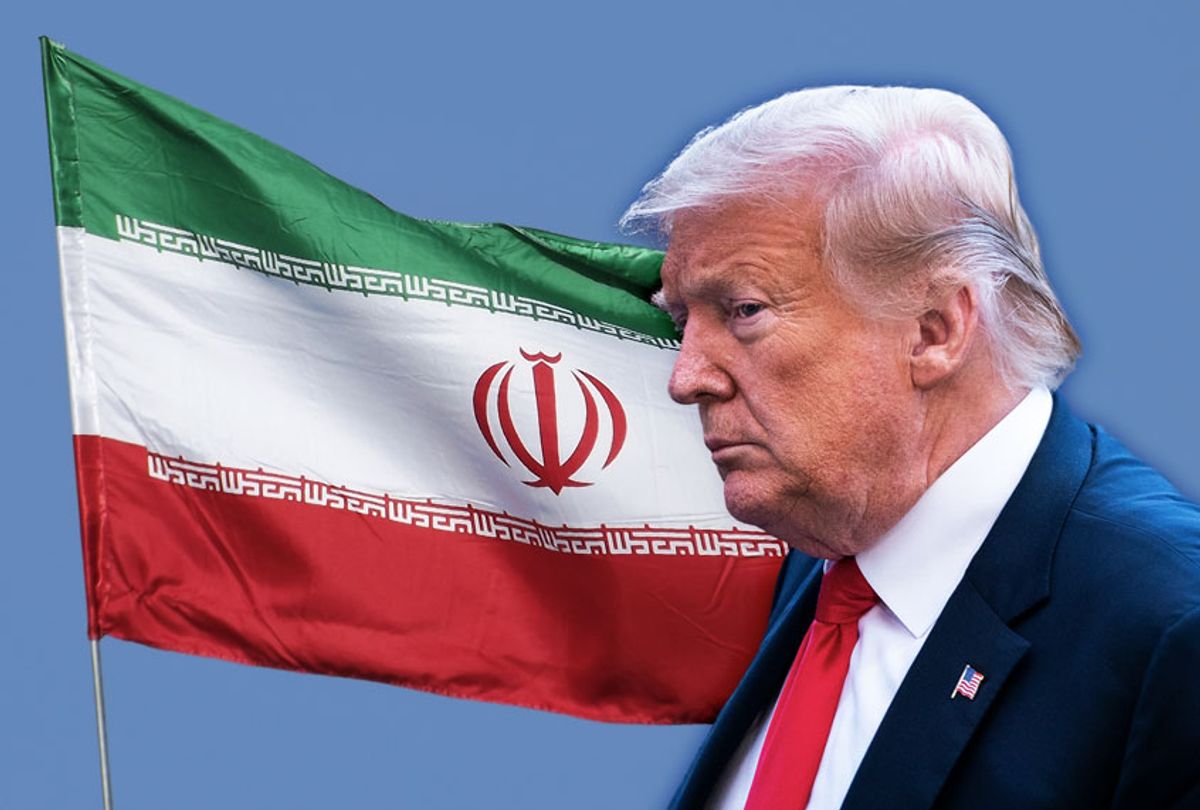 Iran issued a warrant Monday for the arrest of President Donald Trump and 35 other officials it alleges were involved in the U.S. drone strike that killed top Iranian general Qassem Soleimani earlier this year and nearly tipped the region into all-out war.

Iran called for Interpol to issue a "red warning" for the immediate arrest of the president, who was reported to have told associates he ordered the strike in part to distract from impeachment proceedings.

Interpol said in a press statement that it could not do so, citing constitutional restrictions on "any intervention or activities of a political, military, religious or racial character." The trans-border law enforcement agency said it would not consider such requests, though it did not say whether Iran had submitted an official notice.

Iranian prosecutor Ali al-Qasimehr said at a government meeting Monday that the warrant, which the international community views as largely symbolic, alleges "murder and terrorism charges."

"The 36 individuals who were involved in the assassination of Qasem Soleimani have been identified and they include political and military officials from the U.S. and other governments," al-Qasimehr said, without naming any aides or defense officials.

"At the top of the list is U.S. President Donald Trump, and his prosecution will be pursued even after the end of his term in office," he added.

"It's propaganda that we're used to," Hook said. "This has nothing to do with national security, international peace or promoting stability. So we see it for what it is: It's a propaganda stunt that no one takes seriously and makes the Iranians look foolish."

The assassination of Suleimani and a number of his aides on Jan. 3 near the Baghdad airport threatened to destabilize the uneasy peace between the two geopolitical rivals, which have engaged in periodic military brinksmanship ever since Trump withdrew from the landmark Obama-era multilateral nuclear deal and stepped up a "maximum pressure" sanctions campaign.

Iran called the assassination an extrajudicial killing, and the U.N. called for an investigation into whether the attack met the criteria.

The U.S. justified the strike under expansive readings of military authorization statutes, claiming at first that Soleimani was planning an "imminent attack" against Americans. However, the administration never offered proof of such an attack. It later changed its story, saying the strike was a deterrent.

"If there is evidence there, we have not seen it," Rep. Pramila Jayapal, the chair of the House Progressive Caucus, said. "[President Trump] had no evidence of an imminent attack, and we say that coming from a classified briefing, where again, there was no raw evidence presented that there was an imminent threat."

Sen. Mike Lee, R-Utah, said that the briefing he received "was probably the worst briefing I've seen at least on a military issue in the nine years I've served in the United States Senate."

Iran retaliated with strikes on two Iraqi military bases hosting U.S. troops and contractors. The bases were given a heads-up, and no one was killed. Nearly 100 troops injured in the attack were later diagnosed with severe brain injuries, which Trump pooh-poohed as "headaches."

The Iraqi parliament voted to expel all American troops, but the U.S. refused. However, the strike has had a chilling effect on relations. Two months later, the Pentagon announced a partial withdrawal from the country.

Iran and the U.S. have since refrained from further escalation, but Tehran said earlier this month that it had sentenced an Iranian citizen to death for allegedly informing U.S. intelligence about Soleimani's movements.

At Monday's joint Saudi-U.S. press conference, drones and missiles were on display, which the Saudis allege Iran has supplied to Houthi rebels in Yemen.

Envoys from both countries called on the U.N. to extend its arms ban on Iran, warning that if the embargo expired, Tehran would seize the opportunity to flood Yemen with weapons and further destabilize the region.