Henry, who was previously suspended over an affair, was terminated "based on investigative findings" 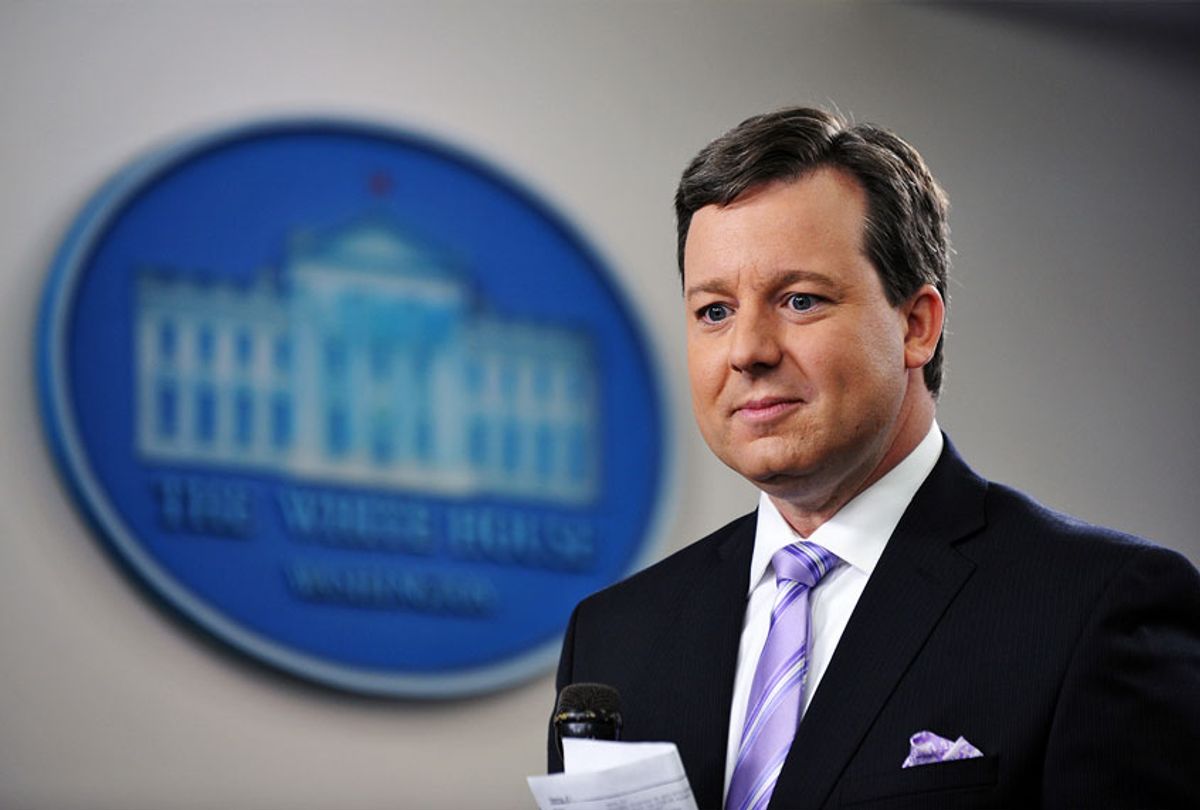 Fox News Media CEO Suzanne Scott and network president Jay Wallace told staff in a memo that they "received a complaint about Ed Henry from a former employee's attorney involving sexual misconduct in the workplace years ago" on June 25.

The memo said the company brought in an outside law firm to investigate the claims.

"Ed was suspended the same day and removed from his on-air responsibilities pending investigation," the memo said. "Based on investigative findings, Ed has been terminated."

The news was also reported on Fox by Henry's former co-anchor Sandra Smith.

Reporters noted that Henry's bio had already been scrubbed from the network's website.

Henry, who was previously the network's Washington correspondent, was viewed as a "rising star" at Fox and co-anchored "three hours of morning coverage" on the network, CNN's Brian Stelter noted.

Henry, who is married to NPR journalist Shirley Hung, was ousted as the network's White House corespondent after a four-month leave of absence following reports that he had an affair.

Then-network head Roger Ailes, who was later ousted amid his own sexual misconduct scandal, criticized Henry over the affair.

"This raises serious questions about Ed's lack of judgment, especially given his position as a journalist," Ailes said at the time.

Though Henry was part of the network's "news" side, he occasionally espoused similar talking points as the network's conservative opinion hosts. Last year, he mocked the "left" over climate change, because it was cold in some parts of the country.

"First, it was 'global warming.' Then, it was 'climate change.' Now, maybe, 'extreme weather?' The left keeps rolling out new terms but pushing the same agenda," he complained. "Any time there's bad weather, they're going to say, 'Ah-ha, we're right.'"

"How can you attack not just the president but 63 million people in America who voted for him?" Henry asked before seemingly equating Buttigieg's record on racial issues to Trump's blatant racism.

Fox News has dealt with a number of high-profile sexual misconduct allegations in recent years. In 2016, the network ousted Ailes, its longtime CEO, after an investigation into numerous sexual harassment complaints.

The network subsequently terminated longtime host Bill O'Reilly after paying tens of millions to settle sexual misconduct complaints against him.

The network also reportedly paid more than $2.5 million to settle allegations by former Fox News contributor Tamara Holder that Francisco Cortes, the vice president of Fox News Latino, tried to force her to perform oral sex on him.

Fox Nation host Britt McHenry last year sued the network over allegations that she was sexually harassed by co-host Tyrus.