New curators are bringing the Black American experience to the forefront, while existing museums shift their focus 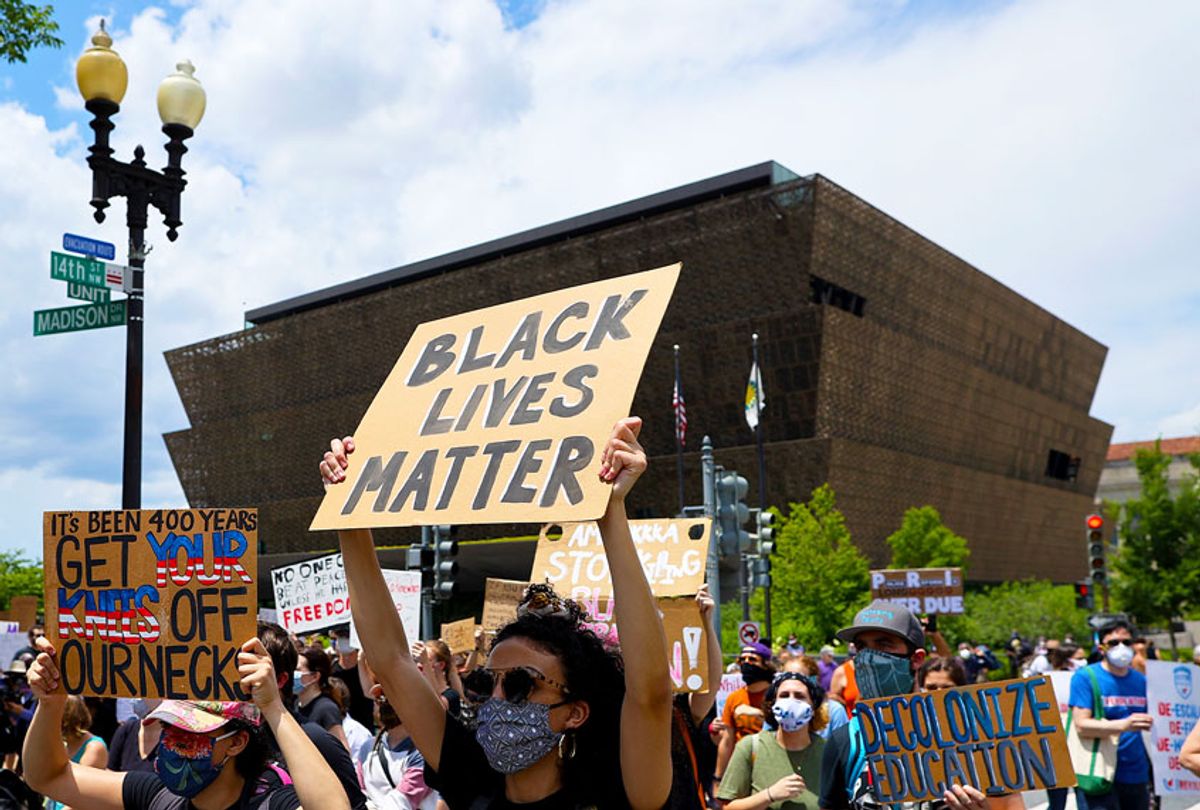 A couple weeks ago, Lamont Collins started taking artifacts to Jefferson Square Park, the congregation point for Louisville protesters, many of whom have informally started calling it "Breonna Taylor Park" and "Injustice Square." He lays them out neatly on a small patch of lawn and encourages protesters to briefly put down their signs and handle the objects, shackles used to restrain enslaved African Americans and a "punishment collar," a heavy spiked iron collar often placed on enslaved people if they attempted escape.

"You can't know what your forefathers went through, just the sheer weight of the chains, the sun coming down and hitting them, getting hot in your hand," he said. But he hopes that by connecting individuals with these objects, they'll have a better understanding of what Collins says is an undertold part of American history, which is one of the reasons he is launching Roots 101, a new African American history museum.

The museum is projected to open within the next calendar year, and has already been highlighted as a top museum by Architectural Digest. Collins already has plans for the space, a four-story Main Street property located on Louisville's "Museum Row," right next to the Frazier History Museum, the city's largest history museum.

"Each level will take you on an educational journey," Collins said. "The lower level will consist of a slave ship. Then when you come out of that you go into the Underground Railroad. Then each level after that is a different story: Reconstruction, African Americans throughout the South and the North, the Industrial Revolution, Black inventors, Black politicians, Black activists. All those things will be covered."

While the novel coronavirus pandemic threw off many of Collins' fundraising plans — he said the cancellation of the Kentucky Derby in May alone likely cost him thousands of dollars in potential donor meetings — he's adamant that now is the time to work towards opening.

"Because those shackles and chains are the same reason we're dealing with things in America today, right?" Collins said. "America was based on those slave chains."

As protests surrounding the deaths of George Floyd, Ahmaud Arbery and Breonna Taylor continue all across the country, discussions have sparked nationally regarding just how woefully incomplete the general understanding of American history is. Questions of whose stories are valorized and whose are ignored continue to be raised — and have led to the removal or numerous Confederate and racist monuments.

But simply removing inaccurate or racist depictions of American history isn't enough, which is why history and museum professionals all across the country, including Collins, are looking for ways to tell a more complete story that centers Black voices after they've been silenced for so long.

"There's an untold civil rights movement story that needs to be told here, not just for us, but for our children, grandchildren and all generations to come, regardless of nationality," said Council Member Fernando Cabrera, who sponsored the bill, in a press release.

Cabrera continued: "The risks and personal sacrifices made by African-American New Yorkers are a guidepost and inspiration for standing up for justice."

This is a project Cabrera has been working towards since mid-2019, when, as he told the New York Daily News, he was "shocked to learn we didn't have [a museum] that was dedicated to New Yorkers of African-American descent." The task force should complete and submit its recommendations by March 2021.

In Nashville, Tenn., the National Museum of African American Music is slated to open this year, with five permanent galleries, as well as rotating exhibits that will showcase the ways in which African American culture inspired, created or influenced more than multiple musical genres, from religious music to protest songs to hip-hop.

There are also some existing museums that are adapting their programming to reflect the need for a more comprehensive understanding of American history. The San Leandro History Museum in California is beginning research for a new exhibit called "Community Voices." The exhibit will explore the shifting demographics in San Leandro that began in the mid-20th century and continues today. The first phase of the project will focus on African American voices from the community and museum curators are currently seeking interviewees to talk about their experiences living in or moving to the city, as well as photographs and documents that could aid in creating a more complete portrait of Black life in San Leandro.

Atlanta's High Museum Of Art launched a social media exhibition highlighting "the artwork of ten artists which poignantly and passionately acknowledges the power of protest, history of oppression, resiliency and hope which defines the experience of being black in the United States of America." The History of Colorado Center, a Smithsonian-affiliated museum in Denver, has also launched a virtual exhibition called "African American History in Colorado," which details the crucial role Black frontier families played in the settlement of the state.

The National Museum of African American History and Culture in Washington, DC — the country's preeminent Black history museum which was opened in 2016 and is the newest museum of the Smithsonian Institution — has also expanded their online programming to meet an uptick in interest in their collections.

In Louisville, Collins hopes that by telling stories that showcase Black voices, Americans will have a better understanding of why protests continue today.

Collins points to how the Jewish community was involved in the historic 1954 Brown v. Board of Education case or the significant, though often overlooked, contributions Black members of the LGBTQ community made to the Civil Rights movement. These are some of the stories he hopes to highlight at Roots 101.

"And when you tell those stories correctly, you realize America has been its best when we all came together," he said.