As Confederate monuments come down, what should replace them?

From statues of Dolly Parton to a giant hair pick to nothing at all, opinions range about how best to use the space 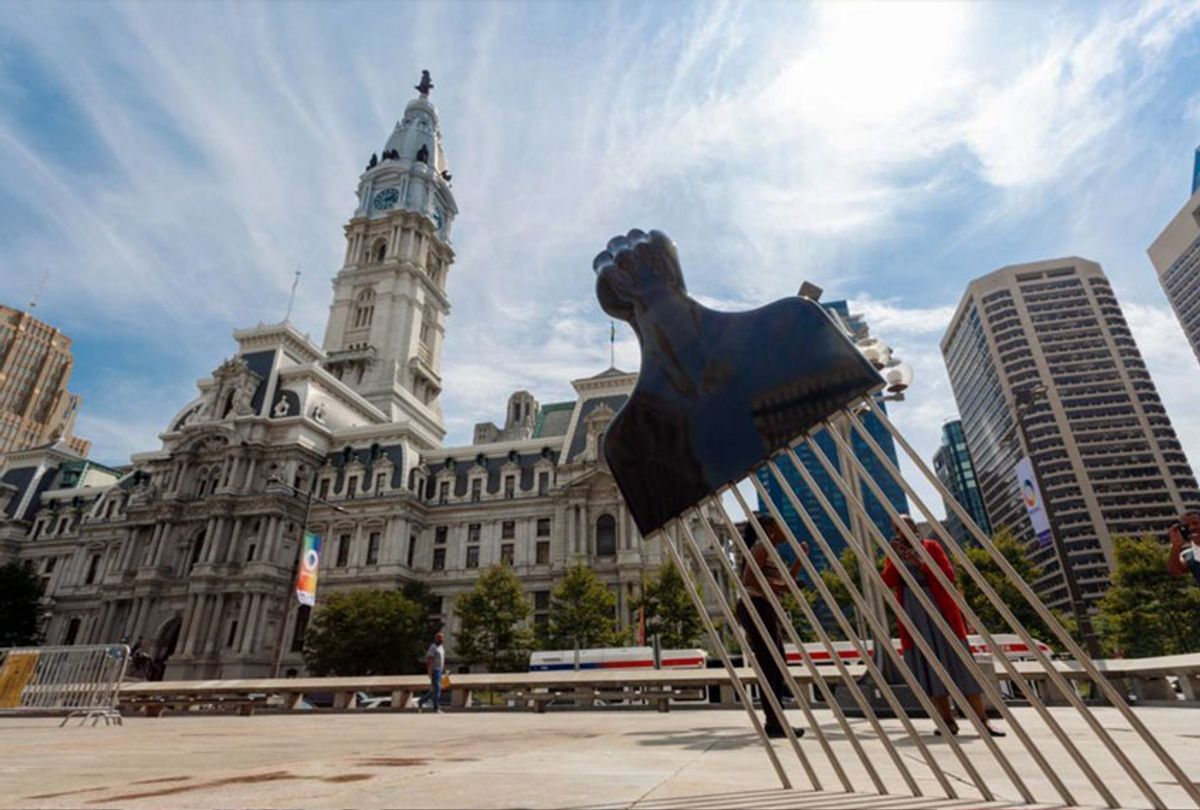 It's been a big month for racist statue removal: British protesters toppled a statue of slave trader Edward Colston into the Bristol Harbor; a memorial to the Confederate dead in Alexandria, Va. was suddenly taken down; in Kentucky, statues of both Robert E. Lee and John Breckinridge Castleman, a Confederate officer, were finally relocated after years of debate.

Now, cities all across the globe are dotted with empty pedestals. The absence of these statues is an oddly visible reminder of what had been and residents are suddenly confronted with the question of what — if anything — should take their places.

In Louisville, the empty pedestal that used to support the John Breckinridge Castleman statue is located about three miles from Jefferson Square Park, the gathering place for most of the protesters who have taken to the streets to demand justice for the murders of Breonna Taylor, who was killed by a Louisville Metro Police Department officer, and David McAtee, who was killed by a Kentucky National Guardsman.

A small crowd was gathered around it the weekend after the Castleman statue was removed, debating what they'd like to see there next.

Muhammad Ali was a popular, though unlikely, recommendation since Ali was a devout Muslim who felt that his faith would prohibit full-body statues being erected of him. As a result, his family would be unlikely to lend their approval to such an undertaking. One resident suggested a memorial of some kind to Taylor and McAtee, while another offered that perhaps a statue of Wendell Berry, the Kentucky writer and environmental activist, would be fitting, seeing as the platform is located at the entrance of one of the city's largest parks.

A young man on a bicycle circled the platform, and when I called after him, asking what he'd like to see, he paused briefly, standing in the stirrups and toggling his weight back and forth, before replying, "Maybe we just stop putting up statues of people for now?"

This is a recommendation that is gaining popularity in some public art circles (although a Change.org petition to  "replace all Confederate statues in Tennessee with Dolly Parton" has acquired nearly 14,000 signatures). There's merit to the idea of expanding our public understanding of memorial beyond figurative sculpture, because while some argue that monuments serve a reminder of our past, the history our current public art landscape represents is incomplete at best.

Of the estimated 5,193 public statues depicting historic figures on display on street corners and parks throughout the United States, only 394 of these monuments are of women. There are even fewer depicting Black historic figures. This answers the question of who gets to be memorialized in America — though some artists like Kehinde Wiley are pushing back on this established narrative with sculptures like "Rumors of War," which was unveiled in Times Square in 2019.

Groups like Philadelphia's Monument Lab are helping cities focus on what they want their monuments to say about their collective histories and futures. In the fall of 2017, Monument Lab started a weeks-long project where they set up 10 "labs" across Philadelphia where visitors were invited to answer the question: "What is an appropriate monument for Philadelphia today?"

At those 10 sites, there were prototype monuments to help get people thinking.

There was artist Hank Willis Thomas' 800-pound sculpture of a hair pick that, per Thomas, aimed "to highlight ideas related to community, strength, perseverance, comradeship, and resistance to oppression." It was installed on Thomas Paine Plaza, neighboring the controversial statue of former Philadelphia police commissioner-turned-mayor Frank Rizzo (which was removed this week due to his history of turning a blind eye to unchecked police brutality).

In Franklin Square, artist Kara Crombie built an outdoor music studio — in the shape of a gigantic boombox — that allowed visitors to create their own songs from a selection of musical samples from local artists. Crombie said that it was a dedication to Philadelphia's rich music scene.

These artworks aren't "monuments" in the way that many people may think of, but they are monumental.

"Those in power build monuments to reflect themselves and the people that they look up to," Monument Lab Director Paul Farber said in an interview at the Pulitzer Arts Foundation. "The story of monuments is always a story about mapping power in a city. And it has the aura of permanence."

Monument Lab subverts the standard. Their projects are both temporary and are built on the recommendations of members of the public, many of whom aren't typically in the room when decisions about what public artwork goes into their neighborhoods. It's a model that could be implemented by cities that are now debating what to do with the space left behind by the Confederate monuments.

In the meantime, however, some communities are finding power in absence. At Duke University, president Vincent E. Price removed a statue of Robert E. Lee from the campus' chapel. Nothing was put in its place.

As the Washington Post reported, the dean of Duke University Chapel, the Rev. Luke A. Powery said filling that hole with another figure could mask what's missing, giving the impression that problems had been resolved.

"That open space is also an opening," he said, "toward the possibility of healing and hope in the future."