"We could have done more": Mueller prosecutor to publish insider account before Election Day 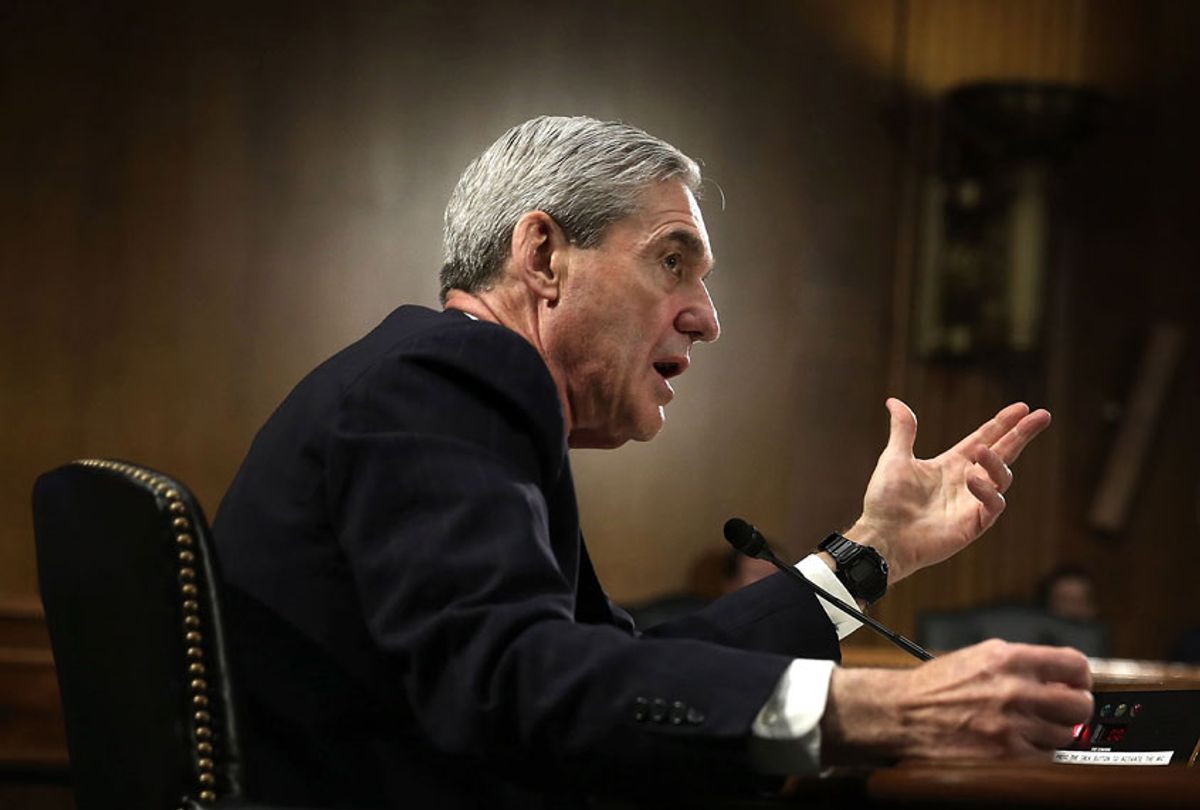 Sen. Lindsey Graham, the chairman of the Republican-led Senate Judiciary Committee, will grant a request by Democrats on the panel to invite former special counsel Robert Mueller to testify about his investigation into the Trump campaign.

"Stone was prosecuted and convicted because he committed federal crimes," Mueller wrote, defending his work after a year of silence. "He remains a convicted felon — and rightly so."

Shortly afterwards, a top Mueller prosecutor announced that he was writing a memoir about the investigation and its failures to "do more." The book, titled "Where Law Ends," will be published one month before the election.

"Apparently Mr. Mueller is willing - and also capable - of defending the Mueller investigation through an oped in the Washington Post," Graham wrote.

Though Mueller testified before the House Judiciary and Intelligence Committees in back-to-back hearings last July, Graham and Senate Republicans rejected Democratic demands to call the former FBI director, saying it was time to move on from the Russia investigation.

"I made sure that Mueller was able to do his job without interference," Graham told CNN in April 2019. "The Mueller report is over for me. Done."

But last month Graham signaled a shift when he told his Democratic counterpart on the committee, Sen. Dianne Feinstein of California, that it is "not an unreasonable request" to call someone from Mueller's team, including the former special counsel himself.

"I'm not adverse to having somebody from the Mueller team come and tell the committee what they did and how they did it," Graham said. "As a matter of fact, I think that's a really good idea."

"As to Mr. Mueller: If you want to call him, I will," Graham later added. "I would just ask you to think twice about that."

Over the next two years, Mueller's team secured eight guilty pleas or convictions, including four Trump campaign advisers. The investigation served its final indictment to Stone, in January 2019.

Mueller also indicted more than two dozen Russian entities and individuals, including senior intelligence officers, and documented at least ten instances of possible obstruction of justice by the president.

While Graham's about-face drew speculation from some that "the rats are leaving the sinking ship," the chair of the House Intelligence Committee Chairman, Rep. Adam Schiff, D-Calif., cautioned otherwise.

"I suspect all Lindsey Graham wants to do is continue his counter-factual," Schiff told CNN. "That is that Donald Trump was somehow the victim, when Donald Trump was the one inviting Russians to help him get elected in the first place."

Graham, who currently finds himself in an unexpectedly tight re-election race, acceded to Republican demands in May to call former Obama officials before the committee to testify about the origins of the Russia probe. He has yet to do so.

Stone's commutation, while not entirely unexpected, was a stunning watershed moment. It appears to have rattled even the famously tight-lipped Mueller team, which refused to comment on the case except on rare occasions.

Weissman told the Associated Press that the book, titled "Where Law Ends," will examine the "hard truth" about the investigation: "mistakes" were made and "more" could have been done.

"I am deeply proud of the work we did and of the unprecedented number of people we indicted and convicted — and in record speed. But the hard truth is that we made mistakes," Weissman said. "We could have done more. 'Where Law Ends' documents the choices we made, good and bad, for all to see and judge and learn from

"This is the story of our investigation into how our democracy was attacked by Russia and how those who condoned and ignored that assault undermined our ability to uncover the truth," he continued. "My obligation as a prosecutor was to follow the facts where they led, using all available tools and undeterred by the onslaught of the president's unique powers to undermine our work."

Mueller submitted his final report last March, which concludes among other things that his investigation did not establish proof of a criminal conspiracy between the Trump campaign and Russian government officials. The report also detailed ten instances in which the president committed prima facie obstruction of justice, but declined to reach a conclusion either way.

"At the same time, if we had confidence after a thorough investigation of the facts that the President clearly did not commit obstruction of justice, we would so state," the report reads in its concluding paragraph. "Based on the facts and the applicable legal standards, we are unable to reach that judgment. Accordingly, while this report does not conclude that the President committed a crime, it also does not exonerate him."