For Meghan McCain, "cancel culture" is about her: "I think the greatest miracle is still me somehow being here" 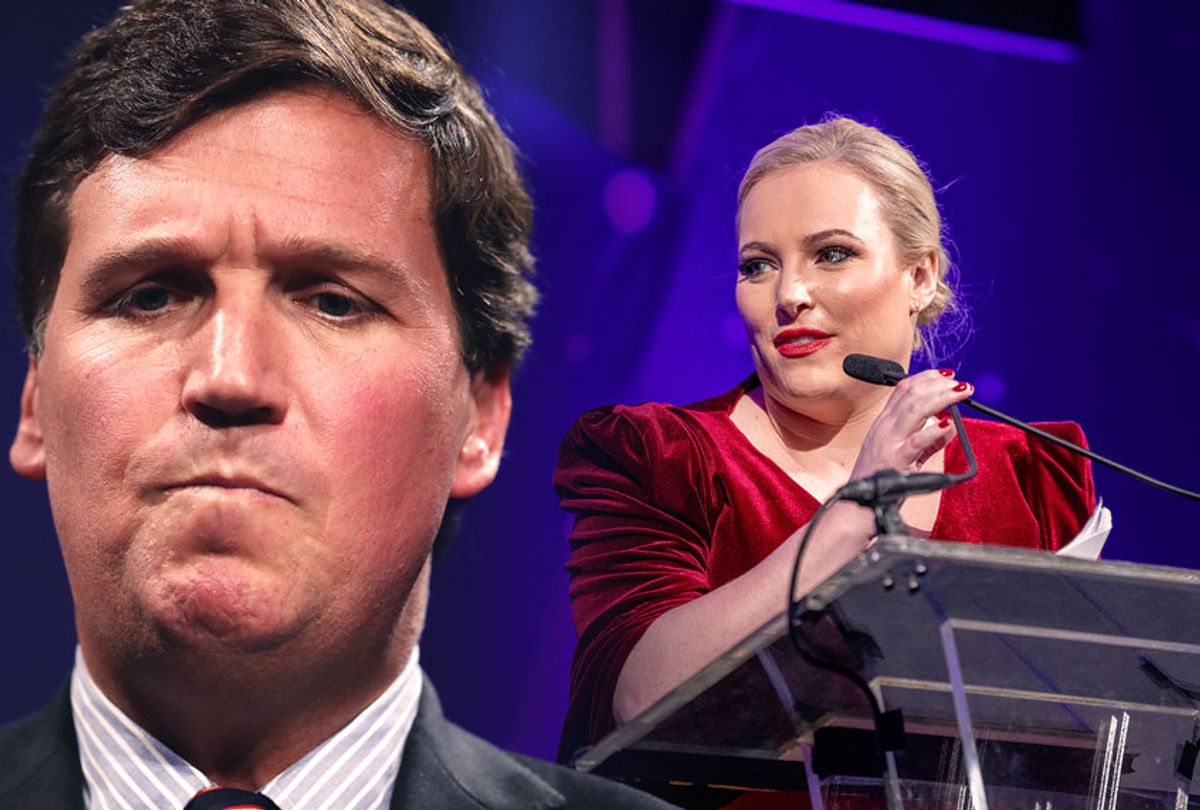 Meghan McCain, who recently blamed Barack Obama for Donald Trump's presidency, once again prompted a pile-on when she accused her fellow hosts on "The View" of engaging in "cancel culture."

McCain has made clear on previous occasions her disdain for what she sees as an all-pervading culture of politically correct "cancellation," and has more than once placed herself in the center of it. This time her line of argument led to a defense of Tucker Carlson, days after Fox News fired his head writer, Blake Neff, when it was discovered he had been posting racist and misogynist comments on the internet for years.

On the previous evening, Carlson had offered up a limp condemnation of Neff before turning to blast the "ghouls" who were "beating their chests in triumph" because the writer was fired for "horrific racist, misogynist and homophobic behavior," as his own network described it in its statement.

McCain's co-hosts, two of whom are black, passed the topic around, pointing out that Neff's worldview would seem to overlap significantly with that of Carlson, who has expressed the view that "immigration is making the country dirtier," called white supremacy a "hoax" and claimed that Black Lives Matter isn't about black lives.

"He knows he is just as guilty as the writer," said Joy Behar, guessing at the real motive behind Carlson's uncannily timed "vacation."

"What was most surprising to me was that he tried to change the narrative," said Sunny Hostin. "What about accountability? What about responsibility? It's his own doing."

Whoopi Goldberg then turned to McCain. "I assume you're not going to want to speak on this because you used to work for Fox, Meghan," she asked.

"No I'm happy to speak on this, I was actually waiting for you to come to me," McCain snipped, before lighting into "cancel culture."

"I think about cancel culture a lot," she said. "And I think every person who's in mainstream media that has a platform, probably at one time or another thinks about it."

"Every woman on this show, at one point or another, cancel culture has tried to remove one of us from this show, for one reason or another," she said, adding, "And by some miracle we're all still here, and I think the greatest miracle is still me somehow being here."

For evidence of this last claim, McCain cited a New York Times op-ed entitled, "'The View' has a Meghan McCain problem."

That article reads in part: "For some viewers, Ms. McCain is the privileged product of conservative nepotism, capitalism and the American military-industrial complex. That coalescence naturally renders her a villain to progressives, who envision her as the cathartic personification of a punching bag on social media. Conversely, each pile-on reinforces her self-written narrative of the long-suffering victim of censorship. This dynamic is a high-wire act that Ms. McCain takes pains to use to her advantage as often as possible."

McCain interpreted this article as saying "it was basically dangerous to have a conservative woman with this kind of platform on this show."

"So I am against cancel culture," she concluded, before pivoting to Carlson.

"I think one of the reasons why I'm always a proponent of Tucker Carlson is because I believe in diversity of opinion. I believe in the reason why Fox News exists, because that kind of opinion doesn't exist on any other network," McCain said.

"I obviously don't agree with what that writer said, and he should have been fired," she quickly added, but then defended Carlson himself at length, likening his mid-2000s sparring matches with Paul Begala on CNN's "Crossfire" to debates between their intellectual forebears William F. Buckley and Gore Vidal.

Ironically, the Times op-ed that McCain cited compares her performances on "The View" to "Crossfire," specifically Jon Stewart's famous appearance on the show in which he criticized Begala and Carlson to their faces.

"To do a debate would be great," Stewart said on that occasion. "But that's like saying pro wrestling is a show about athletic competition."

It's likely that McCain had the New York Times at the front of her mind. That morning, staff writer editor Bari Weiss, in a letter posted to her own website, informed Times publisher A.G. Sulzberger that she was resigning from the paper.

Weiss had caught flak from critics, including within her own institution, for what they perceived as routine, baseless complaints without much apparent purpose beyond trying to maintain an outrageous, contrarian brand.

McCain later tweeted about it, and Weiss retweeted that tweet.

Mean tweets and "fear of the digital thunderdome" figured prominently in Weiss' letter, which also cited a litany of alleged incidents of bullying in Slack work channels and a work culture that she claimed smothered heterodox thought.

"If a person's ideology is in keeping with the new orthodoxy, they and their work remain unscrutinized. Everyone else lives in fear of the digital thunderdome. Online venom is excused so long as it is directed at the proper targets," she wrote.

McCain seemed to have tapped into the same vein of grievance that day, plugging her latest Twitter fight with Behar and commenting, "The View is the last place this happens in mainstream media."

"It just makes me sad we're at a moment in time where there's just not a place for people to come together and have civil, and sometimes a little uncivil, debates," she added.

"Tell me what you don't like about my politics, leave my color out of it!" she fired back. Referring to Carlson, she said, "There's plenty to show he's one that has spoken the words almost directly as this boy has written them. I have a little problem with that."

"Do you think Tucker should be canceled as well?" McCain asked.

"It's not about cancellation, it's about accountability!" Hostin said.

"It's not about what his writer has done, Meghan, it's about what he has done. I certainly think he should be held accountable for what he has said. He's called white supremacy a hoax, he has said that Black Lives Matter is not about black lives, he's talking about 'dirty immigrants.' He's said all of these things!"

In response, McCain pointed out that Joy Ann Reid, a Black liberal who just landed an evening show on MSNBC, has still not been "held accountable" for bigoted statements she made in the past.

Goldberg clapped her hands. "We're going to break," she said.