Sharks are now "functionally extinct" from reefs. That's bad news for our oceans 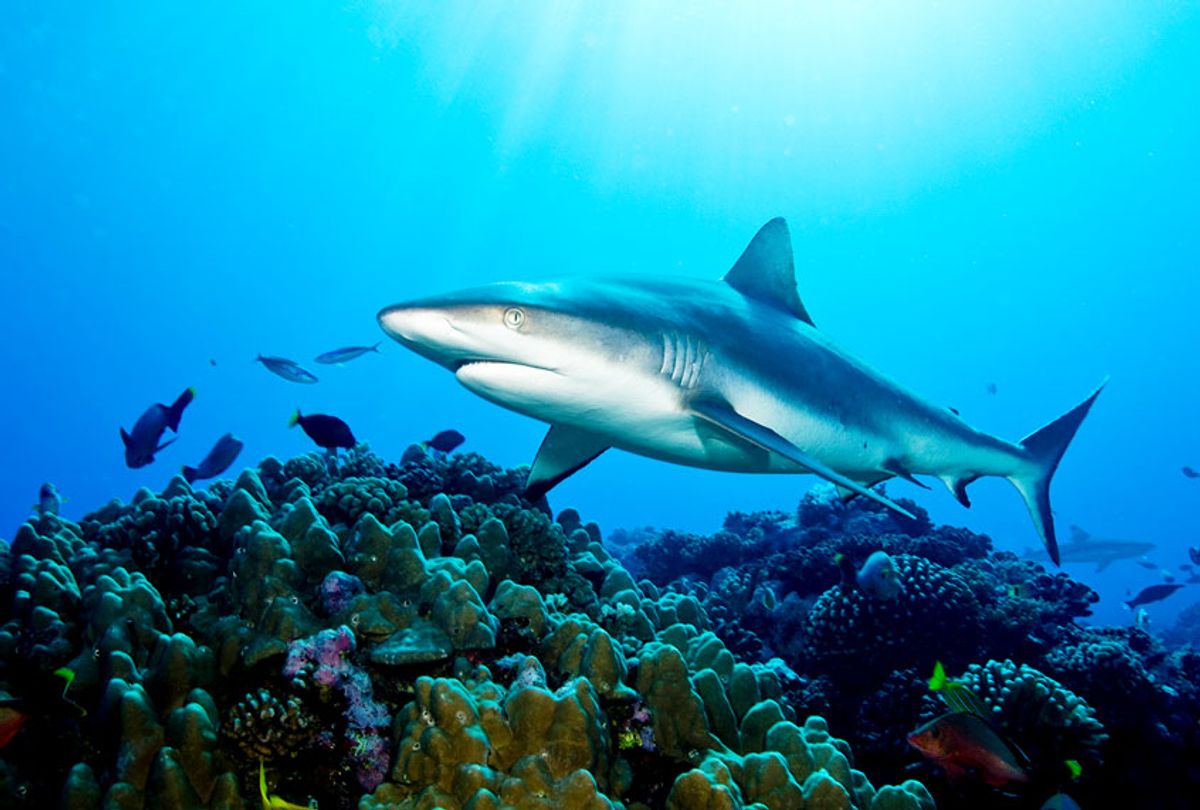 Sharks are renowned as some of the most robust creatures on Earth. Not only have they existed in a similar form for over 300 million years and survived multiple planet-wide extinction events, but sharks have evolved to be able to repair their own DNA — making them extremely resistant to cancers.

Yet humankind may finally fell these ancient predators that have become a symbol of ferocity in our culture. As a result of human intervention, the iconic fish is "functionally extinct" in roughly one out of five of the reefs analyzed throughout the world in a recent study.

"We observed no sharks on almost 20% of the surveyed reefs," write the authors, who conducted the study as part of the Global FinPrint organization and published their article in Nature. "Reef sharks were almost completely absent from reefs in several nations, and shark depletion was strongly related to socio-economic conditions such as the size and proximity of the nearest market, poor governance and the density of the human population."

The authors establish that the problem of shark depletion is directly linked to overfishing — both accidental and, for those attempting to make money off of shark meat, intentional — and proposed a number of measures that could remedy the situation. These include establishing catch limits, creating shark sanctuaries, and discouraging the use of gillnets and longlines. The authors found that in areas where these policies had been implemented, there was a significantly higher percentage of reef sharks.

"We're up there along with such nations as the Federated States of Micronesia, French Polynesia and the US. These nations reflect key attributes that were found to be associated with higher populations of sharks: being generally well-governed, and either banning all shark fishing or having strong, science-based management limiting how many sharks can be caught," Simpfendorfer explained.

Jody Allen, co-founder and chair of the Paul G. Allen Family Foundation which supported the Global FinPrint project, touted the study to the newspaper by saying, "The data collected from the first-ever worldwide survey of sharks on coral reefs can guide meaningful, long-term conservation plans for protecting the reef sharks that remain."

Another researcher, Damian Chapman, told CBS News that this is a "crisis" involving "functional extinction" for the sharks that would normally live near the reefs which are currently shark-less. He argued that this is not just bad news for sharks. His co-researcher Mike Heithaus pointed out that "you might think, 'hey, let's get rid of predators, they eat fish so we can have more fish,' but it actually doesn't work that way." He argued that scientists are seeing "that you need to have healthy shark populations, you need to have healthy reefs, and that's going to ultimately help people, too."

"In many ways sharks can be regarded as 'sentinel species' that reflect ecosystem health as much as anything — and we have long known that there has been intense overfishing and habitat destruction at many locations around the world," Naylor told Salon by email. "So the absence of sharks on the reefs identified is further corroborating evidence of an alarming trend that has been ongoing for the past 50 years."

When asked about the possible impact on human beings, Naylor said, "in the short term it will have consequences for the availability of protein (derived from fish) around the world. . .  This will have severe effects on countries that rely on marine fishes as a food resource. In the longer term it will likely result in an adjustment of the steady state of ocean system food web dynamics which will affect the proportions of predators to prey which can impact the growth of algae, dinoflagellates and our climate."

Overfishing is not the only threat facing sharks. The 1975 creature feature "Jaws," which depicted a great white shark as it terrorized a small New England community, stoked anti-shark sentiments in ways that have influenced public policy. In Western Australia, the government implemented a catch and kill policy for sharks that swim within three nautical miles of the shore to thwart supposedly "rogue sharks," a policy that seemed to many critics to be inspired by misconceptions about sharks popularized in the Steven Spielberg classic. In fact, most shark attacks on humans (which are rare) are either defensive or accidental, and there is no evidence that sharks will commonly return to shores in order to attack people.

"My position is that there's no government decision that's going to stop a shark bite," Christopher Neff, a lecturer in public policy at the University of Sydney, told Salon in 2014. "I always say, it's the decisions you make, not the decisions governments make, that's going to determine your level of risk. Secondly, any policy needs to be predicated on the assumption that you share the ocean with sharks. In the U.S., we have 'swim at your own risk.' The ocean is the wild; it's not a pool."