More than 97,000 US children tested positive for coronavirus in the last two weeks of July

While Trump pushes for kids to physically return to school, a new report reveals how dangerous that might be 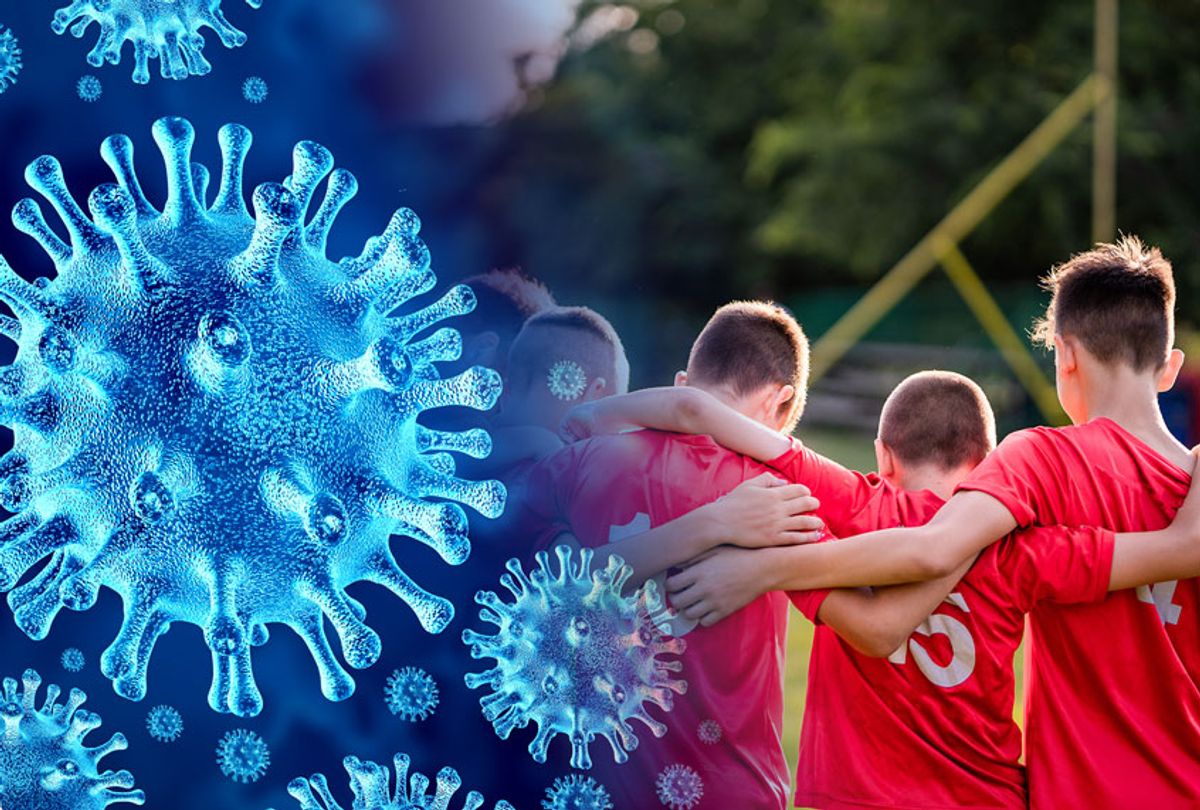 Coronavirus | Kids at camp on a sports team (Getty Images/Salon)
--

As President Donald Trump continues to push for American children to physically return to school this fall, a new study reveals that more than 97,000 children in this country tested positive for the coronavirus during the final two weeks of July 2020.

The report, which was released by the American Academy of Pediatrics and the Children's Hospital Association, found that child coronavirus cases in the states and cities covered by the report increased by 40 percent during the two weeks they studied. The report also claims that 86 children have died of the disease since May. Because different states had different criteria as to what counts as a "child," the age cap for being considered a juvenile ranged from 14 in some states to 24 in one of them (Alabama).

One table in the report is particularly revealing. When comparing cumulative COVID-19 cases per 100,000 children as of July 30, it found that four of the five states with the highest rates are controlled by Republican governors: Arizona, South Carolina, Tennessee, Louisiana and Mississippi. (Of the five, only Louisiana has a Democratic governor.) In Arizona, Gov. Doug Ducey's ongoing efforts to downplay the coronavirus and focus on revitalizing the state's economy has caused considerable controversy.

"We need rapid testing available to everyone, with testing sites equally distributed in all neighborhoods, regardless of socioeconomic status," Dr. Elizabeth Jacobs, a professor of epidemiology and biostatistics at the University of Arizona, told Salon by email last month. "We need tests that are sensitive and specific, with rapid turnaround. We need supports in place for those who may be most vulnerable to COVID-19, such as our Native American Nations and among our Latinx population." Jacobs also caused for a more cautious approach to reopening schools and argued that legislation needs to protect the economically vulnerable from evictions and poverty.

Florida, which ranked seventh on the list of cumulative COVID-19 cases per 100,000 children, has at least 12 counties that plan on reopening schools this week for in-person learning even though nine of them had test positivity rates of over five percent as of Saturday. The director of the Centers for Disease Control and Prevention (CDC) argued last month that education officials should consider keeping their children out of schools in counties where the test positivity rate exceeded that threshold.

The new report undercuts Trump's claim that children are "almost immune" to COVID-19, an assertion that does not comport with the known science about the pandemic.

"The coronavirus affects both old and young," Dr. Russell Medford, chairman of the Center for Global Health Innovation and Global Health Crisis Coordination Center told Salon previously. "What's clear is, in terms of the impact of the virus on, it causes severe symptoms and death in the young. It's much less severe in the young, but the young are infected significantly and in large numbers. We are seeing our hospital beds and ICU beds being filled up with young patients now in Florida and Texas, that are in the hospital and undergoing intensive treatment because of their infection by coronavirus."

Indeed, young people are not only perfectly capable of getting infected with the coronavirus, but can suffer severe and lasting side effects. Last month the CDC found that almost one out of five adults between the ages of 18 and 34 did not return to their previous state of health within two to three weeks after testing positive for COVID-19. Anecdotally, young adults who contract the disease have reported everything from cognitive issues to ongoing respiratory difficulty after their initial diagnoses.