Netflix's Chef Gabriele Bertaccini: "Food is an equalizer. It brings people together."

From creating "Say I Do" to his support for Black Lives Matter, Chef Gabe shares his philosophies on food and life 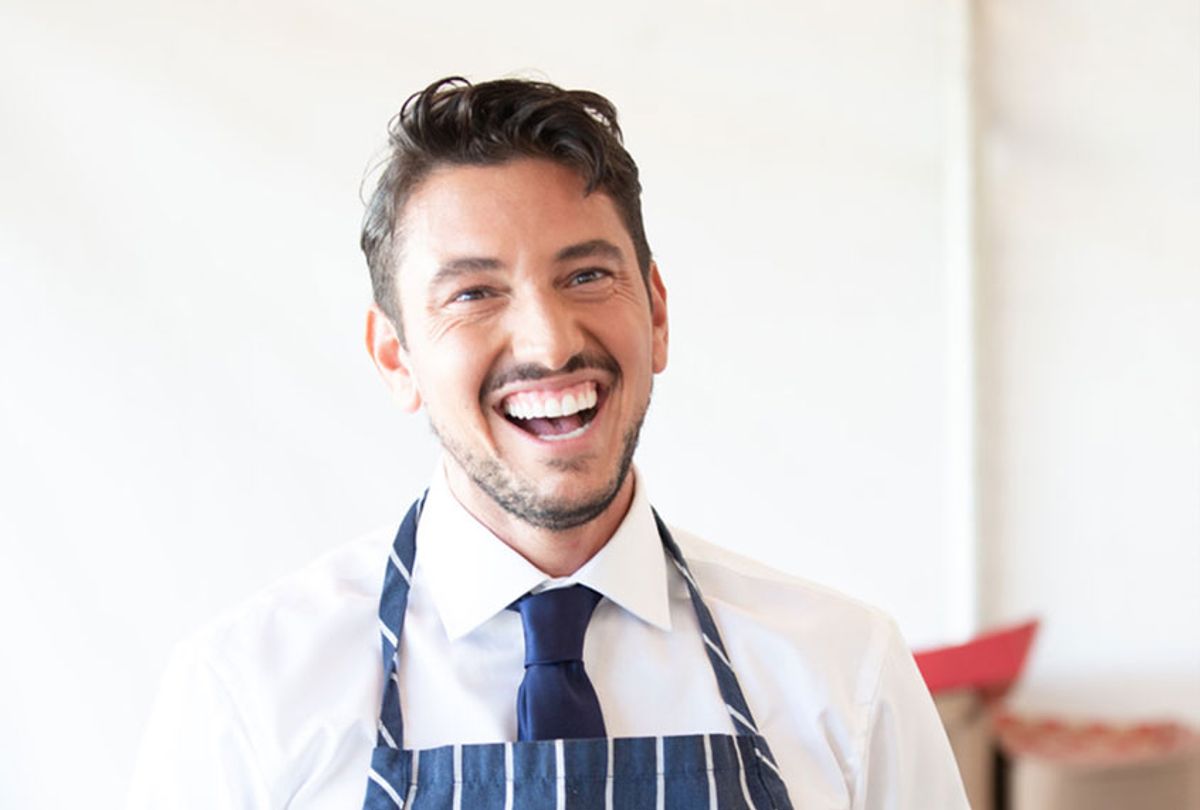 This is part one of a two-part interview, which has been lightly edited for clarity and length.

Chef Gabriele Bertaccini has become a household name following the success of his smash-hit Netflix show "Say I Do," in which he crafts real-life weddings with Jeremiah Brent and Thai Nguyen in less than a week. In his case, curating the meal for a major life event is no short of a major undertaking.

Bertaccini's job is to create a meal that is an authentic expression of the bride and the groom. With 25 years of experience under his belt, he is a seasoned professional. But in addition to his skills in the kitchen, this chef is armed with two equally important tools that guide him through the process: good communication and vulnerability. In other words, he gets to know the couple on a deeper level.

"I get to know the bride and the groom in the most intimate way. So sharing stories, and understanding where they come from and who they are," Bertaccini told Salon Food in a recent interview. "And we do that throughout the show quite a lot. We get to sit down and really lean into these couples' stories, which then I take with me. I go home at night, or I go to the office, or I go to the kitchen and I say, 'OK. How do we translate these stories into food so that it pays respect to the couple's past but also allows for the bride and the groom to create their own new traditions?'"

From his role on "Say I Do," to his brave choice to publicly disclose his HIV status, to his support for the Black Lives Matter movement, Bertaccini was as honest and open in his conversation with Salon as he is with his approach to food. Read our Q&A below, and click here afterward to make his grandmother's recipe for eggplant parmigiana for dinner.

Tell us how it feels to have the show out in the world — and for it to be greeted with so much success.

Well, I'm not successful. The show is successful, which is great. It feels good. It's overwhelming, of course. But "Say I Do" was a labor of love, and it feels so real. And, at the same time, I feel so thankful that we are able to share our little journey with a broader audience and show everyone how many forms and how many shapes love comes in. There is no right formula — it comes in many different ways. It takes on different meanings and a different shape as we go through life. So it's beautiful. It's absolutely beautiful.

Juggling several measuring cups and spoons while you're cooking one of Chef Gabe's recipes may get annoying. At Salon Food, we bake using the Kitchen Cube, which combines more than 19 measurements into a single device. This all-in-one kitchen tool decreases clutter and increases organization at the same time.

How did the project came about? And how did you personally get involved in it?

Well, like anything good in life, you're always working a lot. It was a very specific time in my life. I was trying to figure out a bigger purpose for myself in this world, and then the show came in. As soon as the scouts approached me in regards to this project, it felt very right. We felt that the project was meant for me, and it was also a project that is not about us. It's not about Jeremiah Thai and I. It's really about the couples, and the stories and what they go through.

It felt right knowing that I could take what I know best in my life, or life in general, which is cooking, and food and bringing people together at the dinner table, and curate these amazing dining experiences and give back to these amazing couples that not only deserve that but also deserve for their story to be heard. So, yes, the opportunity came very randomly, and it was extremely humbling to be selected for this.

Speaking of storytelling, I know you've gotten a lot of positive feedback for a story you told in Season One. In the very first episode, in a conversation about health issues, you opened up about your HIV status. That was a powerful story for so many people to witness. How are you able to be so open? It feels you really bring that authenticity not just to your food but also to your storytelling.

When you surround yourself with people who are vulnerable — and they are not afraid of sharing their story — the best thing you can do is really show them vulnerability back. And that's kind of what happened that day when we were filming. It was a moment that felt very natural, and it was a moment that where Marcus completely was opening up about his own struggles, and his fears and what they now mean to him. It was almost like a call for me to answer him back in the same exact language that he was speaking, which was a very vulnerable language.

He really made me understand that we all have to try to create a more safe environment for the people around us so that we can all share our story and we can embrace each other in a more authentic and loving way. That starts with our own little circle of friends, and family and loved ones. The questions that I asked myself are: Do I create a safe space for my friends, my family, my partner to actually be vulnerable? The answer wasn't always positive when I thought about myself. I was like, "Oh, no. Sometimes, I actually don't."

Another topic you've been open about on social media is Black Lives Matter. The movement has opened up a conversation about inclusivity in food and the food industry as a whole. Do you view food as political?

I think food is probably one of the greatest equalizers in the world. You know, we all experience food in a very primal way. And, yes, the experience of food is also connected to our childhood and what we have access to and what we grew up with, or maybe our socioeconomic status or the geographical region we came from. But the feelings and emotions that food creates? Those are universal. It doesn't matter if you are in Argentina, or in the U.S., or in Italy or in a small little town in Mexico.

The feelings, and what food represents in our life, it is a very universal thing. Food is an equalizer. It brings people together. It connects us — no pun intended — from the belly. We can just connect from a very deep part of ourselves, and it also creates a moment that we share with the people that we most love. I think, in those terms, food can be used as a means to bring people together — as a vessel to bring to a table people from all walks of life, joining and sharing the most authentic parts of themselves — so that we can hear each other's story, and we can embrace it and feel more connected to the world.

What is it like to make a meal where you're bringing people together for what many say is "the most important day" of a couple's lives on their wedding day? How are you able to deliver that meal under so much pressure?

Well, I have been training for 25 years now for that. So, I guess by now it becomes very — I'm kind of used to it. I'm used to managing my emotions. But it is, like you say, it is a big responsibility. And it's a responsibility that I never, ever take for granted. For me, the pressure comes from expressing or crafting. I would say crafting a menu and crafting a food and beverage experience, crafting a beautiful dinner table that is the most authentic expression of the bride and the groom.

That comes exclusively if I get to know the bride and the groom in the most intimate way. So sharing stories, and understanding where they come from and who they are. And we do that throughout the show quite a lot. We get to sit down and really lean into these couples' stories, which then I take with me. I go home at night, or I go to the office, or I go to the kitchen and I say, "OK. How do we translate these stories into food so that it pays respect to the couple's past but also allows for the bride and the groom to create their own new traditions?"