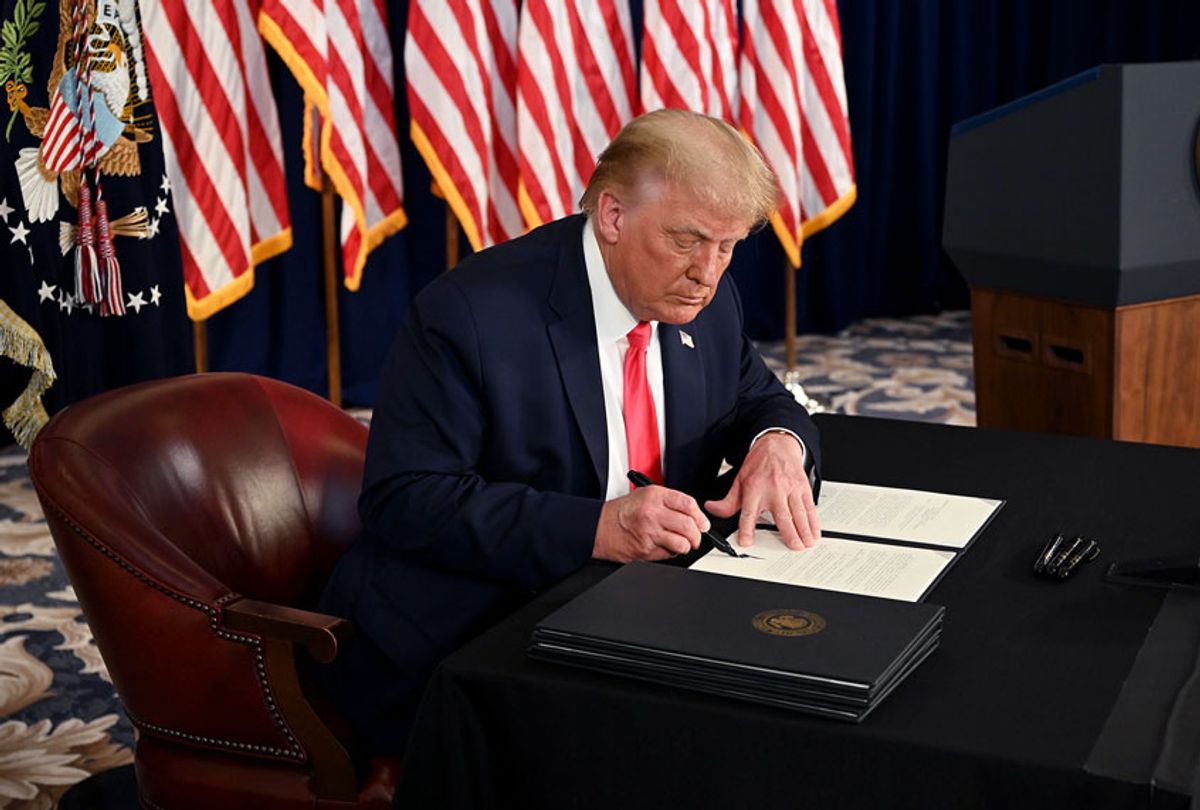 Though the Federal Emergency Management Agency (FEMA) has approved funding which will allow seven states to provide a $300 weekly supplement to existing unemployment benefits — a policy implemented by President Donald Trump through an executive order earlier this month — a recent memo from the same agency implies that states are only guaranteed three weeks of federal funding for the important economy-rescuing subsidy.

"FEMA will use data from the Department of Labor, as well as state data received on applications to project the overall funding distributions," FEMA explained in a recent memo. "Approved grant applicants will receive an initial obligation of three weeks of needed funding. Additional disbursements will be made on a weekly basis in order to ensure that funding remains available for the states who apply for the grant assistance."

The CARES Act, which provided $600 per week of federal unemployment benefits, expired in July, and Trump's executive order was intended as a partial extension of the relief provided in that bill. Trump's new executive order was reported as creating a $400-a-week supplement, but the federal government is responsible for only $300 of that supplemental payment. The remaining $100 per week is covered by states themselves. FEMA is overseeing the disbursement of the supplemental funds.

This means that states which receive federal funding for the new unemployment subsidy are only guaranteed that aid for three weeks. After that, the federal government will decide each week whether to continue providing assistance to states that have already received benefits.

During an appearance on CNBC, Treasury Secretary Steven Mnuchin stated, "I would expect that most of the states qualify… so I hope we see the majority of the states" ultimately receive assistance. Last month Mnuchin said that Trump's coronavirus relief plan would be predicated on the assumption that it should provide "approximately 70 percent wage replacement."

There are longstanding concerns that this premise, which seems to have played a role in deciding how much Trump would provide in weekly unemployment benefits through his executive orders earlier this month, underestimates how badly millions of Americans are suffering as a result of the pandemic-induced recession.

Dr. Betsey Stevenson, an economist at the University of Michigan, told Salon by email earlier this month that the government's spending and stimulus bills are "a far cry from what is needed to stave off hardship and poverty. . . . We currently have widespread unemployment, it is the reason why additional stimulus is so necessary."

Dr. Austan Goolsbee, who served on President Barack Obama's Council of Economic Advisers, told Salon by email in July that "cutting payments to individuals at a moment when the virus is resurgent and the unemployment rate is in double digits will threaten the recovery."

Economists have also anticipated that the unemployment benefits may not last long enough. As American University macroeconomist Dr. Gabriel Mathy told Salon earlier this month, "the $400 unemployment extension is less than the $600 before [from the CARES Act], and it requires a 25% ($100) match from states so it may not even happen given how tight state budgets are."