Who needs TV and movies? Audio dramas are booming when our minds need them most 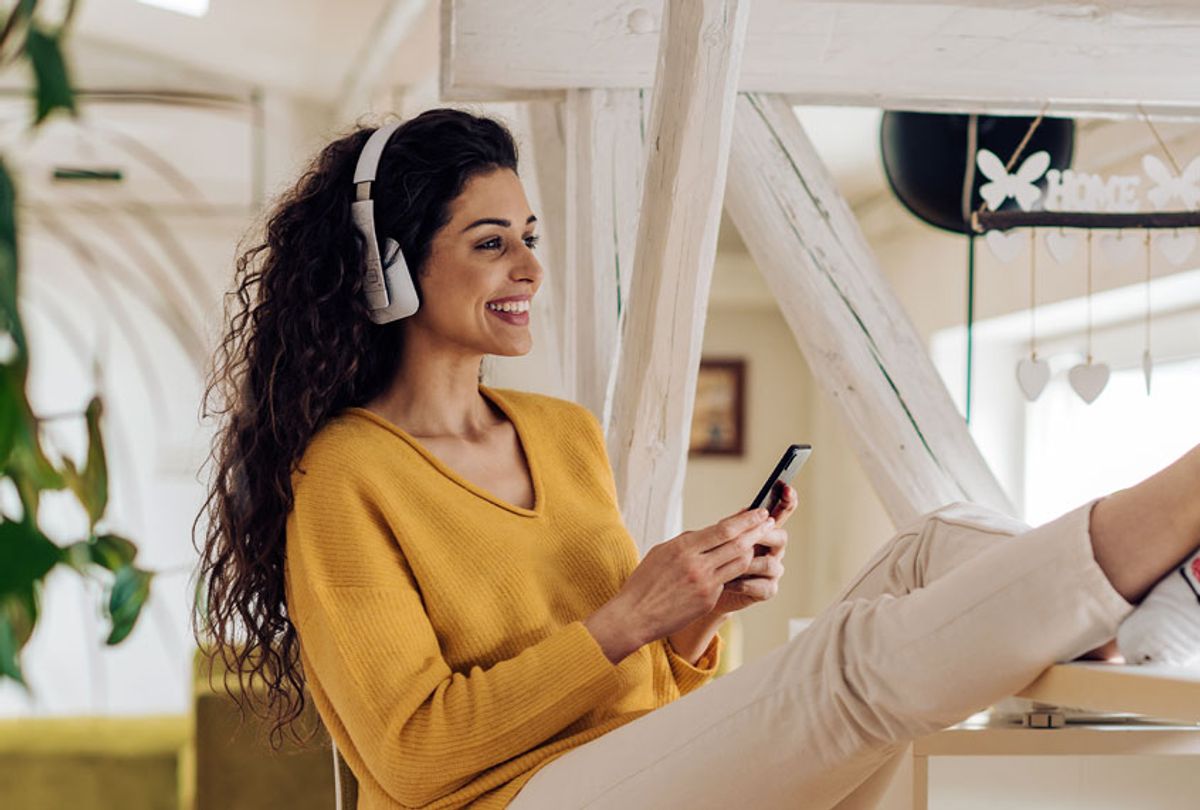 In the first episode of "Dirty Diana" — a fiction podcast produced by the Los Angeles studio QCODE — the voice of a young woman named Jada recalls a week in New York where she was so sick that she lay inside and spent hours watching neighbors "just waiting for something exciting to happen."

"Dirty Diana," released on July 13 and recorded in quarantine, isn't QCODE's first successful foray into audio drama. The horror show "Borrasca" came out in May and is still — along with "Dirty Diana" — one of the most listened to shows on Apple Podcasts, which has over 30,000 shows in its fiction library.

But QCODE isn't the only player in the field, one that investors have been eyeing more and more. Last year, Luminary, the "Netflix" of podcast streaming services, received a $100 million investment. Spotify also purchased podcast production company Gimlet Media for over $200 million. This month, the serialized fiction platform Radish raised over $60 million in funding.

It's clear that podcasting was gaining traction before the pandemic. But while non-fiction podcasts took a brief dip at the start of quarantine due to lost commute times primed for listening, downloads for fiction podcasts increased by 19%.

Audio drama is popular (again) in a pandemic world

The U.S. has been making audio dramas since the early 1900s that aired on radio, a major form of entertainment before the advent of TV. In the last 10 or 15 years, there's been a series of revivals ushered in by different "breakout" shows, said Neil Verma, a professor of sound studies at Northwestern University.

There was the zombie apocalypse thriller "We're Alive" in 2009, the quirky "Welcome to Nightvale" in 2012, the reported true crime "Serial" in 2014, and "Homecoming" in 2016, which follows a sinister rehabilitation program for soldiers. With each new breakout, Verma explained, it felt like the medium was born anew.

This is likely due to what he calls "the paradox of audio drama," where producers see it as simultaneously old and yet brand new and untapped. "Neither one of them is totally true," he said, "But the fact that you believe in this paradox means that you're caught in a certain kind of trap."

So while the medium isn't new, the pandemic is. "What the pandemic really did was focus [the industry] in terms of infrastructure . . . its remote recording facilities and production capacity," said audio drama researcher Richard Books at England's Coventry University.

In other words, the novel coronavirus didn't put a stopper in production.

Similar to QCODE, Luminary recorded "The College Tapes," a follow-up to the popular "The Bright Sessions," during quarantine. This summer, Audible announced a slew of new shows like Jesse Eisenberg's three-part play "When You Finish Saving the World." Just last month, novelist Neil Gaiman's "The Sandman" became an audio drama starring James McAvoy and is now the No. 1  bestseller on the New York Times' audio fiction list.

Some writers have even gleaned inspiration from the upheaval wrought by the coronavirus. This month, Canadian author Andre Alexis released the audio diary-style play, "Metamorphosis: a Viral Trilogy," tracking the fallout of a familiar, albeit fictional, global pandemic.

Indie producers are leading the way

Unlike the U.K., where production is mainly centralized by the BBC (now BBC Sounds), audio storytelling in the U.S. has largely been led by indie producers.

Audio Drama Hub on Facebook — a page for indies formed in the wake of the 2014 podcast boom — has over 3,000 members. One member, Adam Raymonda who helps make the fantasy show "Windfall," said that at one point he felt like he knew most indie producers' names, but that's no longer the case.

What appeals to so many is that audio production has a lower barrier to entry. You can record from home — as long as you have a microphone and a relatively quiet space. And budgets don't always limit an audio plot's scope. Raymonda, who also works as a composer, designed the show so that when the cast takes to the sewers in the first episode you're instantly transported with sounds of splashing water and audio mixing that makes some actors' voices feel more distant, seeming to echo in your eardrums. 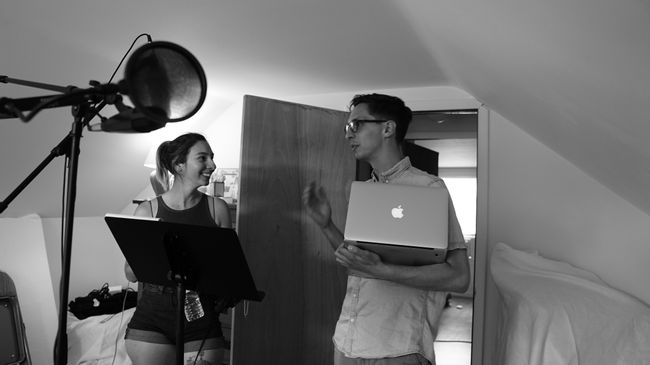 Production is cheaper than on a film or a traditional episode of TV, ranging from $50,000 to $200,000 according to the 2018 audio drama production guide "Bombs Always Beep." In February, Multitude Productions (an indie studio based in Brooklyn) revealed their new audio sitcom "Next Stop" along with their budget of $75,000.

The company's founder and CEO Amanda McLoughlin — who made her first nonfiction podcast at home with a microphone resting atop a stack of books  — hoped that by sharing the budget numbers, Multitude could help establish a baseline for companies making audio fiction. They also released a comprehensive (and free) guide to making fiction podcasts.

The rebirth of the theatre radio play

The current revival is also emerging in the world of theatre. For those who have lost vital production seasons amid the ongoing pandemic, audio is a lifeline.

Like many theatre companies across the country, Shakespeare @ knew in April that they'd likely lose their summer season. By May, they knew they'd lose fall as well. So they decided to turn "Richard II" into a radio play. The company assembled a sound design team and began to record on Zoom in June — with actors dialing in from New York, Los Angeles, and London. 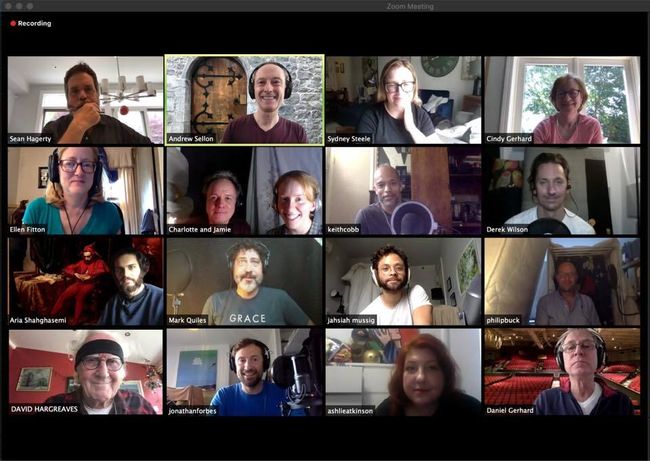 Director Sean Hagerty said that a radio play can't replace the communal aspect of theatre. "I think there's something in us that wants to congregate, that wants shared experience."

But he was intent on using sound to transport his listening playgoers.

So far, "Richard II" has proved a success. One older patron with dual-sensory impairment felt so moved that she wrote to the company thanking them for bringing theatre back to her. Now, the team is working on their next radio installment for a fall release.

Audio dramas can engage listeners in a number of ways; some may find it hard to focus while listening. A 2013 study found that between reading aloud silently and listening, listening was the most likely form of engagement to allow our minds to "wander."

"The fact is that very few of us can sit down for an hour and do nothing else," said McLoughlin. Even I had to pace my apartment, wash dishes, or put away laundry.

This multitasking while listening isn't necessarily a bad thing. Verma argues that our culture has a "fetish" for focus and that it's okay to let our minds go. The best radio dramas "don't suppose that you're a good listener or a bad listener," he said. "They teach you how to listen to them as a unique audio artifact." McLoughlin agrees: "I don't think there's a right way to listen to my podcast or any podcast."

Conversely, audio dramas can also ask more of their listeners. Like words on a page, sounds prompt your mind to imagine and create your own images. "Film and TV, as powerful and moving as they are, can be quite passive," said Hagerty. "Whereas with radio there's an engagement there that has to happen for it to work."

And that engagement can feel personal or "intimate." I felt that sitting in my room listening to Jada share her secrets in "Dirty Diana"; her voice was close and immediate, I could hear her words quivering with the excitement of her confession, my mind constructing an image of her eager face. It's not just the content that creates that feeling.

"So imagine every photograph you ever saw was a close up," Verma told me, "It's like that. It's like every single photograph in the world was a close up." Adding: "[It's] flush up against our ears." And it's only become more so as we continue to listen in isolation — in lockdown or elsewhere — with headphones in.

How an influx in audio drama consumption will affect attention spans culture-wide over time is hard to predict. McLoughlin noted that stories can offer comfort, distraction, and a kind of nostalgia. Maybe what works with audio drama is that it provides narrative structure while also giving our eyes a break from the screens that have come to dominate our now-virtual lives, granting the weary Zoom-er the opportunity to slow down and listen; to let the mind "wander."