Despair all ye who board the joyless "Train to Busan" sequel, where even the zombies feel generic

In Yeon Sang-ho's follow-up "Peninsula," one family could have saved the movie if only they could save themselves 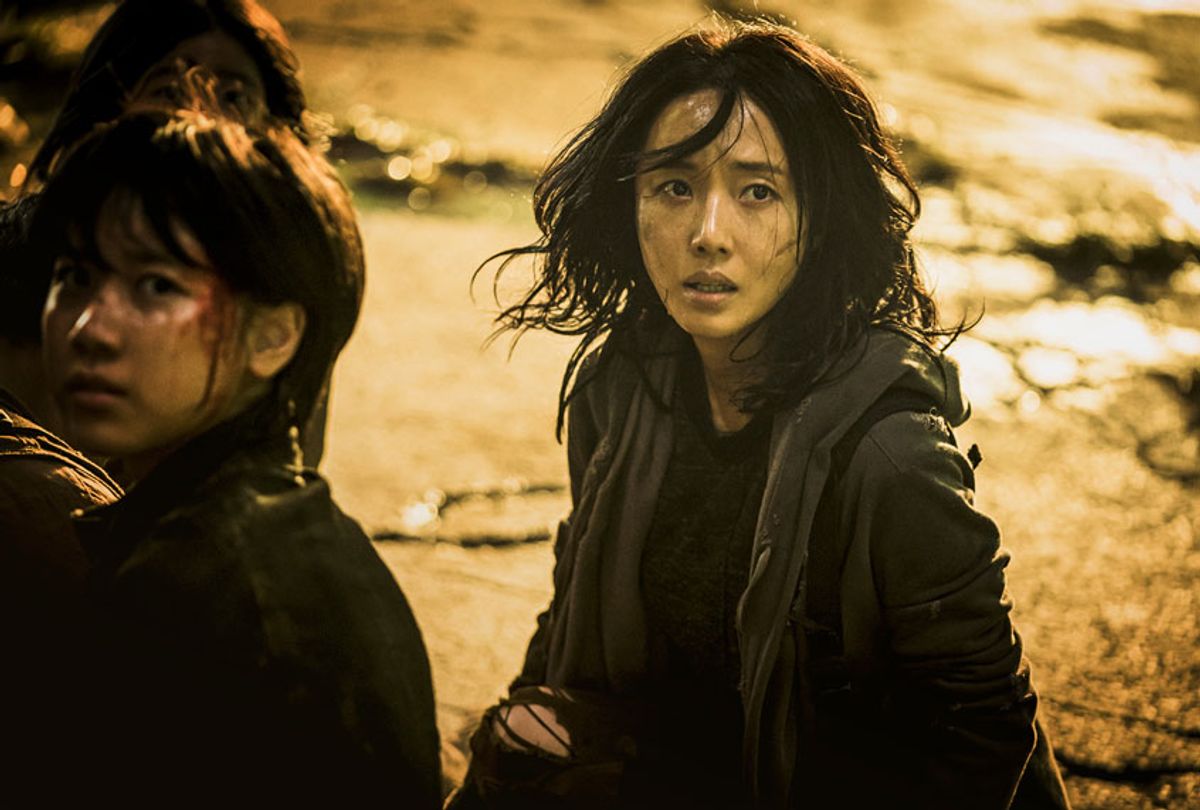 Korean film could've had a very good year overseas. After all, Bong Joon-ho charmed America into giving him the Best Picture Oscar for his excellent class warfare thriller "Parasite" in February. (Remember February?!) Just a few months later, Yeon Sang-ho's highly anticipated "Train to Busan" sequel "Peninsula" was supposed to premiere at the Cannes Film Festival, but that had to be canceled due to the global pandemic. While the film was released in Korean theaters in July, it's only now coming to the U.S.

Sadly, it was not worth the wait.

Then again, "Peninsula" couldn't possibly have lived up to "Train to Busan," given its almost universal acclaim for having skillfully combined action horror scenes with social commentary and unabashed emotion. Nevertheless, even with lowered expectations, Yeon's follow-up is a disappointment, from the pointless story to the zombies, who somehow have less character development than before.

Let's rewind. The original 2016 Korean blockbuster starts off zombie-free, allowing the film to build tension and the backstories of each of the passengers on the train as they go about their everyday banal lives. Their true heroic or selfish characters are revealed during the ensuing violence, and therefore it's either a tragedy or a schadenfreude-tinged celebration when one by one, each falls to the zombies.

Four years later, "Peninsula" has no such buildup. It's set in a post-apocalyptic hellscape where zombies reign and neighboring countries police the borders to guard against contagion. A handful of refugees return to the port city of Incheon on a ridiculous mission and discover survivors who've eked out an existence reminiscent of "Mad Max" meets "Fast and the Furious: Tokyo Drift." 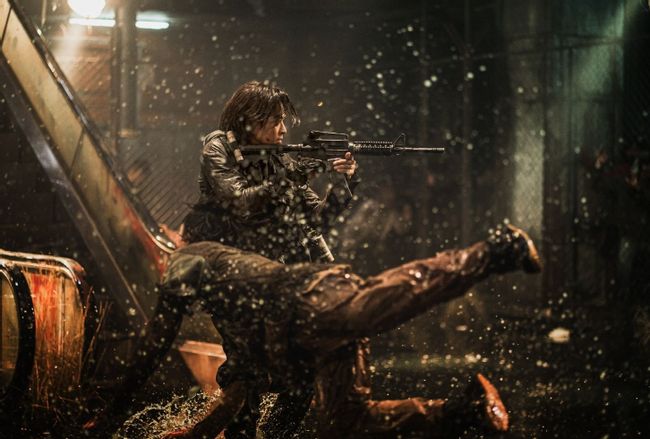 On this ill-fated trip to Incheon is the purported hero, former Marine Captain Jung-seok (heartthrob Gong Dong-won), who uses his military training to shoot guns in spectacular fashion. Other than his artfully floppy hair, his most defining feature is the pesky redemption narrative hanging over him. Accompanying him is Chul-min (Kim Do-yoon), who runs afoul of the survivors in Unit 631, a corrupt military unit that scavenges off the dead.

Yeon's earlier animation work specialized in crafting colorful but intensely evil villains, but in this live-action film, it's Unit 631 that feels cartoonish. Their favorite boorish pastime is the most clichéd post-apocalyptic trope: forcing prisoners to battle to the death, except this time against zombies. Nothing about this bloodsport makes much sense, from the arbitrary time limits to the waterlogged floors of the arena. (Perhaps from hosing off zom-bits and pieces?)

Meanwhile, Jung-seok is rescued by a second group of survivors, a family consisting of a mother and her two daughters, all of whom are demons behind the wheel. We first see this with confident teenager Joon-i (Lee Re) as she barrels through the streets, gleefully drifting into hordes of zombies as if they're bowling pins. Mom Min-Jung (Lee Jung-hyun) shows off similarly impressive skills driving a truck during a high-speed chase, forcing the axels to do her bidding. Even young Yu-jin (Lee Ye-Won) joins in the fun with a collection of tricked-out radio-controlled cars she deploys as diversions.

Here is where Yeon and Park Joo-suk, both of whom also wrote "Train to Busan," missed out on who the real heroes of the film are. Instead of wasting the first quarter of the film on Jung-seok and Chul-min's disastrous journey back to Incheon that requires both men to be rescued, why not just use more time to flesh out the only remotely unique characters who are already there?

The women's "2Train2Busan: Incheon Drift" shenanigans are easily the most exciting and innovative moments in the film. Min-Jung and her two daughters prove themselves worthy heroes having learned survival skills, cared for their befuddled grandpa, and maintained a sense of humor. More time spent with them from the start could only have benefitted the storytelling, instead of relying on painful and overwrought melodrama as a shortcut to building emotional connections with them.

The main cast perform their limited roles valiantly, while the supporting villains do their best to chomp the scenery with the gusto of a zombie's first mukbang. As for the undead themselves, that's another lost opportunity to add dimension to the film.

Every zombie flick gets to establish its own rules for how these revenants function. George A. Romero popularized the slow and lumbering zombies. "28 Days Later" made them fast. "Warm Bodies" made them emo. And in the mythology set forth in "Train to Busan," zombies are quick and agile, making them a true threat to their prey.

Also, a person bitten or "infected" by a zombie goes through a tragic transition during which they maintain their humanity, and therefore understand they're about to lose it. Some of the most affecting scenes from the first film involve that dawning realization or fruitless denial of their impending fate. Even after the transition, watching that familiar face then commit atrocities – often turning on their own friends or loved ones – offers another level of poignant horror.

"Peninsula," however, has taken away the zombies' humanity and makes them generic. None of the characters we meet are turned before our eyes; they're just forgotten, or they join the faceless masses to be mowed down by cars or weaponized by humans. While the message that humans are the real monsters is clear, the film has forgotten that it's the monsters who once were human.

There's not much to recommend on the production side either, which just amplifies the joyless experience. Darker, both tonally and visually — most of the action takes place after sundown, since by now, the good people of Korea know that the zombies have poor night vision — "Peninsula" was destined to feel grimmer. The inky landscapes filled with abandoned buildings and vehicles add to a claustrophobic and hopeless atmosphere.

Beyond some CGI-boosted car chases, a few other scenes attempt to offer thrills, but are undermined by how little the film makes us care for the fate of many characters. And that's inevitably what one's enjoyment of this film comes down to. If a B-grade zombie movie with visuals to match the action is desired, "Peninsula" will suffice. Any smidgen of expectation that it will have the depth or intelligence of "Train to Busan," however, will only lead to despair. Might as well just feed me to the zombies already.