The enduring resonance of Kate Bush's "Running Up That Hill," 35 years later

Futuristic with a propulsive underbelly, evocative and spiritual, the song has been covered by a variety of artists 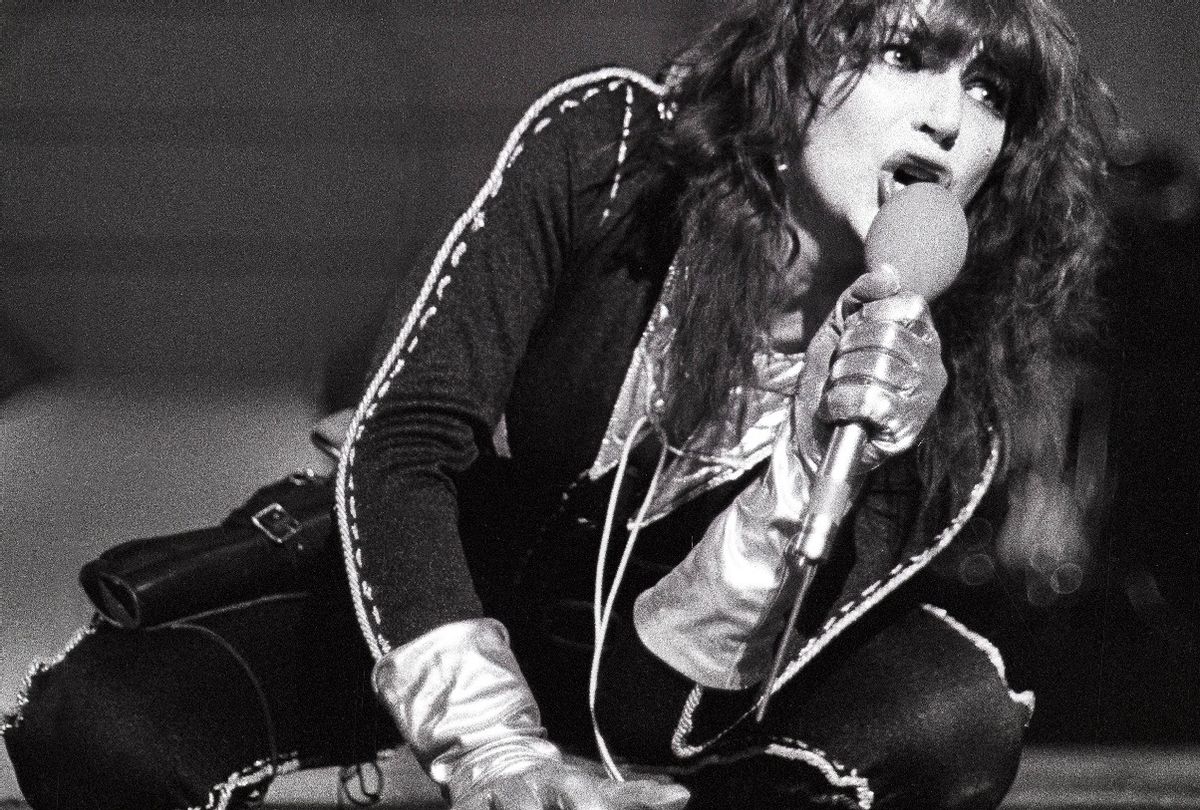 In early 2020, Meg Myers rose to No. 1 on Billboard's Rock Airplay chart with her cover of Kate Bush's "Running Up That Hill." The milestone was a long time coming: As the magazine noted at the time, the song had been on that chart for 29 weeks. For good measure, right after topping the Rock Airplay chart, Myers also spent two weeks at No. 1 on the Alternative Songs chart.

This wasn't the only "Running Up That Hill" cover to make waves this year. In June, the metal talk show "Two Minutes To Late Night" released a ferocious take on the song featuring searing lead vocals from Emma Ruth Rundle (Marriages, Red Sparowes); back-up singing from the show's co-host, Jordan Olds; and instrumentation from members of Mastodon, Old Man Gloom and YOB.

Sonically, the two versions of the song are quite different. Meg Myers' approach is pop-leaning and hews close to the futuristic sounds of Bush's take: The song surges forward thanks to booming drums, pulsating keyboards and Myers' gutsy vocal delivery. The "Two Minutes To Late Night," version, meanwhile, tapped into the original's propulsive underbelly, swapping keyboards for jagged guitars and adding theatrical metal flourishes.

That malleability explains partly why "Running Up That Hill (A Deal With God)" — which was released 35 years ago, on August 5, 1985, and appears on the "Hounds of Love" LP — is one of the most enduring singles of the '80s. It's been covered and interpreted by dozens of other artists, including Tori Amos (who pairs Bush's song with her own 1994 hit "God" during live performances), Placebo, Chromatics, First Aid Kit, and Jade Bird. Noted Kate Bush mega-fan Big Boi dissected the song for Pitchfork last year, praising the lyrics and production, while a remix of the song played in the closing ceremony of the 2012 Summer Olympics in London.

Bush's catalog has many high points — and her songs "Cloudbusting" and "Hounds of Love" have also been covered quite a bit — but "Running Up That Hill" looms largest of all. It's her lone U.S. top 40 hit, peaking at No. 30 in 1985, and one of her biggest global singles. The song's origins date back to 1983, when Bush and then-boyfriend Del Palmer started working on the music that would emerge on "Hounds of Love."

Bush wrote the song using the cutting-edge Fairlight CMI, while Palmer contributed a Linn drum rhythm. Although these instruments were common in the '80s, Bush's production and songwriting approach elevates the song. "Running Up That Hill" is warm and enveloping, with galloping rhythms, those mysterious squiggly effects, and Bush's sturdy, conspiratorial vocals. The song hovers between the physical and spiritual worlds, suspended in gauzy, hazy consciousness that's akin to the dreams people have just before waking.

Perhaps unsurprisingly, "Running Up That Hill" was originally called "A Deal With God." However, Bush's label was worried about the commercial implications of the title's religious overtones. "For me, that is the title — but I was told that if I insisted [on calling the song that], the radio stations in at least 10 countries would refuse to play it because it had 'God' in the title," she told Q in 1989. "Spain, Italy, America, lots of them. I thought it was ridiculous."

Still, Bush was conscious of the lukewarm reception to her previous album, 1982's "The Dreaming," and didn't want to pre-emptively undermine the chances of success for "The Hound of Love."  "Although I was very unhappy about it, I felt unless I compromised that I was going to be cutting my own throat," she said in an early '90s interview. "I'd just spent two, three years making an album and we weren't gonna get this record played on the radio, if I was stubborn.

"I felt I had to be grown up about this, so we changed it to 'Running Up That Hill.' But it's always something I've regretted doing, I must say. And normally I always regret any compromises that I make."

This backstory certainly gives "Running Up That Hill" additional resonance. People who don't conform to societal expectations or stereotypes often struggle to find their place in the world, or have to suppress parts of their personality to fit in. Bush's uncompromising creative vision is legendary, and so it's deeply relatable to read that even she grappled with reconciling her artistic intent with commercial forces.

However, "Running Up That Hill" is no compromise: It's a singular statement made by a strong, confident protagonist asserting their worth. "It's very much about love, really — trying to keep it alive," Bush told Blitz in 1985. "I don't know that perfect love exists in any human being, but I don't think it can be encouraged enough."

In a separate interview with The London Times that same year, she added: "It seems that the more you get to know a person, the greater the scope there is for misunderstanding. Sometimes you can hurt somebody purely accidentally or be afraid to tell them something because you think they might be hurt when really they'll understand.

"So what that song is about is making a deal with God to let two people swap place so they'll be able to see things from one another's perspective."

Her assessment points to one reason "Running Up That Hill" endures: The desire to be heard and understood by other people — especially someone for whom you care deeply — is timeless, and transcends generations. No matter how old you are, it's deeply meaningful to feel like you aren't walking through life alone.

Accordingly, the lyrics plea for understanding ("Tell me, we both matter, don't we?") and empathy ("Oh come on, angel / Come on, come on, darling / Let's exchange the experience, oh"). However, Bush doesn't specify gender pronouns, which is significant. On the one hand, the song can be interpreted as a monologue, or one partner pleading with the other; on the other side, the song can be interpreted as a conversation between two people. Or could it be that the song is what someone would like to say to a significant other — but they haven't yet found the right moment to share?

That ambiguity goes a long way to explain why the "Running Up That Hill" covers have such disparate emotional timbres. For example, Placebo's dirge-like take on the song, which was later used for a Wrestlemania match promo video, takes a more ominous tone, as if swapping places might expose dark secrets. The First Aid Kit take, however, is bare-bones and acoustic — and offers hope to those despairing over finding solace.

However, in Bush's hands, "Running Up That Hill" is at its core an optimistic song. The lyrics assume that once the partners have knowledge of each other, the tide will turn. She emphasizes the phrases "It's you and me" and "won't be unhappy," and concludes the song by asserting: "I'd be running up that road / Be running up that hill / With no problems."

That image is poignant: Running up a hill in other contexts could be difficult — but in Kate Bush's world, understanding and empathy removes these barriers, and makes a challenge easier to manage. "Running Up That Hill" is about how connection can empower — and also transcend.