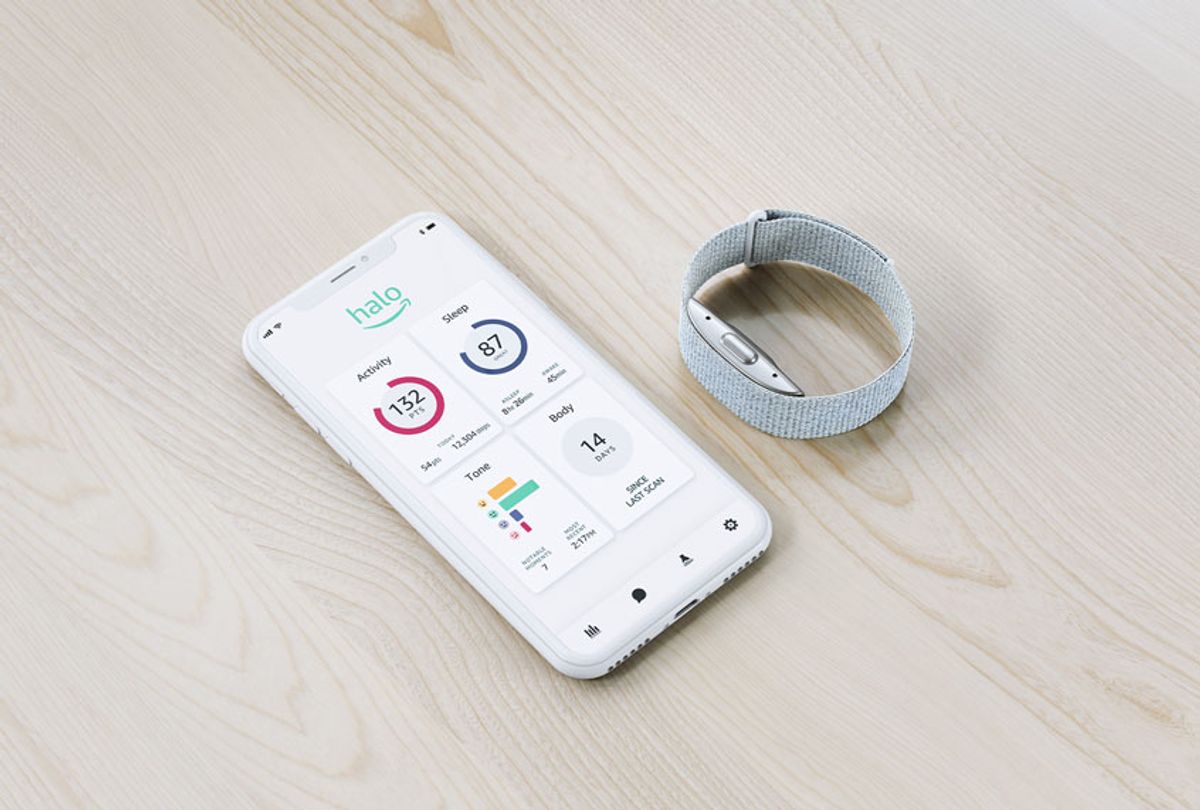 Amazon announced on Thursday that it is releasing a new product known as Halo, a fitness band with an accompanying app that promises to provide customers with a comprehensive understanding of their health. Yet the product's so-called features — which include taking a 3D scan of the user's body to determine how fat they are and listening to their conversations to see how they come across to other people— have led to an online backlash, with many deriding the device as creepy.

According to its press release, the Amazon Halo will allow customers to monitor various health metrics involving their heart and exercise habits, their sleep patterns, their body fat percentage and how they can generally develop healthier life routines. To obtain accurate data about body fat percentage, Amazon Halo requires users to take scans of their body and send them to Amazon while wearing "tight, minimal clothing." The company claims that consumers should not be worried because the photographs are deleted from the cloud after they are processed and are only stored locally on the users' phone. Despite their assurances of privacy, the company has admitted in the past that their own employees listen to private user data, such as conversations recorded by voice-activated Alexa devices.

Amazon also claims that Halo's "Tone" feature can analyze your vocal tone to help users figure out how they come across to others. This is because, as Amazon explains, the Halo listens to its wearer's conversations throughout the day and records them. Indeed, the company's press release says: "Throughout the day, [Halo] will take short samples of your speech and analyze the acoustic characteristics that represent how you sound to the people you interact with. This gives you a simple way to reflect on your interaction and communication throughout the day."

Amazon says that Halo can do all of these things through a wearable device that customers attach to their wrists, along with the accompanying software.

Considering that this device will compile a tremendous amount of sensitive health data about its customers, as well as be able to monitor and record what you say, the news about Halo has been met with concern.

Will Ahmed, the founder and CEO of the fitness tracker WHOOP, tweeted that "it's hard to understate how invasive it is that a Trillion dollar company wants you to wear a 24/7 wearable that intentionally records EVERYTHING you say. Re-read that and tell me it's not a dystopian future." Wareable, a Twitter account that focuses on wearable technology, tweeted "if you thought Alexa was creepy, try the new Amazon Halo wearable."

Journalist Aysha Khan expressed a similar thought, writing that "wow, the new Black Mirror episode seems really creepy." Evan Greer, deputy director of Fight for the Future, tweeted in response to one article discussing the new product that "you misspelled 'Amazon Halo is a surveillance capitalist wet dream manifested into a wearable device.'" Journalist Kara Swisher noted on Twitter that "I usually call them all unwearables, but this is fascinating and more than a little scary: Amazon Halo wearable tracks activity, body fat, emotions."

Even CNN Business insinuated that there is something unsettling about the new product, writing that it has already "collected mountains of data" by selling so many different products and through its virtual assistant AI technology Alexa and adding "now, it wants to creep into even more sensitive areas of its customers' lives."

Emily Mullin, a OneZero staff writer, writes about how North American life insurer John Hancock is working with Amazon to offer its members a free Amazon Halo device and three-year membership in return for access to their data (which they say will be used to provide rewards like discounts on premiums). Although CEO Brooks Tingle told OneZero that customers can choose not to share their data (at the expense of receiving the same perks) and that it won't use voice tone or body fat information, Mullin notes that other insurers may "take advantage of that data." She adds that insurance companies, which earn more money by having healthier members, could offer products like Amazon Halo to members because "they're betting that people will make healthier choices if they know they're being monitored."

In its press release, Amazon claims that "privacy is foundational to Amazon Halo, and multiple layers of privacy and security are built into the service to keep data safe and in customers' control." When Salon reached out to Amazon, we were referred to this press release and to executives from the Future of Privacy Forum and World Privacy Forum.

This is not the only occasion in which Amazon products have been met with concerns about privacy issues. The Amazon Echo, a voice assistant, has prompted repeated surveillance and privacy concerns. The company has also been criticized for ethical concerns over its facial recognition technology Rekognition, used by law enforcement, which has been accused of racist and sexist biases in its programming. Amazon announced in June that it was imposing a one-year moratorium on allowing police forces to use that technology pending congressional legislation to address the ethical concerns.