This creamy, cold treat allows you to beat the summer heat while looking forward to fall flavors 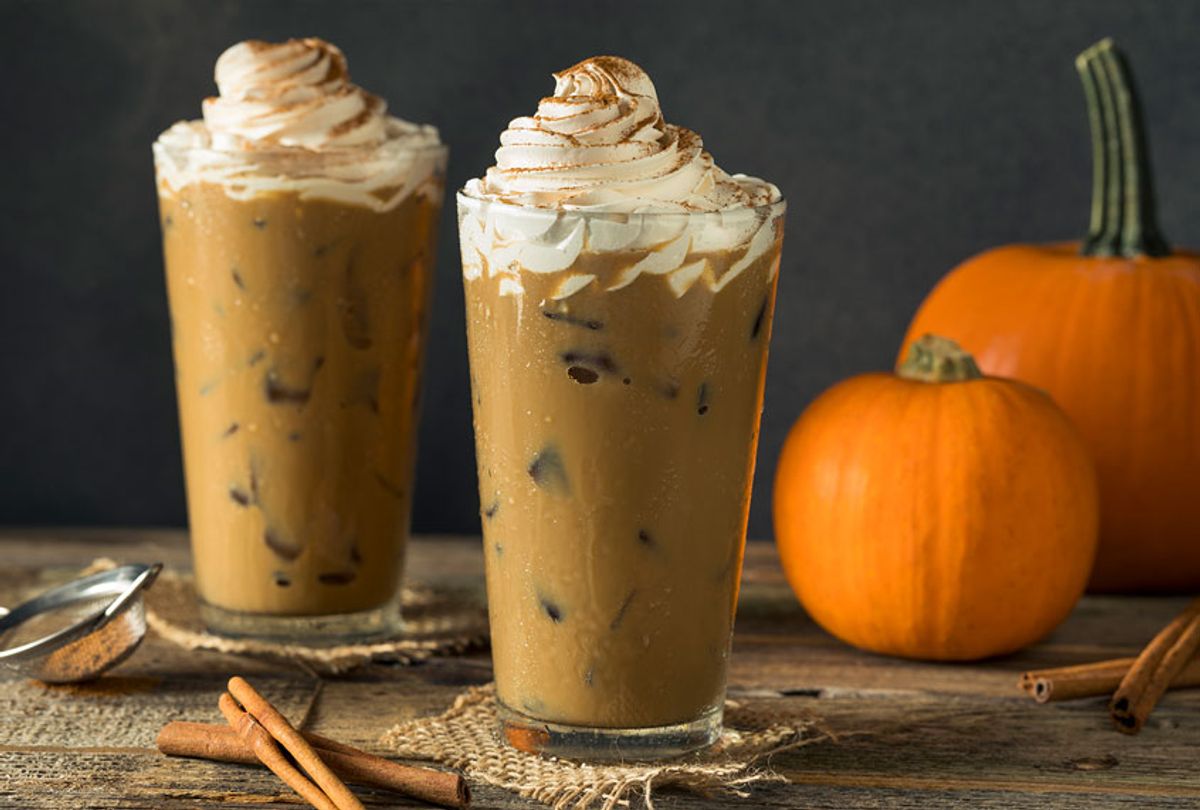 Something I've been thinking a lot about recently is how rituals surrounding what we eat and drink have changed during the pandemic. Simple things — like picking up a bodega bacon, egg and cheese before rushing to work, or having a leisurely cup of coffee at a cafe while people-watching — are either relics of the past or have become totally different experiences, fraught with anxiety.

That's why, when Starbucks announced that they would be bringing back their pumpkin spice products on Aug. 25, the earliest annual launch date yet, I felt a tiny bit relieved. Like, we're in the middle of an unprecedented global pandemic and preparing for a perilously crucial election, but still the pumpkin-spiced world turns.

The Starbucks PSL (or pumpkin spice latte, for the uninitiated) is a controversial beverage, in the way that only something that is so wildly popular can be. Over 200 million cups are sold annually, but as Vox's Rebecca Jennings put it, "since its inception in 2003, the pumpkin spice latte has become something of a straw man for discussions about capitalism, seasonal creep, and the meaning of  'basic,' resulting in widespread hatred for an otherwise innocuous beverage."

While I think people who make a single food their whole personality are a little boring (let's just say I'm not a candidate for pumpkin spice toothpaste or pumpkin spice hummus), they honestly pale in comparison to the people who deride folks for simply finding joy in something — especially during the raging dumpster fire that is this year.

And something that is giving me both a little joy and a sense of seasonal ritual is recreating Starbucks' pumpkin cream cold brew in my own kitchen; it's a kind of extension of my ongoing desire to make coffee house-quality drinks at home.

The Starbucks website offers a pretty transparent outline of what is in their drinks. The ingredients list for the Pumpkin Cream Cold Brew is basically a paragraph long, but once I dug into it, I was able to identify the main ingredients for making it at home:

With a few quick adaptations, I was able to create a version that works at home, but still satisfied my cravings for a sweet, creamy and cold treat that bridges summer heat and fall flavors.

1. In a small saucepan over medium heat, combine whipping cream, whole milk, pumpkin puree and sugar and stir vigorously. Allow the mixture to come to a simmer, and then immediately remove from heat; do not allow it to boil. Allow the pumpkin cream to come to room temperature, then transfer to an airtight container and refrigerate until cool.

2. Wipe out the saucepan, and combine the ingredients for the vanilla syrup, bringing the mixture to a simmer. Stir the mixture until the brown sugar dissolves, then remove from the heat. Set aside.

3. Pour 4 ounces of cold brew concentrate into two glasses over ice, followed by 4 ounces of water and vanilla syrup to taste. Stir.

4. Remove the pumpkin cream mixture from the refrigerator. It's time to froth! You can do this a few ways: use a milk frother, place the mixture in a blender, or even just whisk it really aggressively. You just want the pumpkin cream to have a little body — not quite whipped cream, but thicker than straight cream.

5. Split the pumpkin cream between the two glasses.

6. Combine the cinnamon, ginger, nutmeg, cloves. Sprinkle it over the pumpkin cream, and enjoy.