Zuckerberg vows to fact-check Trump if he declares premature victory: Critics are skeptical

Facebook announces pre-election crackdown on misinformation and political ads. But how effective will it be? 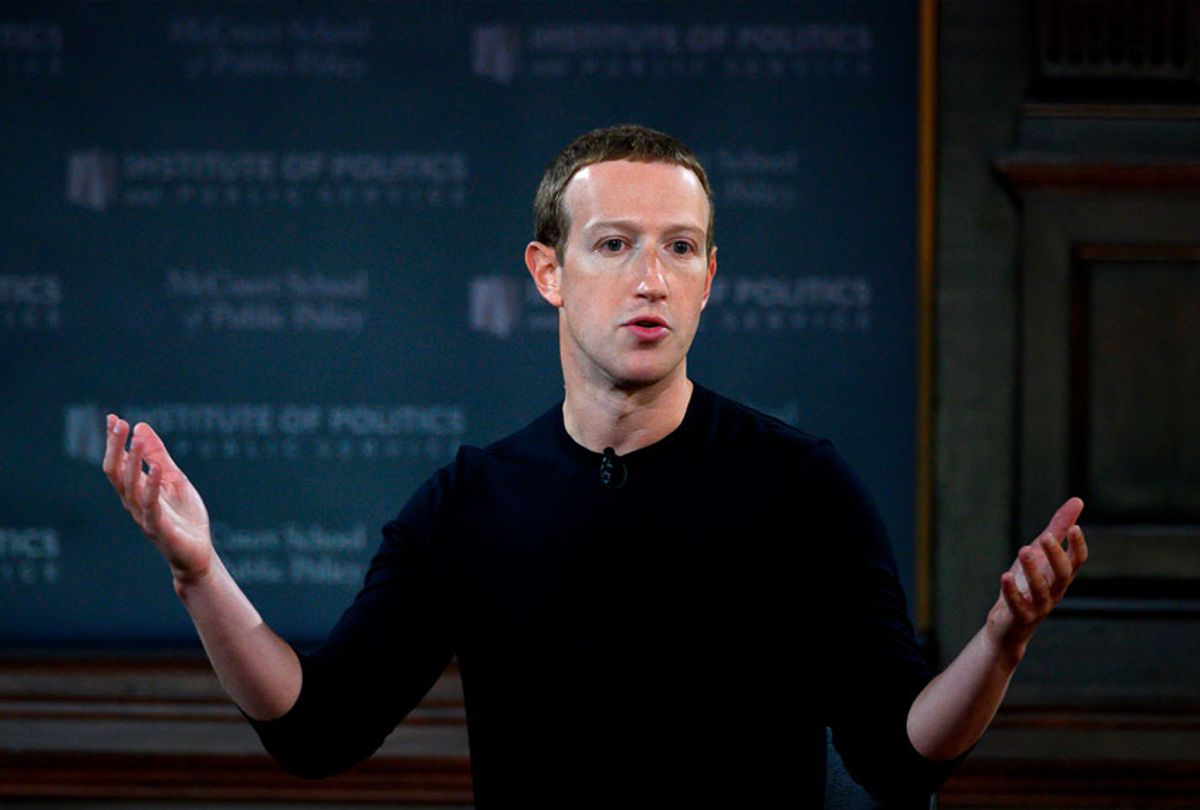 Facebook CEO Mark Zuckerberg on Thursday announced new policies to crack down on misinformation ahead of November's elections. Critics are skeptical that the social network's changes will have much impact.

Zuckerberg said the company will not accept any new political ads in the week ahead of the election and will crack down on misinformation that seeks to discourage voting or "delegitimize the outcome of the election." He said the network would also "add a label" if any candidate prematurely declares victory, a policy that appears to be aimed at concerns that President Trump may claim he has won before all the votes are counted.

"I'm concerned about the challenges people could face when voting. I'm also worried that with our nation so divided and election results potentially taking days or even weeks to be finalized, there could be an increased risk of civil unrest across the country," Zuckerberg said in Facebook post, adding that "this election is not going to be business as usual."

Zuckerberg, who has repeatedly come under fire for allowing the spread of false claims in political ads and failing to crack down on misinformation, said the social network would promote voting information at the top of its platforms through November and would remove any "explicit misrepresentations" about voting.

"If any candidate or campaign tries to declare victory before the final results are in, we'll add a label to their posts directing people to the official results from Reuters and the National Election Pool," the social network said in a blog post.

Trump has repeatedly refused to commit to accepting the results of the election while spreading debunked conspiracy theories about mail voting. Trump has also repeatedly sought to falsely sow doubt in the safety of ballot drop boxes (though not in-person voting) amid the pandemic, and on Wednesday literally urged his supporters to illegally vote twice to test the voting system.

The Trump campaign quickly criticized Facebook's decision on Thursday, doubling down on the president's insistence that the social network is biased against Republicans despite mounting evidence that Facebook officials have gone out of their way to acquiesce to conservative demands.

"In the last seven days of the most important election in our history, President Trump will be banned from defending himself on the largest platform in America," campaign spokeswoman Samantha Zager said in a statement. "When millions of voters will be making their decisions, the President will be silenced by the Silicon Valley Mafia."

But Democrats say the changes do not address the fundamental issue that Facebook is used to spread misinformation.

"Democrats will continue to urge these platforms to recognize the great responsibility they have in 2020 to protect voters from dangerous disinformation," Ben Block, a spokesman for the Democratic Congressional Campaign Committee (DCCC), told The Wall Street Journal. "That means real, concrete action to combat disinformation that is being organically spread by users on their platforms."

Technology experts also expressed skepticism about the impact of the changes.

Siva Vaidhyanathan, a Facebook expert at the University of Virginia, told the Associated Press the policies were "reasonable," but said he was "not optimistic that this will be terribly effective" because Facebook has struggled to enforce its own rules.

CNBC tech editor Steve Kovach pointed out that the ad ban only applies to ads submitted in the final days before the election, after millions of voters have already cast their ballots. He said that "candidates will still be able to claim victory or cast doubt on the election results" even if Facebook adds a link with accurate election information. "Users, including political candidates, will still be able to spread false information about mail-in voting and the pandemic," he added, noting that the company's policy only calls for the removal of posts that claim you will catch the coronavirus if you go vote.

"Facebook's last-minute changes will not prevent disinformation from being shared organically and will still allow political campaigns to run ads with lies," they said. "At the same time, these changes will undermine efforts to ensure voters, particularly voters of color, who use Facebook as a resource can access accurate information — including when, where and how to cast their ballots."