Death Star blows itself up: Trump ran his campaign finances like his businesses — into the ground

It's no surprise that Trump's campaign is a giant grift. But will his donors keep pouring good money after bad? 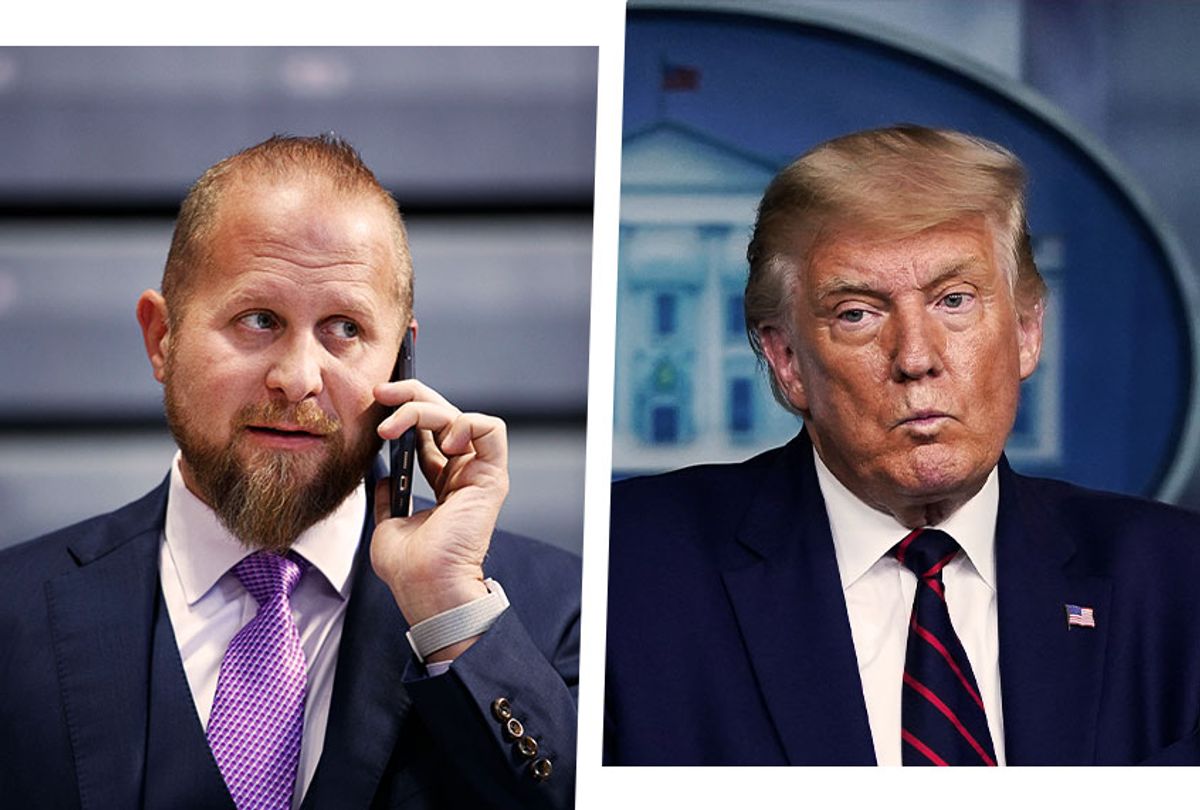 The "Death Star": At the beginning of this year, that's what Donald Trump's then-campaign manager, Brad Parscale, dubbed the billion-dollar fundraising operation at the heart of the Trump campaign.

The choice was a telling one, largely as a reminder that many Republicans in the Trump era are not only aware that they're the bad guys, but are proud to align themselves with some of the notorious villains of pop culture history. But more than one commentator was also quick to point out that the Death Star isn't just a symbol of evil, but of hubris, because it's destroyed by the plucky heroes who may be outgunned but have the wit and courage to defeat the foolhardy tyrants of the Empire.

"Dude, the Death Star gets blown up in the end of just about every Star Wars movie," MSNBC host Joe Scarborough tweeted back in May, in response to Parscale bragging that he was about to "start pressing FIRE for the first time" on Trump's "juggernaut campaign."

Life rarely plays out like a children's sci-fi movie, but I am happy to say that the people who made Death Star jokes turned out to be right. The Trump campaign's Death Star had its own version of the ray-shielded particle exhaust vent that allowed the Rebel Alliance to fly directly into its reactor core to blow up the entire apparatus: The greed and incompetence that defines Trump and everyone around him.

On Monday night, the New York Times published an article so satisfying that it felt almost pornographic, about how the Trump campaign has burned through most of that Death Star cash, with little to show for it — except, of course, when it comes to the bank accounts of the Trump family and their ancillary leeches.

It appears much of the problem was the way that Trump himself, along with Parscale, the Trump's family and other associates, treated the campaign as a personal piggybank. Trump paid his family's enormous legal bills with campaign cash. Money was routinely spent to fluff Trump's ego, as with the reported $11 million spent on Super Bowl ads. Nearly a third of the cash was routed through "a single limited liability company linked to Trump campaign officials." The partners of Trump's two sons are literally on the payroll. Trump's own incompetence is also a factor, leading to massive losses as he impulsively switched the Republican convention from Charlotte to Jacksonville to and then, effectively, to Washington. And the campaign spent far more money on fundraising than is typical, suggesting that Parscale was more interested in bragging about his Death Star than making it run efficiently.

Say what you will about Darth Vader, but at least he didn't destroy the Empire by greedily sucking all its resources dry so nothing was left to fight the rebels.

What makes this entire situation even funnier is that it was entirely predictable: Give Donald Trump a billion dollars and he blows it all. That's how the man has operated his entire career. Trump's history of running various businesses into bankruptcy — including Atlantic City casinos — isn't exactly some big secret. Of course he runs his campaign the same way. Giving the man money is like lighting it on fire, and always has been.

Affluent people are often keen to disproving the American faith that wealth reflects intelligence. Trump has managed to survive for decades as a financial vampire, getting by on his ability to talk rich people into wasting their money on him. First, it was the banks who kept loaning him money, long after he proved he couldn't be trusted with it. Now it's big Republican donors who keep giving Trump money, even though the thanks they get for it, as billionaire Sheldon Adelson recently discovered, is Trump yelling at them for not giving more.

The rational thing for rich Republican donors to do right now would be to cut their losses and stop giving Trump cash. It's possible that this is, in fact, happening. Republicans have still not released their August fundraising numbers, although the Democratic nominee, former Vice President Joe Biden, released his record-setting numbers with great fanfare. The silence from the Republican camp strongly suggests their haul might not be so impressive.

Still, it's worth remembering that, in the past, banks have kept writing checks to Trump — even giving him an "allowance" of $450,000 a month in 1990 — in the vain hope that by keeping his real estate empire afloat they might can recover some of the money he had already lost. This is literally called the "sunk cost fallacy," and it's famously hard for people — including people at supposedly savvy financial institutions — to stop throwing good money after bad. There's always the hope that all that previous investment will pay off if just a little more scratch is put into the project.

And make no mistake, wealthy Republican donors see their spending on the party as an investment. Helping get Trump elected in 2016 has paid off enormously, leading to a major tax overhaul that is redirecting huge amounts of money from the pockets of working people toward the already wealthy. Keeping those tax cuts is a major priority for people of the Sheldon Adelson class. So even though Trump as squandered all the other money they've given him, there's still an incentive to try to push this grifter over the finish line with one last cash infusion.

To make things worse, the New York Times story — which was co-authored by perpetual Trump beat-sweetener Maggie Haberman — is stuffed with assurances that the campaign's days of reckless spending are over.

"Since Bill Stepien replaced Mr. Parscale in July, the campaign has imposed a series of belt-tightening measures," the article reassures skittish would-be donors.

The article also quotes senior Trump strategist Jason Miller claiming that the campaign's relatively light ad spending at present reflects a decision to "sav[e] it for when it really matters" and promising that the Trump team will "have the firepower that we need" for fall advertising.

This, of course, is the same Jason Miller who was getting paid $20,000 a month by a nonprofit currently entangled in the fraud investigation that led to the arrest and indictment of former 2016 Trump campaign chief Steve Bannon. So it would be foolish to take Miller's word on anything, especially the topic of whether the campaign is acting less like a giant grift and being more responsible with donor money.

Ultimately, Trump has never really planned on trying to win this election through the traditional means of campaigning and persuading Americans to vote for him. Instead, his focus appears to be on leveraging taxpayer money and the immense power of his office in a series of schemes to steal the election. If he "wins," it will almost certainly be due to the success of those schemes, not because of the money given to him by members of the ultra-wealthy elite who are happy to sell out our democracy for tax cuts.

Still, we all need a laugh in these dark times, so don't feel the slightest bit guilty for making fun of all these rich, immoral monsters who kept writing checks to Trump, even though it was obvious he would either waste their money or steal it. Trump still needs to get a good deal closer to Biden in the polls than he is right now to get the election within stealing range. If he fails to snag a second illegitimate term in office, his own greed and incompetence will have played a role in his downfall. That will be poetic justice, and we can all take pleasure in that.