This stinging indictment of economic inequality is bold, brutal, and not for the squeamish 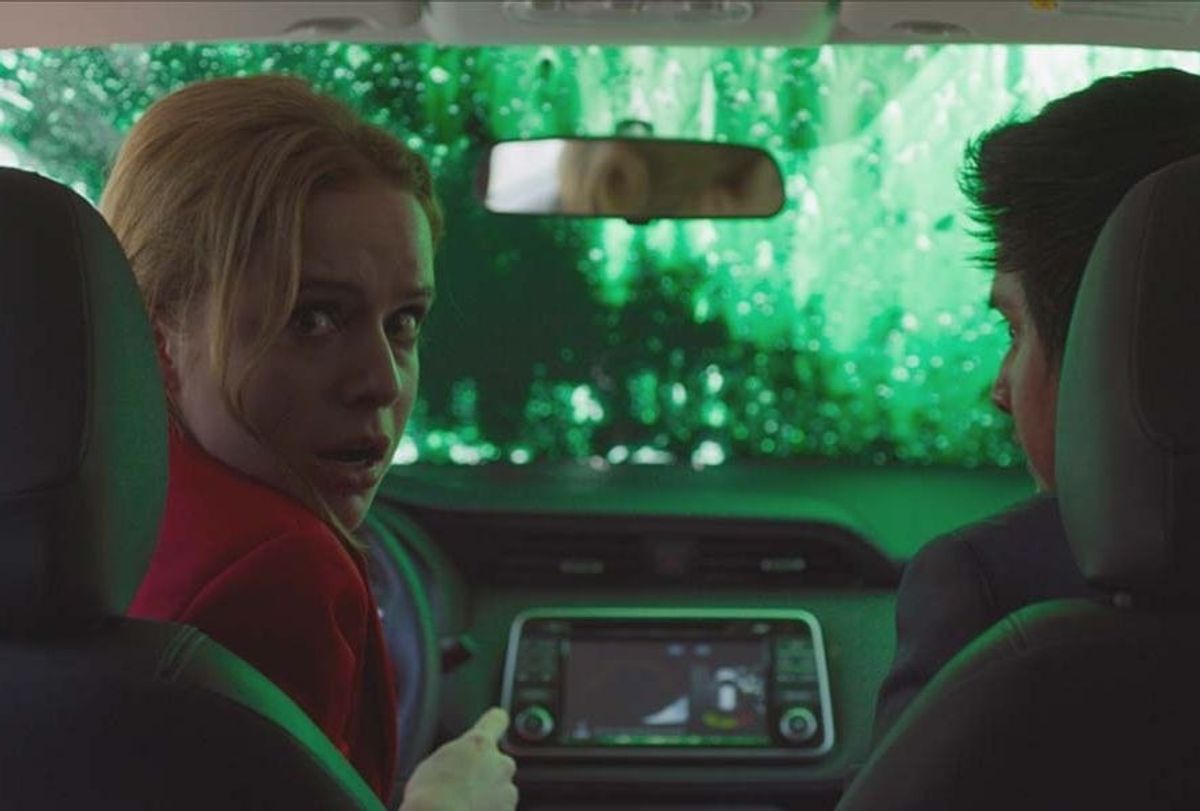 Director Michel Franco's film, "New Order," a stinging indictment on economic inequality, is electrifying — like a cattle prod to the nether regions. That vivid image is actually seen in one of the many disturbing sequences in this mesmerizing drama that received its North American premiere at the Toronto Film Festival this past week.

The film's opening minutes are full of arresting images including a tracking shot of nude and bloodied bodies. An early, chaotic sequence has patients being removed from their beds in a hospital. Cut to an elegant home where the blonde, 25-year-old Marianne (Naian González Norvind) is about to marry Alan (Dario Yazbek Bernal), a handsome young architect. Her mother Rebeca (Lisa Owen) circulates among the crowd and grows concerned when the bathroom tap has green water flowing from the spigot. A guest soon arrives splattered by green paint. Everyone is politely trying to act like everything is fine, but protesters are creating traffic jams and streets are being blocked off. The situation in the outside world is making the judge late.

As the minidramas unfold, the house staff, which include Cristian (Fernando Cuautle) and his mother Marta (Mónica Del Carmen), try to maintain a sense of order. But "New Order" is about shaking things up. Franco peppers his film with jolts that will keep viewers both glued to the screen and completely unsettled.

The drama really begins when Rolando (Eligio Meléndez), a former employee of the family's, arrives at the home and asks Rebeca for 200,000 pesos. His wife Elisa needs an emergency heart valve operation and he does not even have a credit card to pay for it. Rebeca rounds up 35,000 pesos and asks Rolando to leave. When Marianne learns of the situation, she asks Cristian to go with her to help Rolando.

Franco uses this pivotal episode as a comment on the elite. Some folks wonder if Rolando is shaking down his former employer; that Elisa is neither sick nor dying. But Marianne shows how the youth of the upper class can be bleeding-heart liberals who feel ennobled that they are doing the right thing.

Shortly after Marianne leaves — and Rebeca and others wonder where she is — the wedding party is taken over by invaders. The maids pause from looting their employers to cross themselves as guns are discharged and bodies pile up. The house is ransacked, and spray painted with the words "putos rico" (use Google to translate). Chaos reigns, and rioting is rampant. The transformation from elegant party to police state with a curfew is swift and definitive. Franco films "New Order" in such a concise, urgent, impactful way that one can only marvel at how he pulled it off. TV screens show the anarchic atmosphere while the outside world has changed, possibly forever.

Anyone who thought Marianne was foolish to leave her wedding, however, should not also think she was lucky to escape. While Cristian seeks to protect her, their journey is fraught with danger. "New Order" includes a telling moment when Marianne enters Cristian's house briefly, and looks around, expressing her quiet surprise at how he lives. The bubble she inhabits, the film insists without a word, is far removed from the real world. And then things get worse; the next morning, Marianne is offered an escort home by soldiers, who take her instead to a detention center where the cries of people being tortured provide the soundscape.

Franco shrewdly does not shy away from depicting some of the more unpleasant and humiliating things Marianne encounters while held hostage. Her despair throughout is palpable in her expressions and body language. She can barely contain herself to make a ransom video. The soldiers call her "blondie," a symbol of their disdain for her class. Viewers may be aghast as these upsetting scenes unfold. But this unflinching film is full of shocking, jarring moments. Whenever a character seeks help or tries to be helpful, rescues someone or is rescued, it puts them in peril and may end their life. Franco takes no sides, which is the brilliance of his film. He is asking audiences where their sympathies lie: with the abused underclass who are now behaving despicably and murderously towards the privileged, or the wealthy "white" victims who enslave others?

"New Order" chronicles how the rich and the poor both try to survive in this new, dystopian world where there is a point system, work permits, and other forms of social control. Marianne's brother Daniel (Diego Boneta) makes a determined effort to find her. Cristian and Marta are unwittingly involved in helping the abductors secure Marianne's ransom from her family. Alan and his mother, Pilar (Patricia Bernal), try to maintain a semblance of how things used to be. What happens with Rolando and Elisa is also revealed.

Franco is relentless in his approach and offers no easy answers to a very timely situation. He coaxes superb performances out of his ensemble cast; many of the actors are at times simply expressionless as the horrors unfold around them. And visually, his compositions are bold, if brutal. One indelible scene features the victims of a firing squad being set on fire.

"New Order" is not for the squeamish. But this provocative, discomfiting film, is not to be missed.