New Yorker writer Jelani Cobb returns to Newark to pick up where his 2016 report left us, and finds little changed 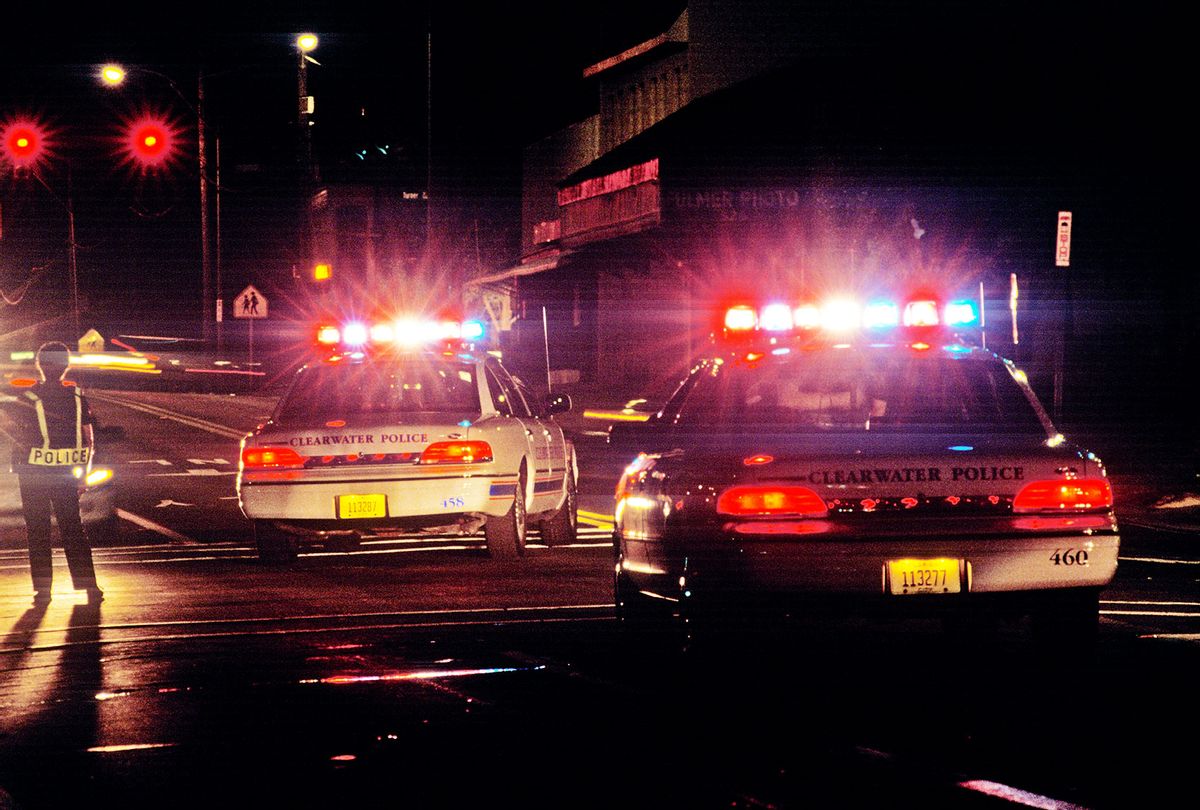 In 2016, New Yorker writer, professor and historian Jelani Cobb produced an episode for "Frontline" titled "Policing the Police" in which he journeyed to Newark, New Jersey in the wake of two pivotal events. The first was the recent election of Ras J. Baraka to the office of mayor in 2014. The second, which happened that same year, was the release of a Department of Justice report that determined the Newark Police Department had engaged in a pattern of unconstitutional conduct that disproportionately targeted minorities. For one, it found that nearly 75 percent of documented pedestrian stops by the police were not justified.

And this explains, but does not excuse, why Cobb came up empty when he sought out paperwork on a questionably executed and highly disturbing stop he witnessed firsthand during a 2016 ride-along with Newark police. In the scene, the officers Cobb accompanies surround a Black man who was simply walking home, wrestle him to the ground, cuff him and rough him up as they go through his pockets, only to release him when they didn't find any weapons or drugs. Their justification for such force was what he said to officers as they approached him: "Don't touch me, man. Please don't touch me."

Much of the footage shown in first half of "Policing the Police 2020" recaps Cobb's "Frontline" report from 2016 in order to contextualize the current conversations surrounding police reform and calls to defund or even abolish the police. Yet most of the footage filmed four years ago looks like it could have happened last week — a sobering realization I had while watching.

But even if protests resulting from the deaths of George Floyd, Breonna Taylor and the many other unarmed Black men and women killed by police before and since had never occurred, extreme shifts with regard to police reform between Barack Obama's presidency and Trump's presidency necessitate updates to that 2016 report.

Unsurprisingly, Cobb once again maintains an evenhanded approach to the updated report, resuming the conversations he filmed with Baraka in 2015 and 2016 and placing what was said then in a more current context. Helpfully, Baraka and Cobb have some history — both as friends and former classmates at Howard University.

Cobb's intentional tight focus on Newark — as opposed to journeying to cities and police departments throughout the country — has a purpose beyond his personal connection with its mayor. In the years since the first edition of "Policing the Police," Newark, in Cobb's view, has become something of a laboratory for what can and cannot be achieved in the realm of police reform.

The aggressive gang unit whose cops the journalist accompanied on a shift in 2016 has been disbanded, and one of men featured in those interviews was fired. The city council voted to approve a civilian review board with the power to subpoena and recommend discipline for police officers who abuse their charge by utilizing extreme force against its citizens — a reasonable countermeasure given the DOJ's finding that, during its three years of investigating the department, its internal affairs office dismissed 99 percent of complaints against the department's officers.

But while all of this might be seen as positive movement in Newark's efforts to enact lasting police reform, the Trump administrations deprioritizing of civil rights reforms of all kinds has stymied much of the city's progress. A recent decision by the New Jersey State Supreme Court significantly limits the power of civilian review boards, notably striking down their ability to issue subpoenas. And this loss likely is due to the lobbying efforts of the board's most vociferous opponent, Newark's police union.

"Policing the Police 2020" could have been two hours instead of one. There are enough topics Cobb touches upon in this episode, but doesn't expansively explore to necessitate an entire series.

However, if there's one salient difference between the 2016 edition of this report and this update, it is how public opinion has changed. In the past four years, the chasm has grown between how the public and the cops view the perception of use of force.

That shift is most apparently when Cobb shows a video to James Stewart Jr., head of Newark's largest police union, in which officers can be seen striking a man and punching him in the head while they're on top of them, even as he tells him he's not resisting. Cobb asks Stewart if what he sees looks like excessive force; without hesitation, the union head replies no.

In Cobb's 2016 report, when Cobb shows the video of the case described earlier in this piece (of an unarmed man tackled and restrained by officers as he's walking home) to a different officer, that law enforcement figure at least entertains the idea that, indeed, it may look excessive to the observer.

But the problem, then, is the same as the one the public is passionate questioning now. It stems from the U.S. Supreme Court's decision that an officer can use force if they believe there's a threat to his or her life or to the lives of others  — which, as Cobb points out, is a murky rubric.

Newark, at least, appears to be arriving at some versions of a "solution." Cobb notes that at the height of nationwide protests taking place across the country this summer, the demonstrations in Newark were largely peaceful, with fewer violent incidents.

By continuing to work with federal oversight agents who came to Newark after the 2014 report, the city has implemented extensive training to help officers understand new standards and what they can do within the law. They note that in many cases officers didn't know that certain stops and arrest practices were not actually legal.

As the episode shows, more recent polls indicate a slight rise in the community's trust in the police. Yet that came with a corresponding rise in use of force – a number explained away by officials as a result of an increase in reporting.

While Cobb professes a sense of hope at the end of this 2020 update to "Policing the Police," he does not underplay the glaring fact that the same problems that plague us in 2020 are similar to those he shed light upon in 2016 – and indeed, they are very much the same as those that brought Newark to the fore of our national conversation in 1967.

Nearly five decades ago, the beating of a Black taxi driver by Newark police sparked a violent protests and inspired New Jersey governor at the time to call for a study of civil disorder in New Jersey to understand why. The findings, released by the group that came to be known as the Lilley Commission (named for its chairman, businessman Robert D. Lilley), pointed to the same societal ills we're living with today.

Frustration over racially discriminatory policing was a primary fuel for unrest, but the report doesn't stop there. It included 100-page examinations of structural conditions contributing to the conditions that led to the violent uprisings back then, citing inequities in the public school system, housing and employment discrimination and government corruption.

Baraka makes these same connections in his summary of today's problems with policing. "The police represent a larger system … they're enforcing these people's values, right?" he says, citing high maternal mortality rates among Black women as a statistical example. Conversations about systemic racism abound, and few consistently make this vital connection between discriminatory policing and other layers of inequity.

"Every institution in America has the same values that the police department has in America," Baraka adds. "The police just got guns."

"Frontline: Policing the Police 2020" airs at 9 p.m. Tuesday, Sept. 15 on PBS member stations and is available to stream online at pbs.org/frontline and in the PBS Video App.