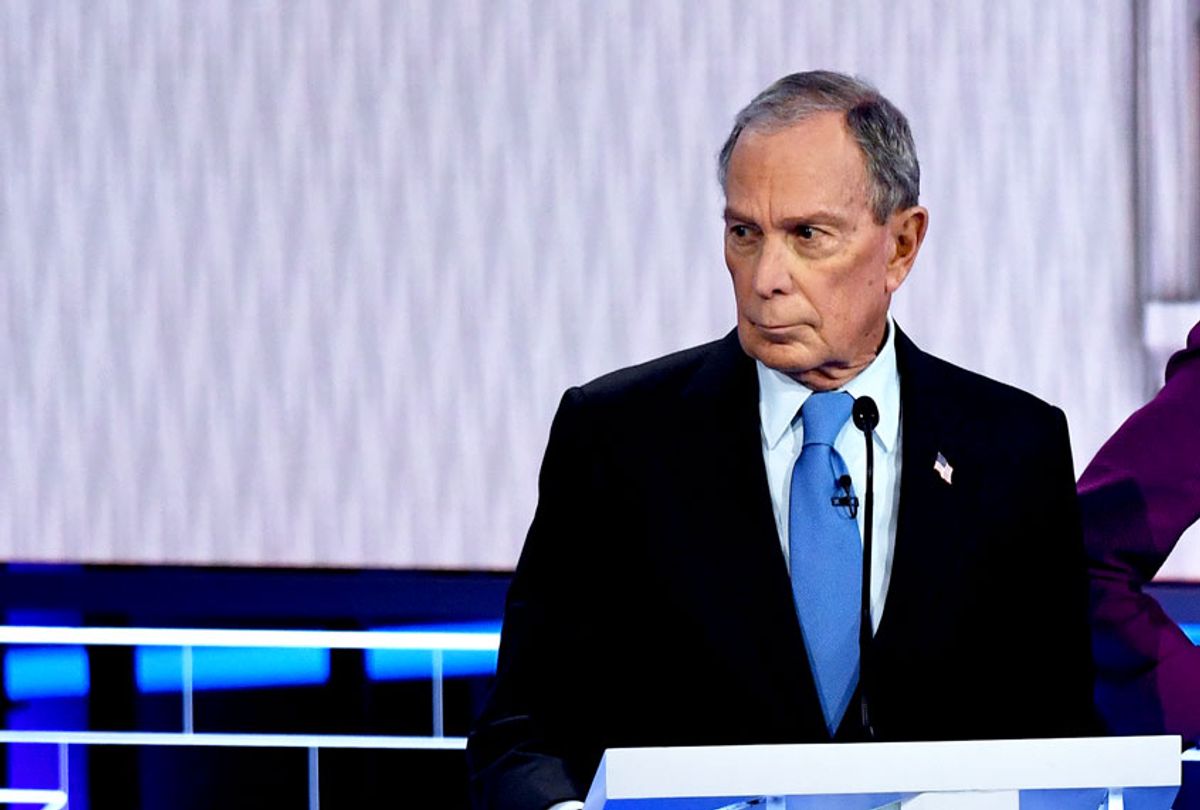 Bloomberg has over the last week raised more than $16 million from individuals and private organizations, which he said would go towards paying down fines and fees for nearly 32,000 Black and Latinx Florida voters with felony records. A controversial Florida law forbids former felons from voting unless and until they pay off all money they owe the courts or other legal parties. Critics have called it a "modern day poll tax."

Florida attorney general Ashley Moody said in the letter that the office of Republican Gov. Ron DeSantis had asked her to look into the issue, CNN reported Wednesday.

"After preliminarily reviewing this limited public information and law, it appears further investigation is warranted," Moody wrote in a letter to the agencies.

Bloomberg aides told CNN that the fundraising drive would benefit the Florida Rights Restoration Coalition, a group run by former inmates focused on making it easier for ex-felons to vote.

In 2018, Florida voters approved an amendment restoring voting rights to more than a million former felons, with exceptions for murder or sexual offenses.

State Republicans in turn enacted a law requiring all previously convicted felons to pay off any outstanding fines, fees and restitution costs before they could vote. The U.S. Supreme Court later upheld the law.

Florida Democrats have argued that the law is a form of voter suppression. Judge Barbara Lagoa, a far-right Cuban-American Republican currently on President Donald Trump's Supreme Court nominee short list, disagreed. She recently voted to uphold the law from her seat on the 11th Circuit Court of Appeals.

During her nine-month stint on Florida's Supreme Court, Lagoa also ruled in favor of the law. Though Democrats on the Senate Judiciary Committee asked her to recuse from the federal case, she did not. She argued that it was different from the state-level case, a point which some view as a gray area when it comes to recusal.

The Trump campaign views Florida as a must-win on its path to electoral victory Nov. 3.

Polls show a tight presidential race in the Sunshine State. Biden has been ahead in many polls this month — but not by much. Recent polls have shown Trump trailing Democratic nominee Joe Biden by only 2% (CBS News/YouGov), 3% (Redfield & Wilton), 1% (Kaiser Foundation Foundation), 2% (Benenson/GS Strategy), 5% (Monmouth University) or 3% (CNBC/Change Research). An ABC/Washington Post poll released Wednesday showed Trump with a four-point lead, or within the margin of error.

FBI spokesperson Andrea Aprea told CNN that while the bureau's Tampa field office had "not officially received the letter" from the attorney general, the agency's "standard policy is not to confirm nor deny the existence of an investigation."

The Florida Department of Law Enforcement confirmed that it had received the letter, telling CNN that it "will review the information."