"It looks like the president is the one to blame now," Brian Kilmeade says. "I don’t know how he has leverage” 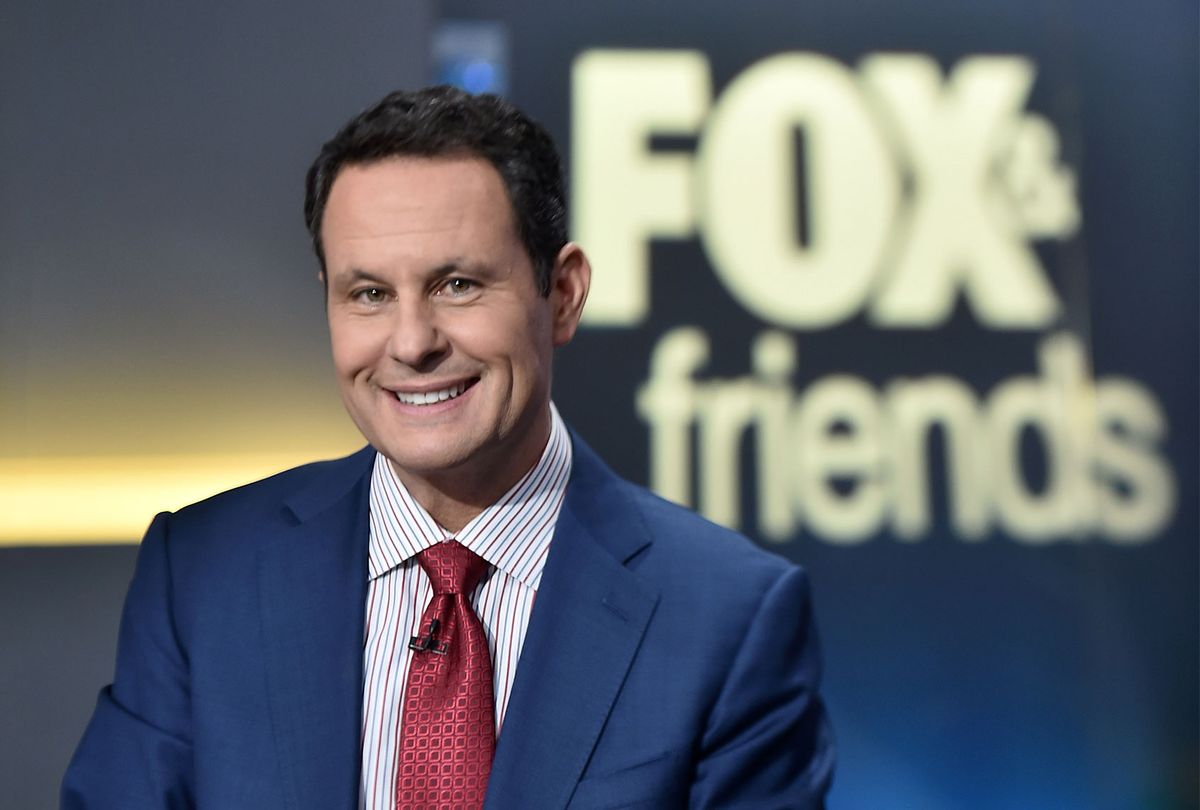 Fox News host Brian Kilmeade cast blame Wednesday on Donald Trump for killing stimulus talks after the president called off negotiations before bartering with himself on Twitter.

Trump declared Tuesday on Twitter that he had instructed his administration to "stop negotiating until after the election" before tweeting that he would sign bills to extend portions of coronavirus relief immediately.

Trump's tweet announcing the end of stimulus talks sent the stock market plummeting. The tweet came about an hour after Federal Reserve Chairman Jerome Powell warned Congress that inaction would result in "tragic" consequences, and there was little risk in lawmakers "overdoing it" by pumping more money into the economy.

"For the president to come out with a tweet like that, with the markets still open, just crashed the market and cost people a lot of money," Kilmeade said on Wednesday's edition of "Fox & Friends." "You have 30,000 people who are about to lose their jobs and be furloughed through no fault of their own. The tourism industry — the hospitality industry has been destroyed. If you work in a hotel, you don't need me to tell you."

He added that Powell had just warned that failing to provide "more help in the economy would risk weakening the tenuous recovery."

"I understand negotiating tactics, but not at this point. I actually think the president now has more pressure on him now than he had before his first tweet, because Nancy Pelosi clearly could turn around and say, 'It's not my fault. I was having talks,'" he said. "So it looks like the president is the one to blame now. I don't know how he has leverage."

The stimulus talks have stretched since May, when House Democrats passed a $3.4 trillion bill, which included aid to cash-strapped cities and states, a second round of $1,200 stimulus checks, billions to save airlines and small businesses and health and education funding, among other measures.

Senate Majority Leader Mitch McConnell, R-Ky., refused to negotiate for months and by late summer pushed for a counterproposal, which included just $1 trillion in spending. Trump and Treasury Secretary Steven Mnuchin recently upped the offer to $1.6 trillion. House Democrats agreed to compromise, too, passing a $2.2 trillion bill, which included largely the same provisions as the first bill but reduced the length of time the relief programs would be extended.

Talks had restarted in recent days, but Trump shut down them down on Tuesday. The biggest impasse appears to be the funding for cities and states. Trump claimed on Twitter that the funding was a "bailout" to "Democrat states" that is in "no way related to COVID-19," even though Democratic and Republican governors alike say they need hundreds of billions to cover budget shortfalls caused by the pandemic.

His tweet came shortly after Powell told the National Association of Business Economics that federal inaction would be devastating and urged lawmakers to do more — not less.

"Over time, household insolvencies and business bankruptcies would rise, harming the productive capacity of the economy and holding back wage growth," he said. "By contrast, the risks of overdoing it seem, for now, to be smaller."

Pelosi slammed Trump after the tweet as "an act of desperation" in a letter to House Democrats.

"Today, once again, President Trump showed his true colors: putting himself first at the expense of the country, with the full complicity of the GOP members of Congress," she wrote.

Some Republicans criticized Trump's decision, too. Sen. Susan Collins, R-Maine, one of the most vulnerable lawmakers this election cycle, said delaying talks until after the election would be a "huge mistake." Rep. John Katko, R-N.Y., said "we cannot afford" to stop negotiations "with lives at stake."

But Trump, who is trailing by double-digits in a slew of recent polls, likely has more to lose by killing stimulus talks than anyone with just weeks left until the election. Within hours, he appeared to contradict his own claim that talks would end and demanded that Congress approve stimulus provisions without the much-needed aid to states and cities.

"The House & Senate should IMMEDIATELY Approve 25 Billion Dollars for Airline Payroll Support, & 135 Billion Dollars for Paycheck Protection Program for Small Business," he tweeted. "Both of these will be fully paid for with unused funds from the Cares Act. Have this money. I will sign now!"

"If I am sent a Stand Alone Bill for Stimulus Checks ($1,200), they will go out to our great people IMMEDIATELY. I am ready to sign right now. Are you listening Nancy?" he added, hours after declaring that there would be no more talks until after the election.

Trump's bizarre negotiating tactic, which he has used repeatedly with little success, prompted Pelosi to question whether the steroid treatment he had received for his coronavirus infection had impacted "his thinking," according to CNN's Manu Raju.

"Economists said Mr. Trump's decision could set back the recovery by ensuring that millions of unemployed Americans and thousands of struggling small businesses are forced to go months without additional help from the federal government," The New York Times reported. "That could produce a spiral in which weak demand hurts businesses and leads to bankruptcies and foreclosures, prompting more layoffs."

"You are pulling the rug out from underneath this economy at a point where we're still in the infant stages of this recovery," Ryan Sweet, an economist at Moody's Analytics, told the outlet.

Economists told The Washington Post that Trump's decision would likely be followed by mass layoffs.

"If there isn't more stimulus, the recovery is in danger of collapsing," Peter Morici, an economist at the University of Maryland who has previously supported Trump, told the outlet. "It's that simple."

Mnuchin made a similar point during a Senate committee hearing last month.