"I was never going to use the N-word": "Fargo" seeks to examine our racist past without new injury 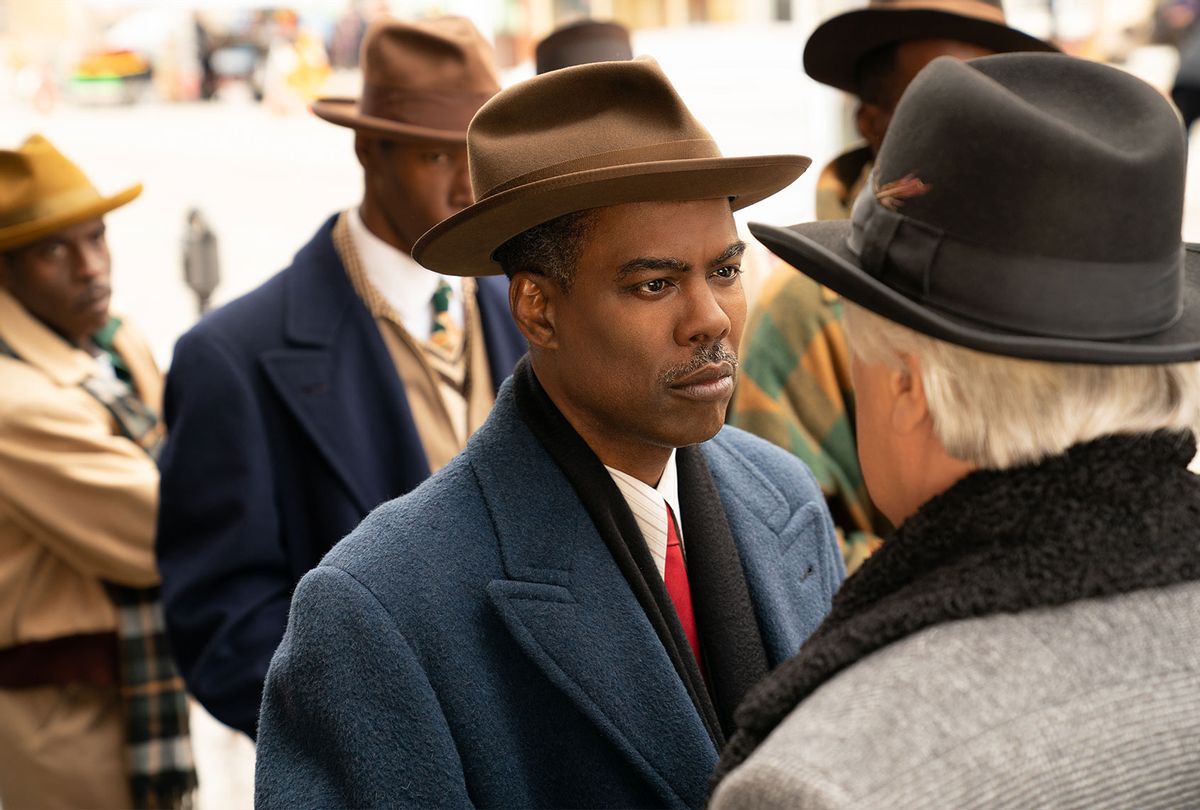 Language. The fourth season of "Fargo" is a prose buffet, heavy and lyrical, and depending on how you feel about the balance between showing and telling in your TV series, Noah Hawley's latest chapter either seduces you with its wordplay or sends you packing.

This is both understandable and the self-exile's loss, since even a less-than-stellar episode of the FX series remains one of the best hours of television. And the new season is nothing if not ambitious, a crime drama pitting an Italian mafia family against a Black syndicate in 1950 Kansas City headlined by Chris Rock and Jason Schwartzman in a rumination on what it means to be American.

But while wandering through this portion of the "Fargo" mythology there's one word that's conspicuously and purposefully absent.

"I was never going to use the N-word in the story," Hawley said in a recent phone conversation. "I never want to use that word. Nor do I think you need to use that word to tell the story, because unfortunately people are going to hear that word in their head, whether we say it out loud or not, you know what I mean?"

Knowing Hawley and his approach to "Fargo," this isn't at all surprising. (And frankly, there's more than enough of it captured and broadcast in horrifying videos in 2020 for its absence to be noted and not missed in this period piece.)  His take on the universe inspired by the Coen Brothers' 1996 film is one purely driven by the moral concepts and quandaries as opposed to the felony or misdemeanors at the center of each season.

The Kansas City section of his take on American history is not about a single transgression but one that begets new violence generation after generation between clashing groups of people, as told by a sprawling cast of characters nursing individual motivations, many at odds with those of others.

Hawley designs this particular "true" story to speak to the hypocrisy of the melting pot myth by bringing two sets of othered people, immigrants and native-born Americans descended from Africans forced into slavery.

"It's not that long ago in which things were just really different to the degree that we don't really acknowledged the difference anymore. Do you know what I mean?" Hawley explained. "I mean, we can all watch [Martin Scorsese's 2002 film] 'Gangs of New York' and see Leo DiCaprio go down to the docks and yell at the next boat of immigrants coming into America because the last one in the door is always at the bottom rung of the ladder."

Even so, Hawley stresses that he didn't set out to position this season as an exploration of race and racism. "You see that in Jason Schwartzman's character the thing that bugs him the most for the whole season is not really the battle he's in with Chris Rock's character. It's the fact that he and his father got thrown out of a hospital for being Italian instead of being white," he points out.

In telling this story Hawley inevitably must contend with the reality of race and racism in America, which he primarily processes through Timothy Olyphant's Mormon U.S. Marshal Dick "Deafy" Wickware, a God-fearing man who announces his racist viewers in his introductory monologue. But the hallmark of Deafy's character is his insistent politeness – he doesn't swear or use epithets in reference to Rock's Loy Cannon or any of his associates, or refer to Schwartzman's Josto Fadda in derisive terms.

"The biggest issue as I figured out how to tell the story, and one that I've been interested to watch in shows like 'Watchmen' and 'Lovecraft Country,' is how do you present the world as it is without creating new injury?" Hawley said. "How do you have you create scenes to show the racist past, without putting characters into scenes in which they're the victims of such overt racism that it feels like it's something you're doing to the actors? How do you do it without creating new injury to the characters, to the audience?"

His answer is to allow his characters to behave as they would in that era, which means wearing a mask of civility over their bigotry. Along with Deafy, this season features Oraetta Mayflower (Jessie Buckley), and Angel of Death figure who takes an interest in her young neighbor Ethelrida Pearl Smutny (E'myri Crutchfield), a biracial girl she decides to make her "project." If a viewer didn't know better they'd see Oraetta's offer as kindly and generous, when in reality, it's quite condescending and sinister; she doesn't see Ethelrida as a young friend but a curiosity to be solved and dominated.

When we're speaking of "Fargo," this subtlety aligns with the series' overall approach to the American tale. The world Hawley and his writers create is one formed by finding meaning in landscape and detail with dialogue heavily accessorizing atmosphere. The drama's signature dialogue can be too much for some people to process, but for those who have an ear for it ride its musicality as part of the experience. To view it that way an offensive insult isn't merely common or lazy. For Hawley, it's out of tune with the rest of the show.

Hawley references "the scenes we dread because we know they're coming and we know exactly what's going to happen in them. Do you know what I mean? The racist sheriff pulls you over and says the racist things and does the racist things that we all know he's going to do. And on one level, you are capturing reality. On another level, you're showing people a scene that they already know how it's going to go, which does not historically make for surprising drama."

More than this, it allows him to expand upon a thought he had in Season 3. "What I found then, and what I was exploring here is this sense of irony without humor. Where it's like the setup to a joke but it's not funny, if that makes sense," he said. "Which is not to say the show's not funny, but this idea of racial injustice, this idea of anti-immigrant fervor, this idea that we're a nation of immigrants telling new immigrants that they can't be American, there's an irony to that, right?"

"Fargo" airs Sundays at 10 p.m. on FX and streams the next day on FX on Hulu.